I can still sew


Just because I haven't posted anything about sewing projects in a long time doesn't mean I have forgotten how to thread a needle.  Part of this is due to the fact that I've been doing other things, including a week-long abortive attempt to escape the nasty winter weather by driving south.  We made the mistake of driving to New Orleans, which arranged to welcome us with an ice storm.

Part is due to the fact that it's Quilt National year again -- not the show but the entry deadline -- and I want to avoid the frenzy of last-minute sewing that kept me chained to the machine for the entire months of July and August two years ago.  I'm almost done piecing Entry #1, which of course I can't show you lest my quilt be disqualified for having been out on the Internet.

But not to worry.  Here's something I finished yesterday that I am delighted to show off.

It's going to have to be mounted in some way, and I haven't yet figured that out.  But the stitching is done. 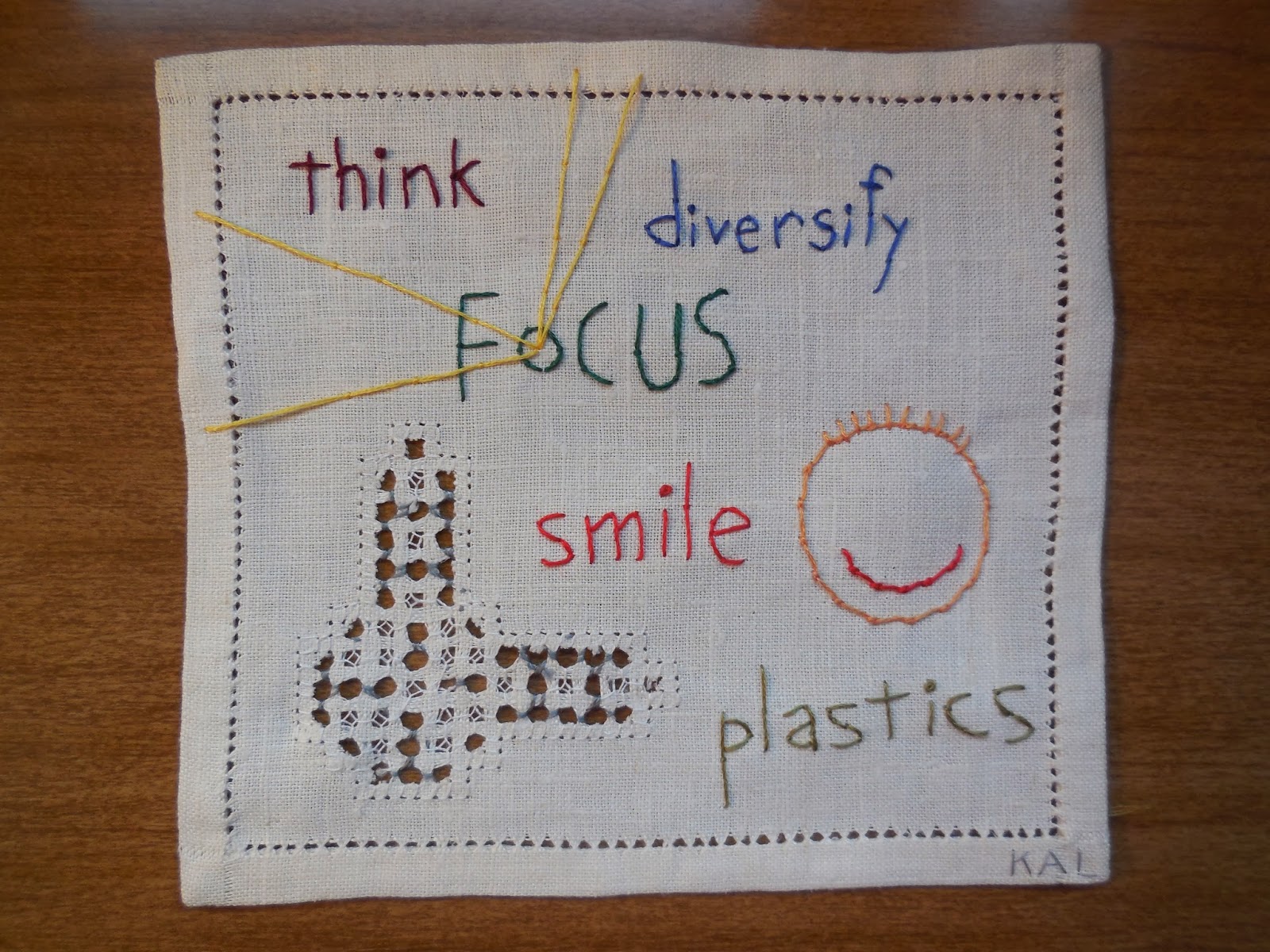 It's stitched onto an old cocktail napkin, which I acquired at a grab bag at my local fiber and textile artists group.  I admit to being mystified about why the hemstitched cutwork detail has been seemingly mended over with gray thread.  The napkin doesn't look to have been used much, so why would it need mending?

There were eight napkins in the set.  I plan to use three of them for a companion piece, Three Words of Advice, and the last four for another one, Four Words of Advice.  Two Words of Advice will have to go on some other found textile.  I'll show you them soon, I hope.