I don't know what it's like in your neighborhood, but here the coronavirus is getting closer and scarier every day.  Our governor has put in new lockdown orders, a couple of friends and relatives are awaiting the results of covid tests, and this morning a contact tracer from our local health department called to say a visitor to PYRO Gallery on Saturday just tested positive.

The person taking the gallery shift this afternoon said she would make a point of wiping down all the doorknobs, light switches, furniture and fixtures.  I had a disconnect when I read her message.  A few hours earlier I had read in the New York Times that the public health people now have concluded that there is "little to no evidence that contaminated surfaces can spread the virus."

In other words, all the ostentatious deep cleaning, all the guys in hazmat suits spraying down airports, all the washing of cans and bottles from the grocery, all the three-day quarantining of mail, probably didn't accomplish much in the way of keeping us safe.

How does this happen -- the conventional wisdom from March turns out to be mostly wrong in November?  I think there are two elements in play.

First is that in March we knew so little about the coronavirus and how it operates, so we seized upon the few things we could pin down and measure.  Somebody in a lab somewhere determined that a virus particle could live on a surface for days, so it seemed like a no-brainer to splash bleach on all the surfaces you could think of.  Couldn't hurt, right?  And then when later scientific experiments and observations realized that the real danger comes from the airborne particles from sneezing, coughing, singing, yelling and otherwise breathing hard, it's hard to make people forget the terrified response that used to seem like a good idea.

But second, wiping down surfaces quickly became security theater.  You know, like making everybody take their shoes off to get through airport security, even though there never has been another shoe bomber since that one nut job was caught in 2001, even in all the countries of the world where you don't have to take off your shoes.

It's one thing when those in power deliberately use security theater to put on a show of concern and action, even while they're doing very little about the real dangers.  I'd put taking-off-shoes in that category.  And I'd put some of the hazmat disinfection efforts by businesses in that category as well, as if wiping down the doorknob or the assembly line makes up for failure to have employees keep proper distance, failure to enforce mask wear, or failure to test and trace infections among workers or customers.

I know it's hard to keep up with the changing dos and don'ts of the pandemic.  In March they were telling us to scrub the canned tuna but don't bother to wear a mask.  In November they're telling us to wear a mask everywhere but don't bother with the bleach.  It takes time and energy to keep up with the changing advice, and people who don't trust scientists may not follow it anyway.

So as a result, here we are today -- 57 million people sick around the globe, 1.3 million dead, more sick and dead in the United States than in any other country.  I say there's a particular place in hell for those who mislead us into doing the wrong things, or who urge us to do whatever we want, as if there were no pandemic at all.

Wear your masks, people!  But probably don't bother with the Clorox. 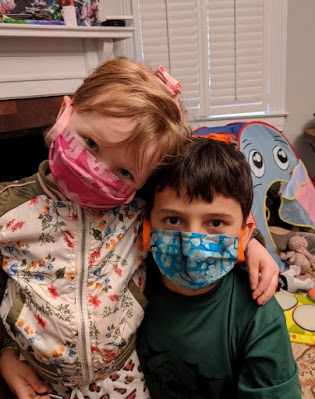 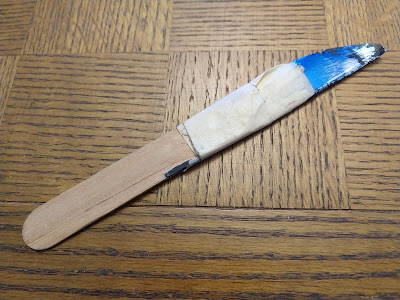 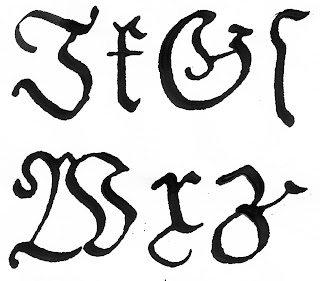 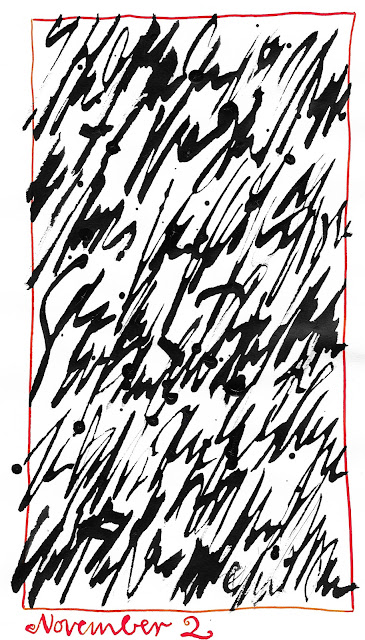 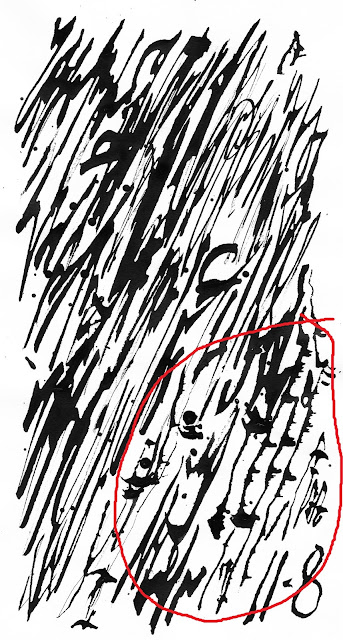 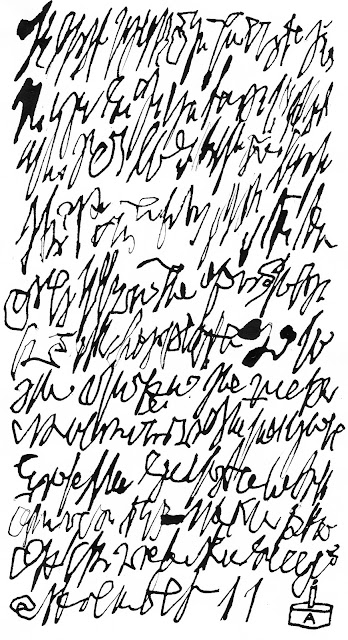 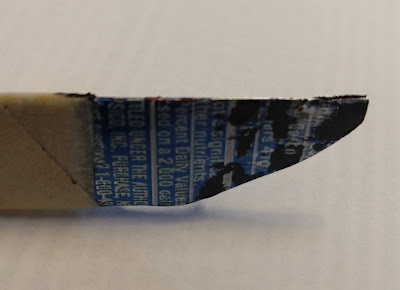 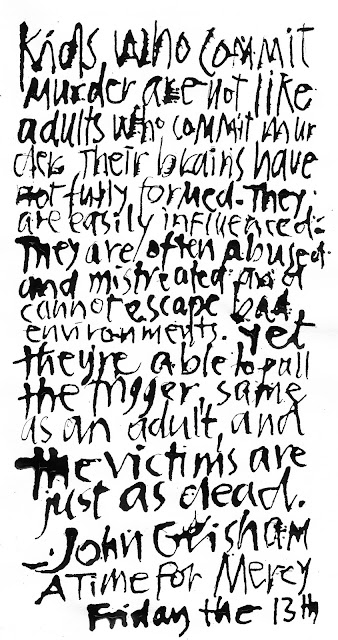 Posted by Kathleen Loomis at 5:18 AM 2 comments:

Last night I received one of the strangest and loveliest compliments I've ever heard.

My beloved daughter-in-law, after coming over loaded with groceries, cooking and serving dinner, and cleaning up the kitchen, said to me "I love coming over here.  It kind of reminds me of my grandmother's house.  It smells so good, like... like a house full of neatly folded textiles!" 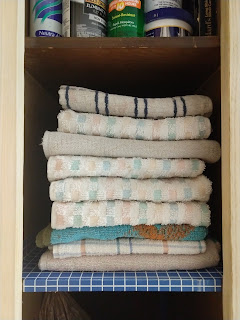 We laughed at the weirdness of the simile, and yet I thought what a wonderful way to sum up my life! The rest of my house is a jumble, a game of musical mess, with piles of stuff moved from one place to another as I need to clear off this table or that counter -- but my textiles are always neatly folded.

What character flaw has made me compulsive about the sheets and towels and sweaters and fabric and so laissez-faire about everything else? 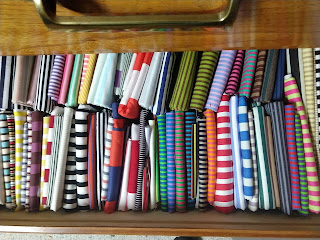 I don't know, but there it is.  Maybe that should go on my tombstone -- HER TEXTILES WERE ALWAYS NEATLY FOLDED.  You could be remembered for worse. 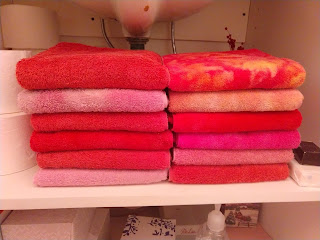 One of the huge economic changes of the pandemic has been a shift to ordering online instead of going to the store in person, and people who follow this sort of thing for a living expect that we'll never go back to the olden ways.  Not that remote shopping wasn't a big deal even before the coronavirus, but it has skyrocketed this year.  Just one statistic: Amazon Prime Day sales were up 45% over last year.

I know there's a generational gap in here somewhere; my children are totally comfortable with buying things sight unseen, whereas my husband and I hardly ever think to do so unless we've first tried brick-and-mortar.  I like to feel the goods, try on the shoes, find the reddest pepper.  But even I am getting more willing to get with the 21st century.  Especially when it comes with free shipping.

But there's a big downside, namely all the damn packaging.

Here's a box that arrived last week (after we encountered empty shelves at the local big box). 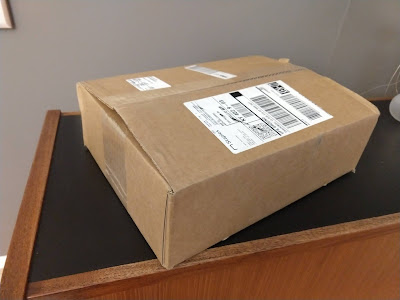 You might expect it to be chock full of big things... 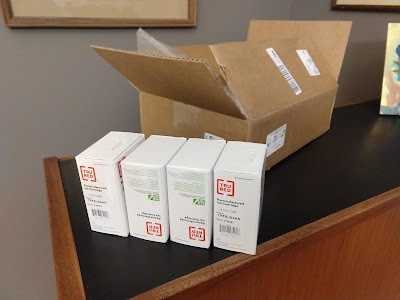 ...but no, here's what was inside.  And that's not the worst of it -- when you get down to the actual products, here's all it was: 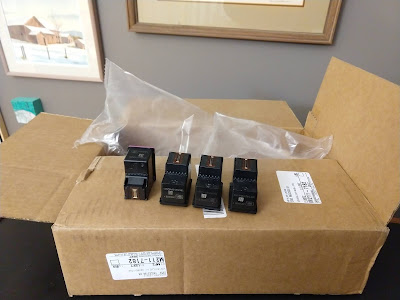 So will we run out of landfills before we all succumb to coronavirus?

So many things are different this plague year, especially the election.  And many of the changes are for the better.  In Kentucky, for the first time we've been having early voting for weeks, including on weekends and late into the evening, and mail-in ballots for anyone who has reason to avoid going in person.  Thankfully, we've been spared the meanness of lawsuits trying to block any forms of alternative voting that have plagued so many other states.

But whether it occurs in a school gymnasium, a church basement, somebody's garage or your own dining room table, it all comes down to the ballot.  We Americans have a chance again this week to exercise the ultimate right of citizenship -- no, not the right to bear arms or the right to low taxes or the right to drink maskless in a bar any damn time you want -- the right to vote.

I was looking through some of my files of found poetry and came upon this one made two years ago.  I think it's still relevant, maybe more now than ever.  If you haven't done so already, vote.  The future awaits your choice. 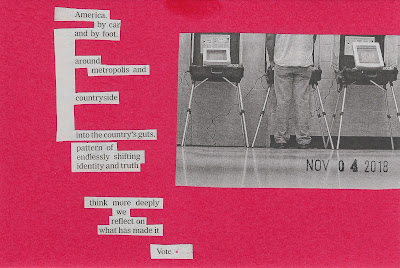