From the archives -- River Maps


The same show that prompted me to unearth my Actuary's Map quilts called forth another series of map quilts, which I call River Maps.  I was experimenting with a new technique, affixing tiny bits of fabric to a quilt sandwich with a grid of stitching.  The first one I made was low-tech.  As I recall, I drew a grid of dots a half-inch apart, started stitching along the lines, and stuck a little bit of fabric (just under 1/2 inch square) at each dot with a tweezers so I could sew over it. 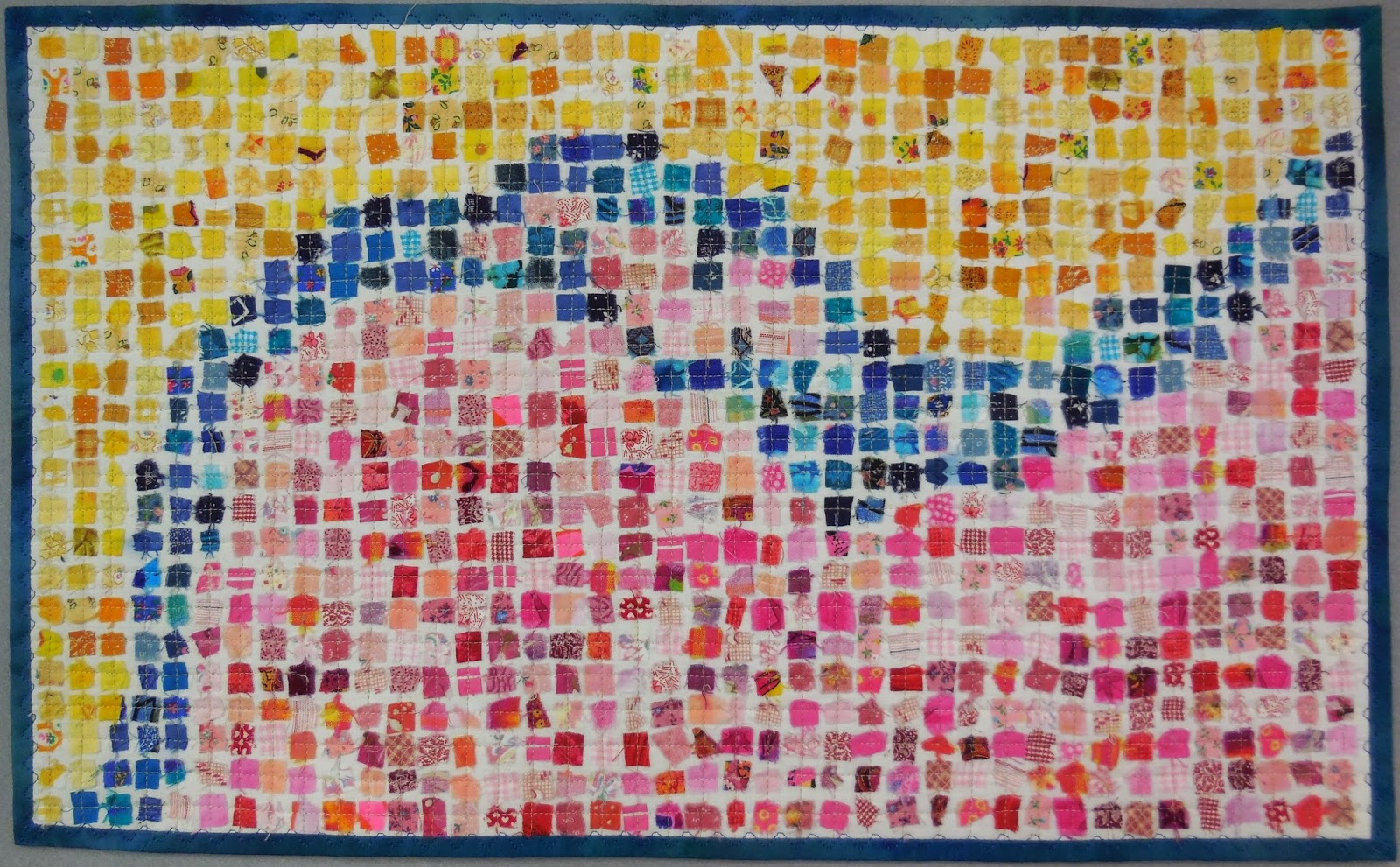 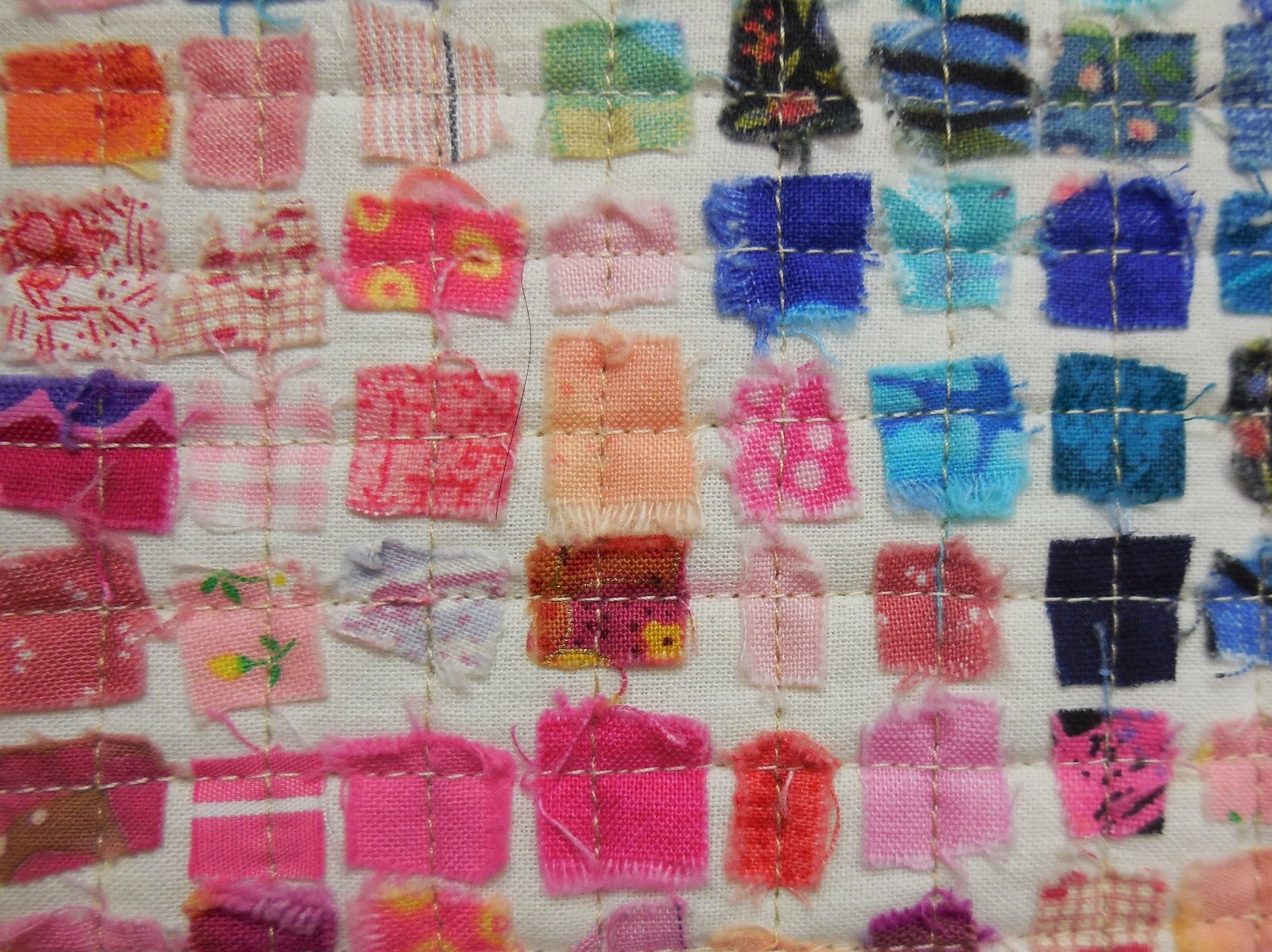 As you might imagine, this was time-consuming.  At each intersection I had to consult my diagram, find a piece of fabric the right color, put it in place, then hope it didn't blow, levitate or get pushed out of position before it got sewed down.  I decided I liked the process but it had to be streamlined in some way before I could do it again.

This turned out not only to be fiddly beyond belief, but very difficult.  I would lay out the squares onto the backing and try to fuse them down, but static electricity caused them to leap out of place and stick to one another instead of just lying there waiting to be ironed.  I tried spraying a teflon pressing sheet with Static Guard and putting that on top, but it helped only a little.  After I did a bit of the second quilt, I abandoned that idea. 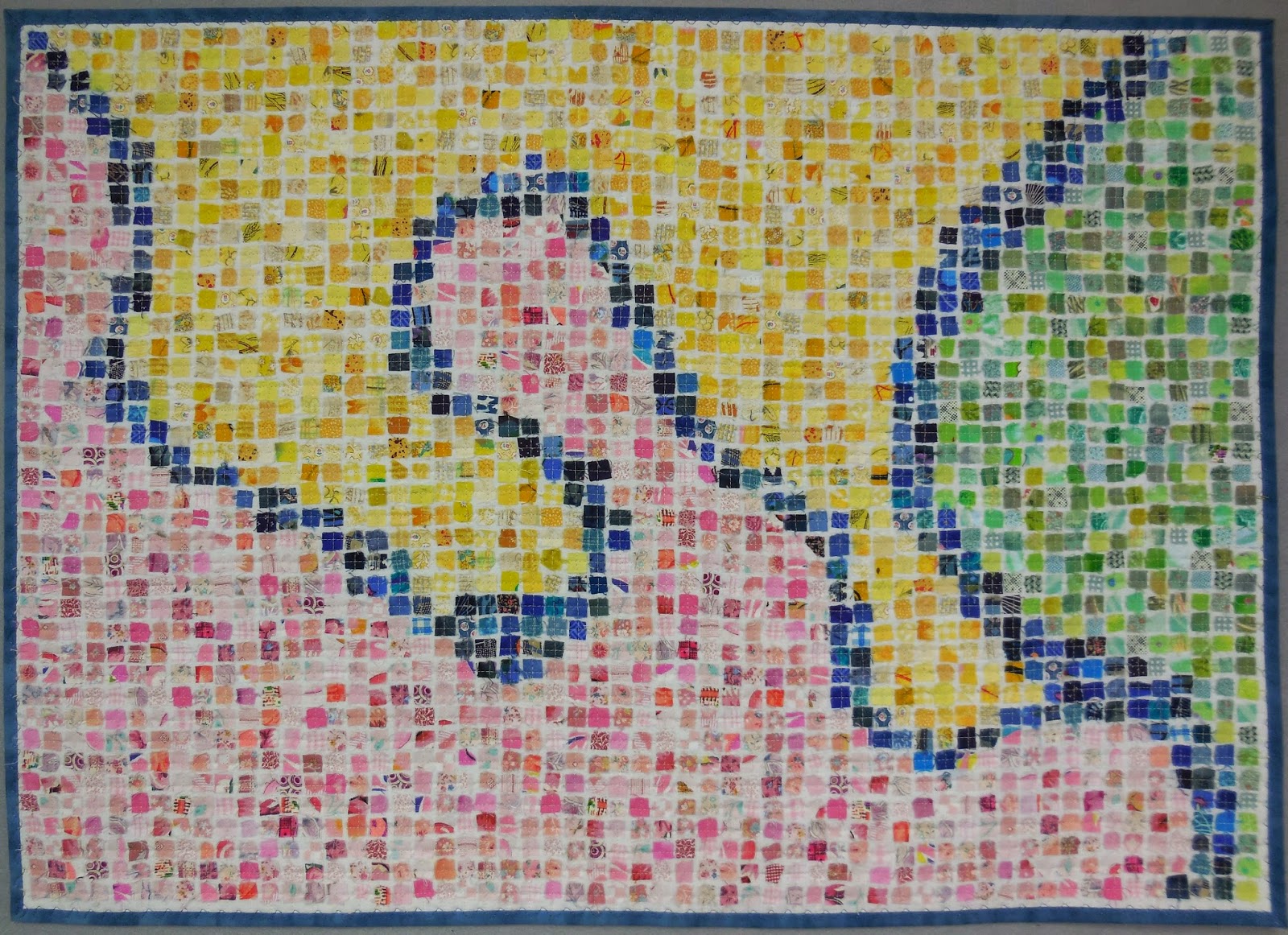 Eventually I decided to glue each little fabric bit in place.  Again, I marked a grid on the backing fabric, put a drop of Elmer's Glue on each intersection with a toothpick applicator, then picked up each little square with a tweezers and pasted it in its place.  That worked pretty well, although a few pieces came unglued and went AWOL before they got sewed down.

The only problem was that it took forever.  After I made the River Map quilts I used the technique on a huge piece with over 8,000 little squares.  It took weeks of work to get the squares glued.  I would go into my studio in the morning, put on some nice music, and disappear into a zen state until it got dark.  My husband was away someplace and so I was not disturbed by suggestions that we should eat lunch or dinner.  I would glue squares for eight hours straight and realize that I had only done six inches or so.  The next day was more of the same.

I loved the effect but not the work, so the River Map series ended at three.  Too bad -- they were pretty flashy.