The Quiltart list has been abuzz with discussion of prayer flags, a discussion that I kind of started.  Somebody had posted to the list about a project having to do with prayer flags, which elicited a few comments.  But then I happened to be browsing in one of the online fiber art shops and discovered a bunch of prayer-flag things for sale -- magazines, books, kits to help you make prayer flags.  Apparently one of the quilting magazines had sponsored a challenge in which readers had to make prayer flags.  There's even a blog devoted to a "prayer flag project."  And I was mystified. 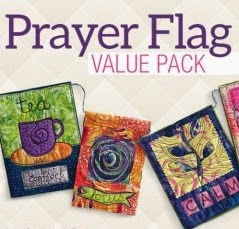 I wrote back to the list:  "So what's with the prayer flags?  ... Is there a sudden nationwide Great Awakening of Buddhism?  Or is this some kind of trendy appropriation of some other culture's sacred objects because they're small, cute and easy to make?  Next year will everybody be making (and buying kits for) little slips of paper to leave between the stones at the Wailing Wall?"

In the ensuing discussion, somebody commented that she asked several of her Buddhist friends whether they were offended by non-Buddhists making prayer flags, and the answer was no.  In fact, she wrote, "the spreading of beauty, and the dialogue that may be generated by the creation of a prayer flag, would be a positive impact."

I think that's a remarkably generous response from members of a group whose religious artifacts have been hijacked.  I'm not sure we'd see similar tolerance if, for instance, people from other cultures  -- or even from our own culture -- appropriated Christian symbols and practices.  Heck, we already haven't -- look at the outraged response when Chris Ofili made Madonnas supported on feet of elephant dung or when Andres Serrano photographed a crucifix submerged in a bottle of urine.  And that happened even though arguably the artists were treating the religious symbols with respect. 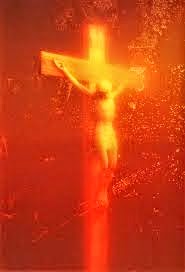 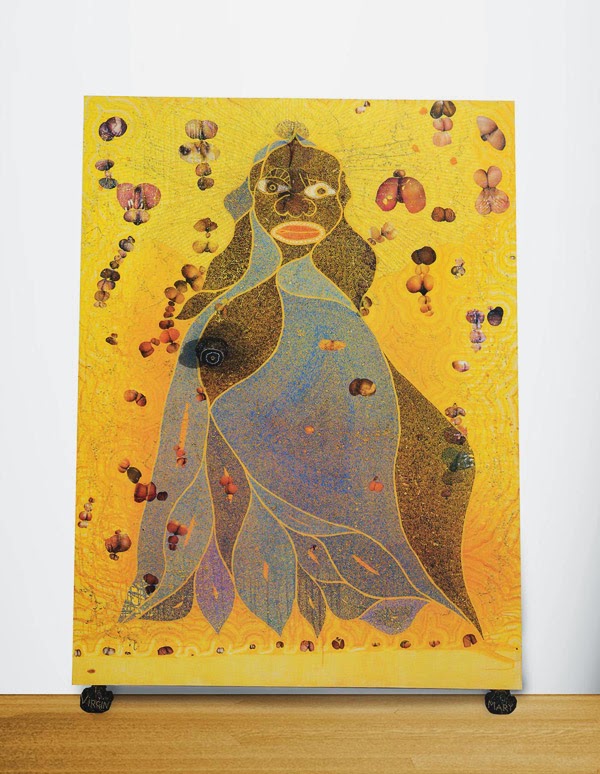 Another post to the Quiltart list said, "It never occurred to me that a sacred image, used in a reverential, thoughtful way could ever be offensive."  Obviously it can (Serrano describes himself as a devout Catholic but his work has been destroyed several times by people who said they were offended by it), but that's the subject for another discussion.  My question is whether the prayer flags are actually being used in a reverential, thoughtful way.

But avoiding offense is only one reason to be cautious when appropriating the symbols and sacred things of another culture.  The other reason is that it's often a sign of artistic bankruptcy.

When an artist uses a preexisting symbol, image or concept in his own work, it should be for a reason.  If you use something from your own cultural heritage -- let's say, for instance, a quilt -- it's generally because you're wanting to comment on how that heritage has affected you, how it has changed or not, or how it relates to today's society.  If you use something from somebody else's heritage, viewers will justifiably wonder why you have chosen it as part of your message.

That's my problem with a lot of the mixed media work seen in the craft magazines, especially in theme challenges.  When readers are asked to make prayer flags or shrines, or to make collages using birds or 1930s luggage labels, they are in fact being asked to adopt images and practices that mean nothing to them.  And when you make art based on arbitrary images and concepts that mean nothing to you, how can it be good art?

Years ago there was an equally spirited discussion on the Quiltart list about people who make art with trendy images such as mushrooms, butterflies, frogs or whatever the tchotchke du jour happens to be.  People commented that there's nothing wrong with that if you really like mushrooms, butterflies, etc. I suggested at the time that if a student of mine showed up wanting to make art with butterflies I would probably ask her:  How long have you been using butterflies in your art?  What does the butterfly mean?  Is the butterfly you?  What's this butterfly doing?  Is this artwork optimistic, pessimistic, fatalistic, cheerful, sad, or what?  Has your treatment of the butterfly changed since you have been using it?

I suggested that answering these questions (or not) would quickly separate the artist who is validly using the butterfly from the dilettante who has just grabbed up on the cutesy little doodad of the moment. But meanwhile I'm skeptical of the prayer flags, and unhappy with the entrepreneurs who encourage people to use them in faux art and sell kits to help with same.