Other artists think about flags


With my longstanding fixation on the flag, I have been alert to its use in other people's art as well as my own.

I found lots of flags among the Impressionist painters; their bright flutter must have been magnetic to artists trying to capture the momentary light of a scene. 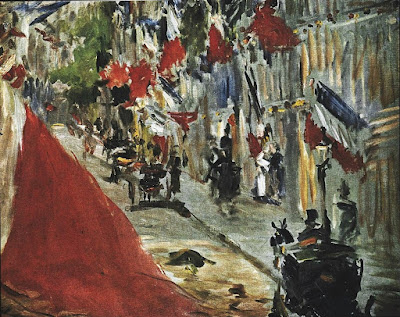 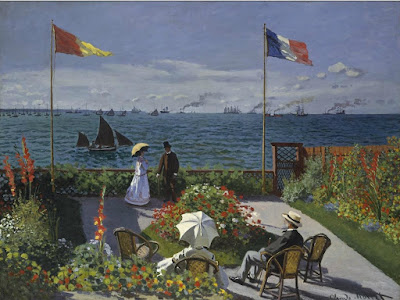 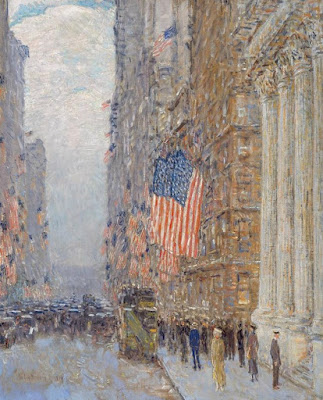 Childe Hassam, Flags on the Waldorf, 1916

More contemporary artists have used the flag too, but often in a political or ironic sense rather than simply as pictorial objects. 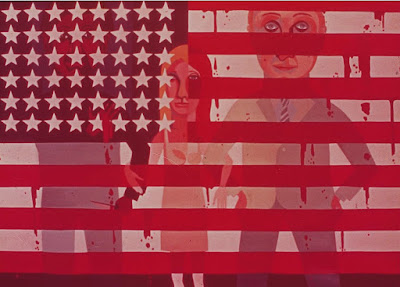 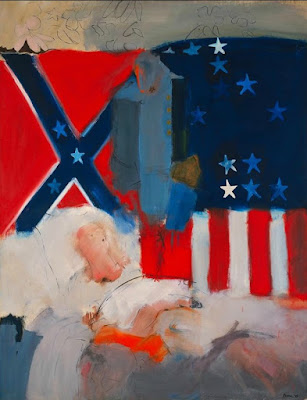 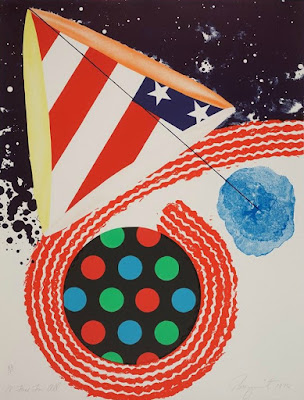 And the godfather of all flag art, Jasper Johns has used the flag as a recurring theme, making more than 40 paintings in different sizes and color palettes. 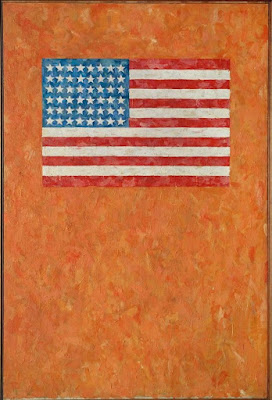 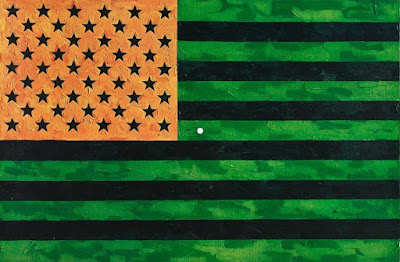 This one is painted in complements; if you stare at the white dot in the middle for a while and then look at a white wall, you'll see the RWB flag.

Johns' flags raised all kinds of consternation among art critics and theoreticians: were they actually flags, or were they pictures of flags?  It's hard for anybody other than art critic/theoreticians to see what the difference is, or why it matters, but thousands of trees were sacrificed for the discussion.  I don't particularly care about the answer, but I really love the flags (and everything else Johns has ever made).