I mentioned in my last post that I've had flags on the brain for quite some time, and promised to tell you about why that's such a powerful image for me.  I've always loved the flag.  Back in the 70s there was a time when Vietnam hawks and social conservatives (often the same people) appropriated the flag as a symbol of conservative hawkery; waving the flag or wearing a flag pin showed your disdain for filthy hippies, peaceniks and liberals of all sorts.  It took years before we filthy hippies were able to reclaim the flag as ours too.  Since then I have made a point to celebrate the flag whenever I can.

I rarely walk past a flag without taking a picture.  In my years of daily and weekly photographs posted on the blog, I've shown many many pictures of flags, like this one: 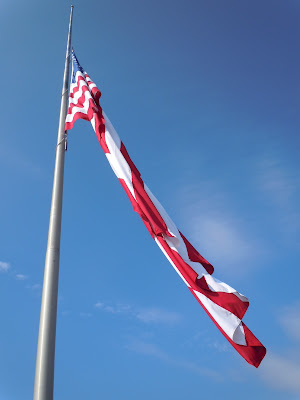 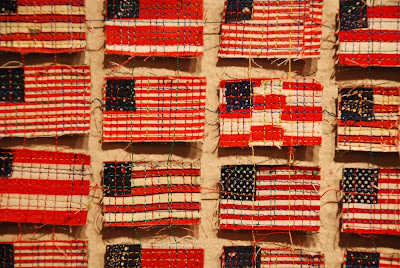 And I'm in the midst of making a new flag quilt right now.  It's going to be one of my Quilt National entries so I have to play coy and not show you more than a peek, but here's what the red stripes look like: 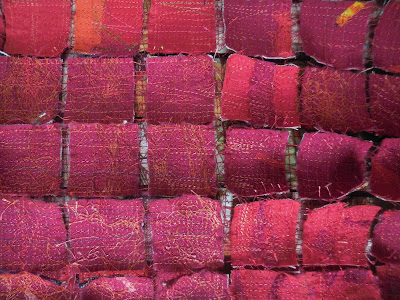 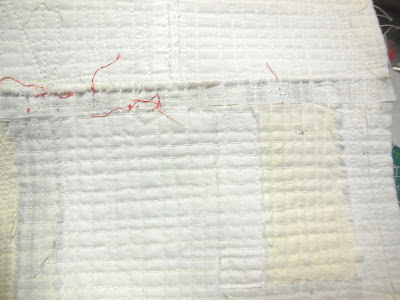 If you think this flag has seen better days, you're exactly on my wavelength.  Contemplate your own metaphor.