Checking in on calligraphy 2


I have been looking to the book Schrift Spiele by the German calligrapher Denise Lach as inspiration for my daily calligraphy.  This example from the book spoke to me, and I have been trying for several weeks to achieve similar results that made me happy.

I like the contrast between heavy blobby strokes and very fine lines, and the way the actual letters are difficult if not impossible to make out.  The text said it was done with a "glass pipette" which I gather means an eye-dropper kind of tool.

So I looked around the house for eye-dropper kind of tools, and came up short.  But wait, how about the eye dropper inside the bottle of ink?

I did a bunch of dailies with this method, and was less than thrilled. 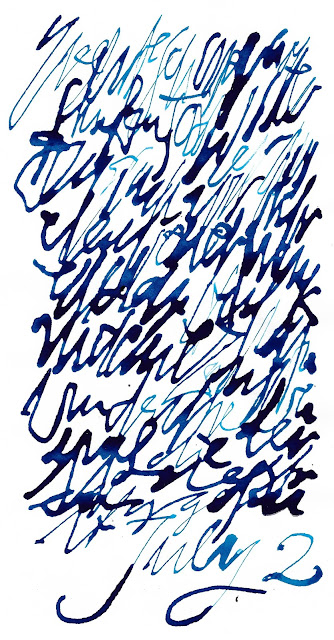 The blobby strokes worked out OK but the hairlines were more difficult.  This effect was exacerbated by the tendency of the acrylic ink to show up much lighter in value when there isn't much coverage. 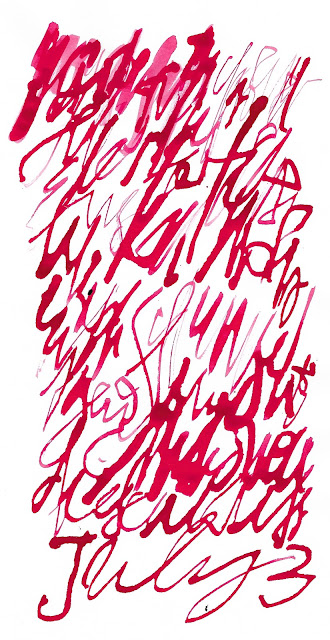 Next I tried my old coke-can-and-tongue-depresser pen, which gave a different nuance to the fine lines. 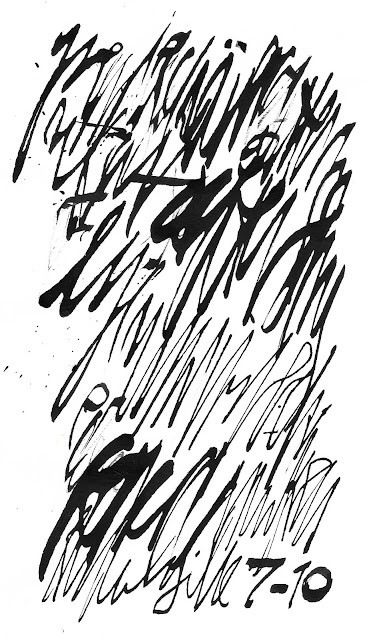 Sometimes I'd get ink splatters, which were OK, but overall I felt the ink flow was very hard to control, and I just wasn't happy.  Some parts of the composition were nice: 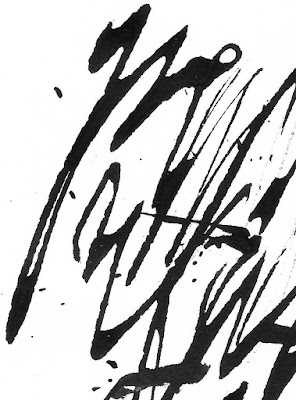 ...but other parts seemed crude and ugly: 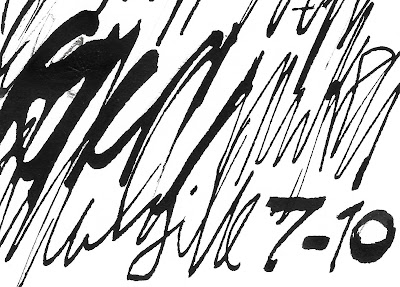 I decided I needed a better tool.  I'll tell you about that in the next post.