Greenland on my mind

Several years ago, coming home from Europe, we were able to see the very tip of Greenland from the plane. I was enthralled by the sight of huge black cliffs rising sheer out of the ocean, making a maze of fjords and passages. The sight was magical enough that I resolved I would go there again, this time at sea level.

In 2003 we went on a cruise/tour to Greenland that was one of my top ten travel adventures. We flew over the ice cap. We visited the site where Eric the Red, exiled from Iceland after he committed murder, established a settlement in the early 900s. We visited the capital city of Nuuk (Greenland is part of Denmark but has home rule and is looking for eventual independence) and then sailed around the southern tip of the island, through the very fjords that we had seen from the plane, and back to Iceland.

This week we again came home from Europe and saw Greenland from the plane – a much better view than on our first flyover. The black cliffs were just as dramatic, but I think we were a bit farther north and thus saw a lot more of the island. And it was clear enough to see icebergs, glaciers and the vast inland ice cap. 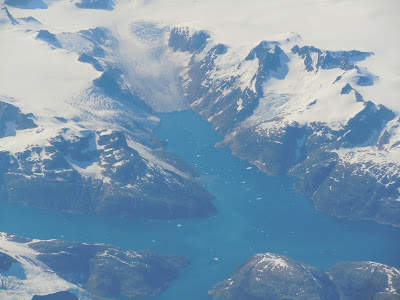 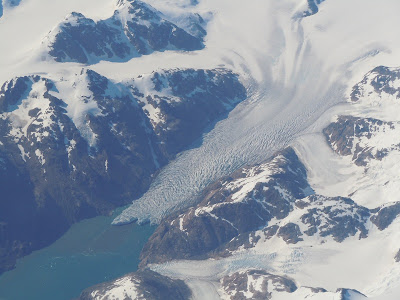 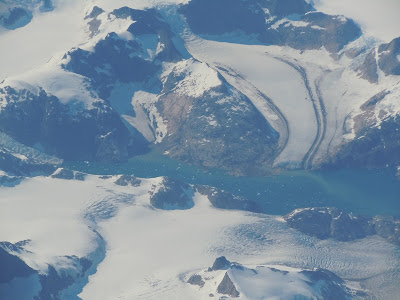 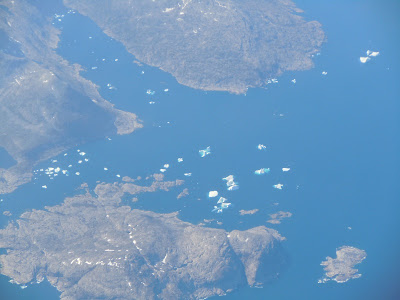 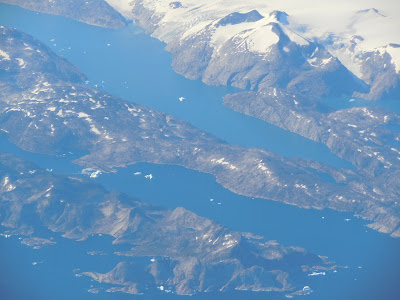 On the airplane I found a magazine published by the Greenland tourist bureau and spent an hour reading their propaganda designed to make me want to visit. It worked!! And then to top it off, I got to see it again, if only from 35,000 feet. I’m ready to go back in a heartbeat. 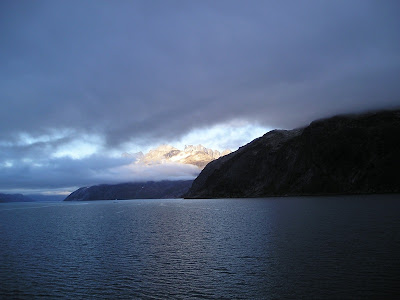 Just to make this art-related, if anybody wants to take one of these photos and make art from it, you have my blessing.  Just show me what you make, so I can stoke my wish to go back.
Posted by Kathleen Loomis at 12:47 PM