Several people commented about my "marketing strategy" -- buy my book or I'll kick this puppy.  So far no death threats have come my way, but it occurred to me that many of my readers may not get the joke.  I was referring back to a famous moment in journalism when the National Lampoon ran this cover: 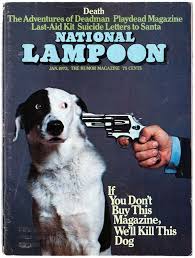 "If You Don't Buy This Magazine, We'll Kill This Dog."  It was pretty cheeky for 1973, widely known and celebrated in journalistic circles, and has proved to have considerable staying power.  Other magazine editors glommed onto the concept and tweaked it:

2007: "If You Don't Buy This Magazine, Dick Cheney Will Shoot You in the Face" 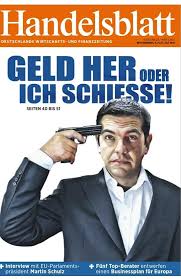 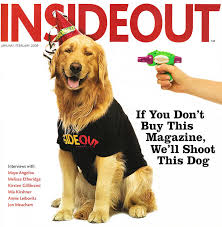 2009:  didn't even bother to change the headline, except to substitute "shoot" for "kill" 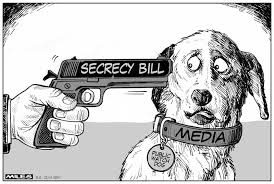 2011:  the image alone makes some people remember the original caption, so it's useful for editorial cartoonists to depict blackmail situations.

I still want you to buy the book.

Posted by Kathleen Loomis at 6:01 AM