Love will find a way


My son sent me an email the other morning -- "Do you have fiberfill?"

What on earth could this be about?  He said it was for a secret project and he would come over and show me.

He pulled this out of his bag: 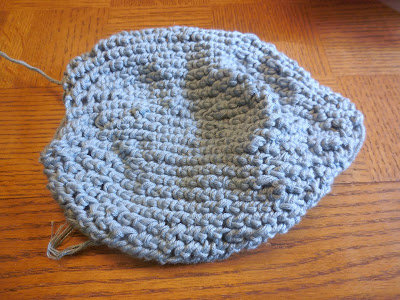 It  was about five inches long and four inches across.  This required further explanation.

The occasion was his first anniversary, and after some discussion with his wife about what she would like him to do for her, she tossed out an off-hand remark -- "what I really want is a crocheted Oddish but you'd never be able to do that."  (She has been bribing herself with Pokemon Go to walk 20 miles a week, and the Oddish is her favorite character.)

My son being the kind of guy he is, filed away that remark and said to himself, "that couldn't be too hard."  So he found directions on the internet, bought some yarn and a crochet hook and went to work.  As you can see, there were a few glitches in this first segment, including that protuberance on the right-hand end which we think was supposed to be a flat base.

Fortunately he lives only two miles away so he could come over for consultation several times.  His purchased crochet hook went MIA and he had to come by for a replacement.  We stuffed the segments and figured out how to sew them together.  We found the perfect hemispherical red eyes in my button box and embroidered a blue smile. 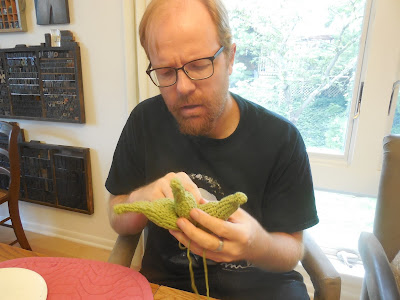 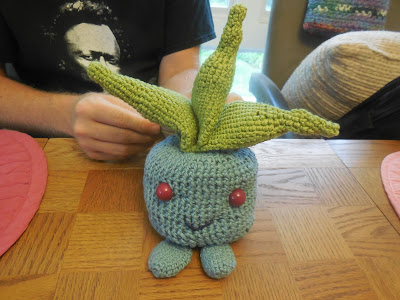 The directions had said to put a stitch marker at the beginning of the row.  I was pleased to see his improvised device, straight out of the Lego box: 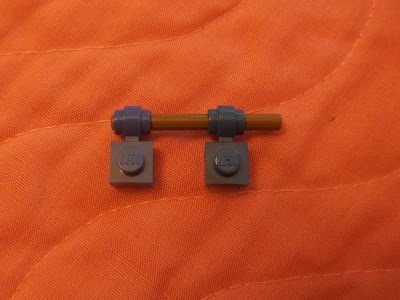 Here's the surprised recipient with her new toy.  I bet next year she will think carefully before she says what she really wants for her anniversary. 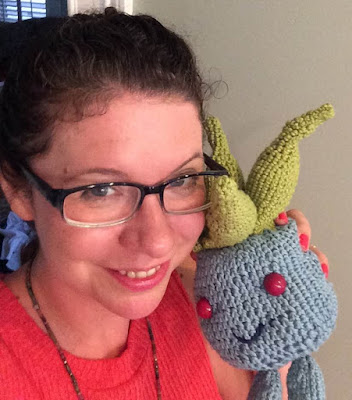 Posted by Kathleen Loomis at 5:12 AM