My brother said "We're in New Mexico -- we have to go to the Georgia O'Keeffe Museum."  So even though nobody else was wildly enthusiastic, we did.  I was surprised at a couple of things: first, that the museum is so small, and second, that there are so few of the iconic Georgia paintings.  Only one skull, as I recall, and only two or three big flowers.  That was fine with me, since I'm no big fan of her skulls and flowers.

I am a big fan of her upstate New York barns, and disappointed to find only one such painting.  It was a nice one, in a subdued palette, with only a touch of red at the far left edge to enliven the scene. 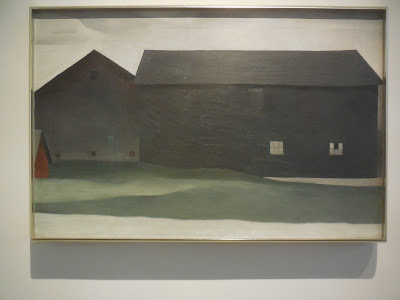 I also like the urban scenes from her New York City days. 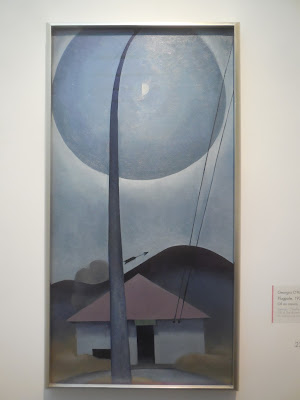 
This skyscraper painting, done in the 70s, is very similar in composition (but twice as big) to one made in 1926. 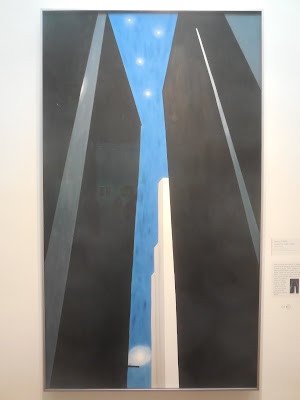 Perhaps my favorite paintings in the museum were among her last works, from the late 1970s, when she was severely impaired with macular degeneration.  These vivid watercolors use simplified forms and from-the-tube colors, and glow with the mastery of a hand that remembered very well how to paint, even if the eye had problems keeping up. 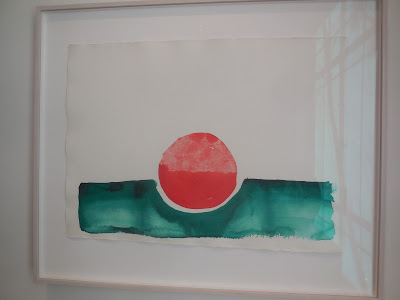 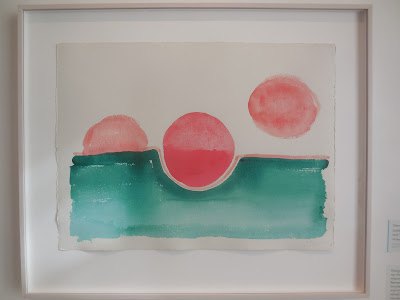 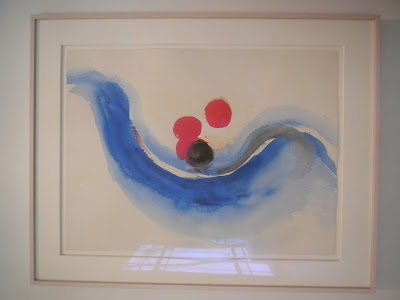