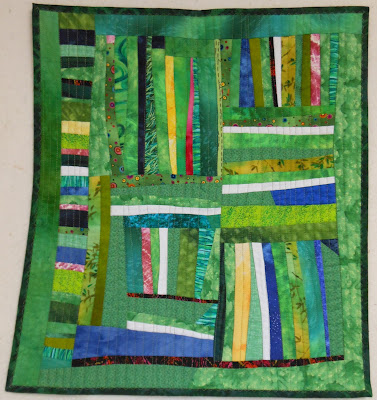 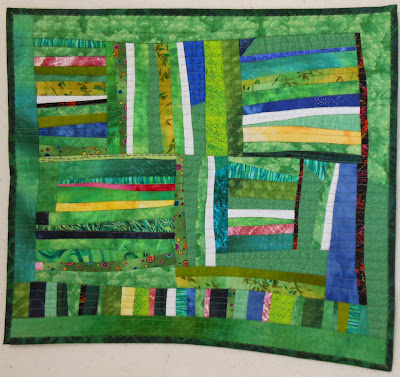 Although I made the quilt in 2002 I haven't laid eyes on it for several years.  I took it to my neighborhood quilt shop to display because I was going to teach a class in this technique of piecing, and after the class never got around to collecting the quilt.  I kind of liked having it hanging in the shop to keep my name out there.  But the shop has closed, and the quilt has come home.

The other day as I was putting it away I noticed the back of the quilt, with a little detail that I thought might be helpful to share.

When I made the piece several years ago my first idea was to have it horizontal, and that's the way I put the sleeve on.  But for some reason I subsequently decided that it would also look good in the vertical orientation.  So I put a second sleeve on. 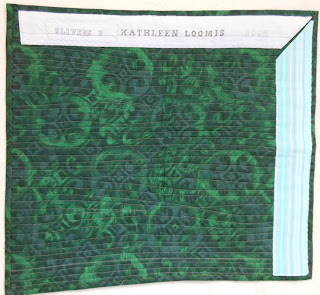 Because each sleeve is sliced off on the diagonal, you can insert a hanging rod in either direction and still have it support the entire width of the quilt.