Over the holidays we took a cruise up the Amazon as far as Manaus, which was quite the metropolis at the turn of the last century when the Amazon was the world's only source of rubber and the growing auto industry was gobbling up more and more of it.  The opera house is a replica of La Scala in Milan; Gustave Eiffel designed the marketplace.  Tres elegant!

Today the rubber trade has dwindled, since a British entrepreneur/thief smuggled out rubber seeds a century ago and established plantations in Malaya.  Manaus is still bustling but its almost two million people make much of their money assembling electronic devices.

One thing hasn't changed: people need their food.  Eiffel's little market building is under renovation and the vendors are in vast temporary quarters across the street.  Here are some of the sights (more market photos here and here on my food blog). 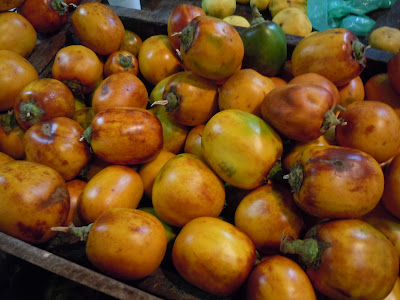 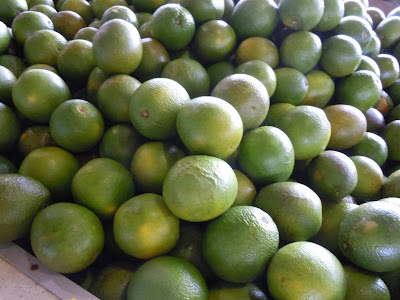 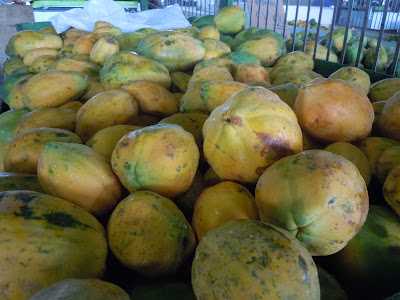 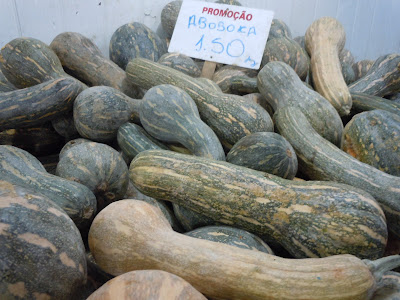 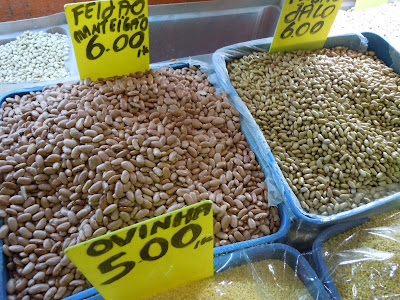 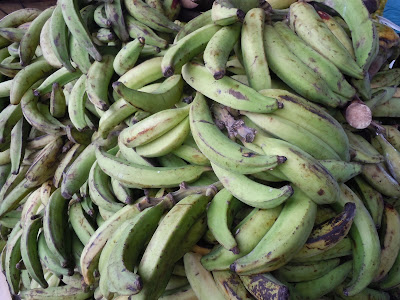 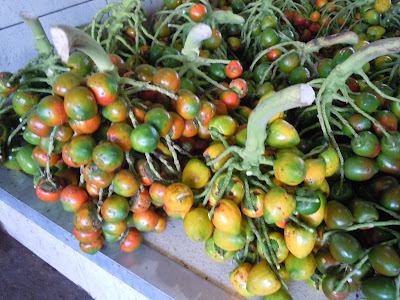