Faithful readers will know that I've been associated with the juried show "Form, Not Function: Quilt Art at the Carnegie" since its inception in 2004.  In 2006, if my memory is right, I made the comment while helping to hang the show that I was pleased to see a couple of edgy pieces with political messages -- and the next thing I knew, had decided to put my money where my mouth was and fund an award for political and social commentary.

I think this is now the ninth year for the award, and I'm happy to announce that this year's winner -- awarded last night at the FNF opening  -- is Debra Roach of Honeoye Falls NY. 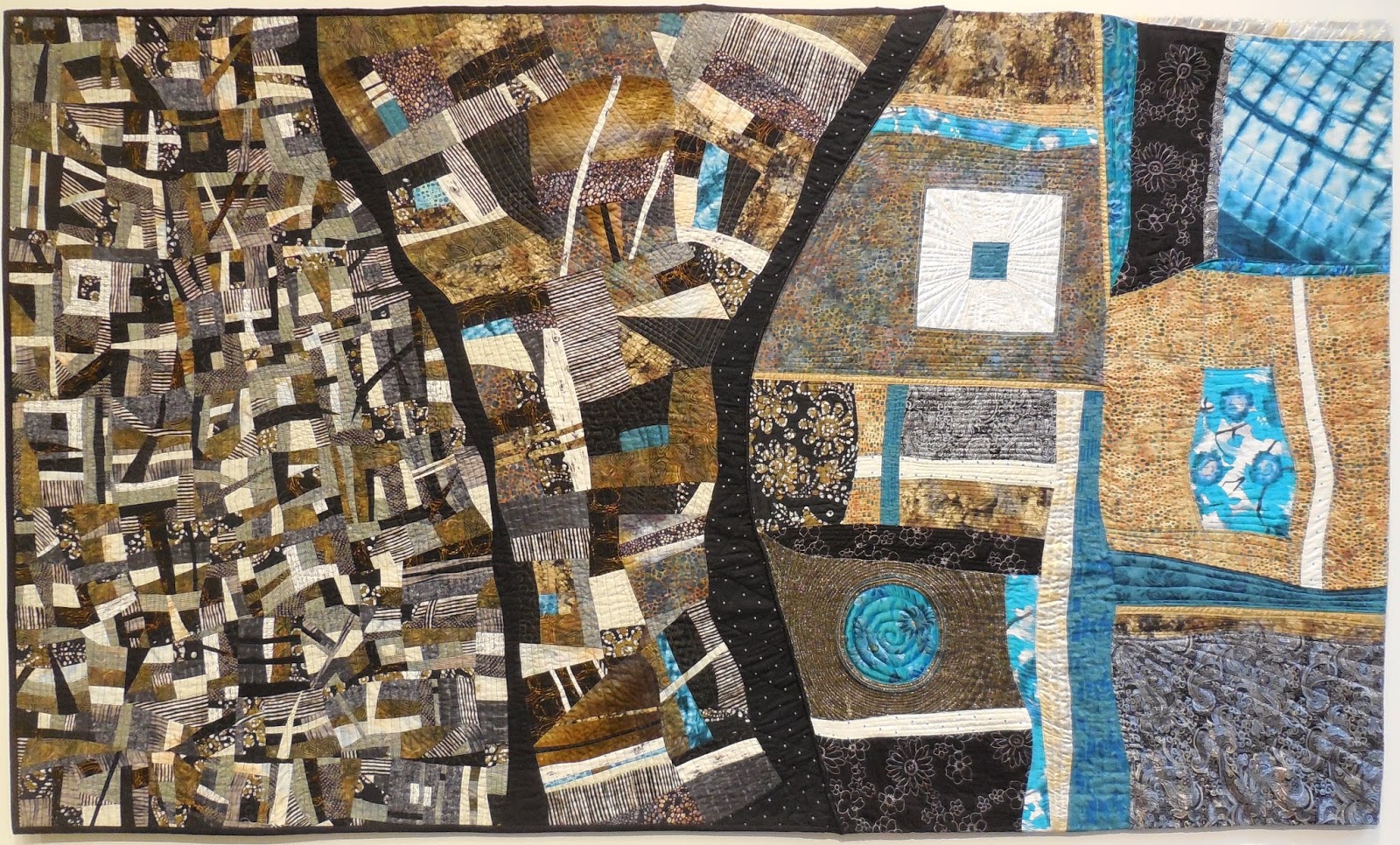 The "disparity" referenced in the title of the work is economic; you can see the crowded city of small lots yield to the more spacious suburbs and then to vast, lavish estates depicted in silver lame and other lush metallics.

The show continues through July 12 at the Carnegie Center in New Albany IN, just across the river from Louisville.  If you're in the neighborhood or passing through, it would be well worth a detour to check it out; a wonderful collection of quilt art.