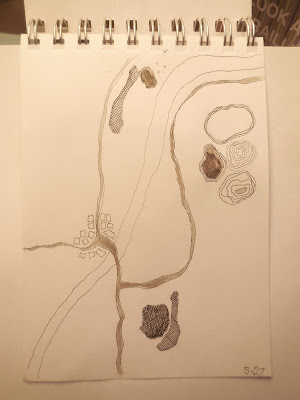 Continuing with the combination of thin wash with fine ink lines, I started drawing maps.  Sometimes the wide wash made roads, other times rivers and lakes.  I would outline the wash areas with lines, then enjoyed putting in more details with the pen.  Always experimenting with different kinds of shapes and different kinds of marks to fill in the shapes. 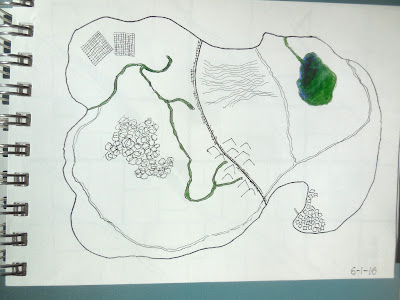 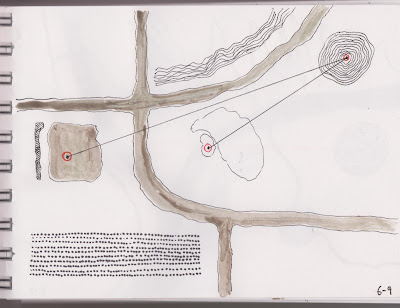 But no matter what else ended up on the page, I almost always had "roads" made of two closely spaced pen lines.  That seemed to be a style that I did naturally.  I like the way the road isn't always of uniform width, because the lines aren't perfectly straight and the bumps don't always correspond. 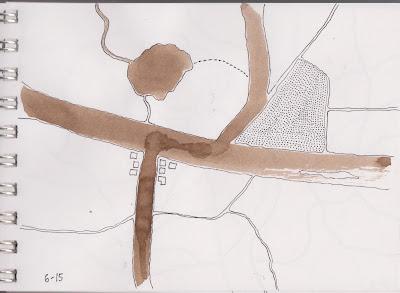 I found myself going into zen state when I would draw the roads.  Sometimes I would deliberately hold the pen way up at its top end to introduce some uncontrolled jitters into the line.  I almost always finished my daily map drawing with a tinge of regret because I didn't want to stop drawing those roads.

Fortunately I realized what was going on and decided to let the roads keep going on and on.  Tomorrow I'll show you what happened then.


Posted by Kathleen Loomis at 5:12 AM