An altered book 1, and happy birthday!


Quite a while ago a friend gave me a book and said "this looks like something that you might like to work with."  It's a strange book, beautifully printed on excellent paper.  Each two-page unit is not printed front-and-back on one piece of paper, but on the same side of a long piece of paper that is then folded on the outside edge. 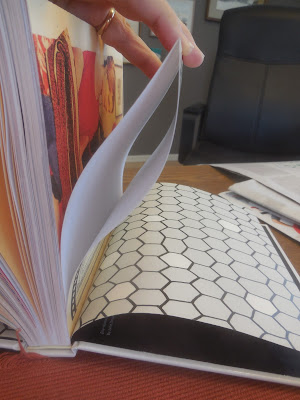 Even stranger is the content.  Each eight-page section of the book has a single graphic theme, after which it switches abruptly to a totally different theme.  Many use collage, some use computer-drawn graphics, some human-drawn graphics in various themes.  Several of the sections include text that reminds me of my found poetry, pasted up in ransom-note style, some in French, some in English.

Sadly, many of the drawings and text are kind of sophomoric, the kind of drawings and remarks that I recall from seventh grade when there were 12 girls and 20 boys in our class, and the boys delighted in making rude noises and crude gestures behind the teacher's back.  My challenge to myself was to embrace the good parts of the book -- its gorgeous paper and printing, and many of the non-scatological illustrations -- but obscure the outrageous parts.

The book sat around for a while as I pasted a few things in, but it wasn't until my recent week on retreat that the project took wings.  Most of my work during that week consisted of sorting through piles and boxes of paper, deciding what I wanted to save and organizing it.  I realized that I was coming across a lot of bits and pieces that were too special to throw out, but didn't really go into any conceivable art project.  So I started to paste them into the book, and it started to take on a most engaging personality of its own. 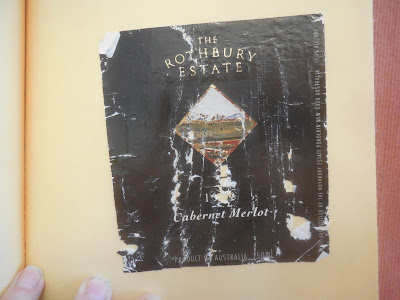 I added some maps, of course, and photos that I had cut out for collage but seemed to want to play right now.  A wine label that I had peeled off and saved for many years, memorializing a great time with my brother in Australia (I don't remember that specific bottle or the specific occasion, so it's an archetype for so many good times and good wines -- and by the way, happy birthday to my favorite and only brother!) 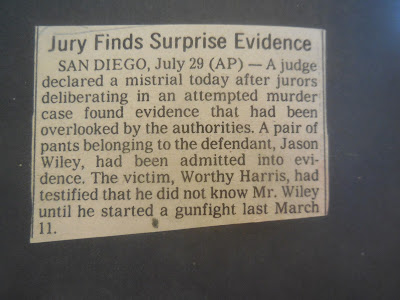 A newspaper clipping, decades old, that I had saved because it is so concisely meaningless, and deserves to be saved forever.  A certificate of weevil-free sweet potatoes. 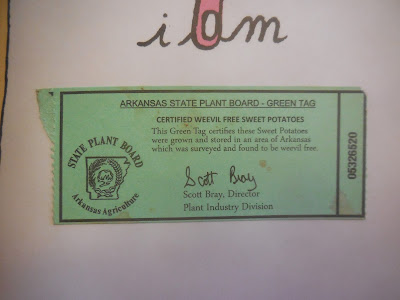 Travel brochures from Prague, advertising the medieval torture museum and the Kalashnikov firing range (or you can buy the Bullets and Karts combo, going next door to drive go-carts after you shoot). 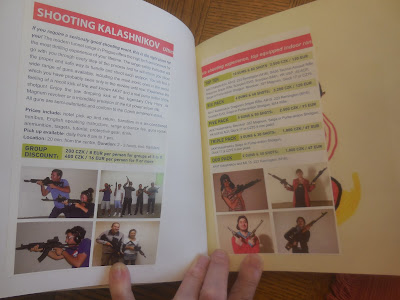 Handwritten labels pinned to doilies that appeared in the grab bag. 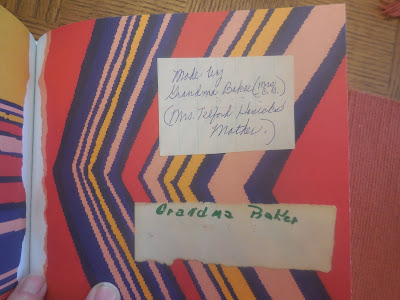 All kinds of miscellaneous that I didn't want to throw away but also didn't want to keep moving from pile to pile, looking at them every couple of years and saying "oh yes, that's nifty."

The book isn't going to be just a scrapbook of random stuff; I hope it has some mildly artistic moments.  I'll show you some of them in a later post.

Posted by Kathleen Loomis at 4:18 AM