Since my daily art project this year has been maps, what else should I use in the Christmas ornaments?

Early in the year I made several daily arts with letters cut from maps pasted onto map backgrounds, experimenting with varying degrees of value contrast.  I liked the effect and thought it would work on a smaller scale for ornaments. 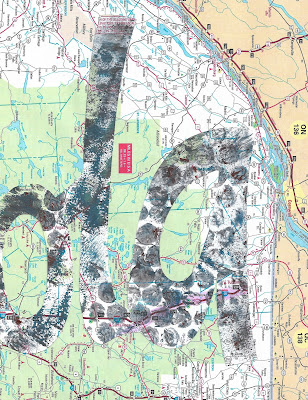 I cut up various maps and mounted them on small squares of mat bord, then cut initials from maps of different colors.  My early attempts were too low-contrast, so I mounted the initials on solid color paper, just enough to give a sharp outline. 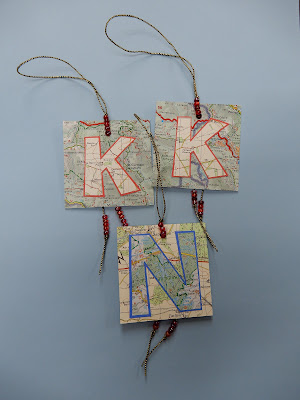 On the back, I wrote the year with a brush and india ink. 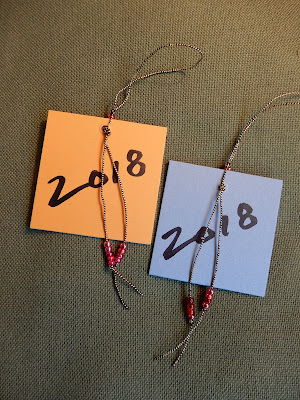 As often happens, I got all the ornaments that needed to be mailed done in time, but lollygagged over those to be delivered in town.  I just finished the ones for Ken and me yesterday afternoon.  I rationalize my procrastination by saying that there is no more peaceful activity on Christmas Eve than to be in the studio, finishing up a task I love.

We don't exchange a lot of presents at Christmas time, thus sparing us the "joys" of crowded stores and traffic jams.  Instead I treasure the quiet time of making ornaments every year for a lot of special people.

I wish for every one of my friends, family and internet pals a happy Christmas and a very good year ahead.


Posted by Kathleen Loomis at 5:38 AM