If not for trash TV to listen to while I sew, I would not be nearly as motivated to hang in there through the boring parts in the middle -- where the piecing is done and you just have to sew, sew, and sew some more to get the damn things finished.  Yes, there's a certain calm zen in endless sewing, but it's easy to get distracted and leap up to do laundry or defrost something for dinner unless you have something to hold you to the task.

But let's talk about baby quilts.  I've finished piecing and quilting all five quilts, and have embroidered four and a half names and DOBs.  And unfortunately, have had to stop and fix several mistakes.  They happen to the best of us, but don't you want to just kick yourself when they happen to you?

Here's one from yesterday afternoon: 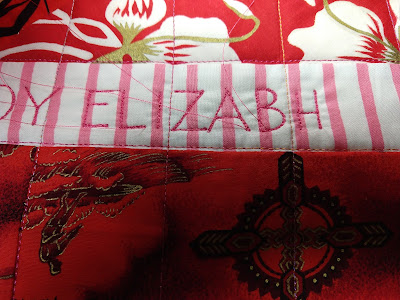 Bet you don't know many little girls named Elizabh do you?  It took a long time to rip out this stitching, since I had gone over the same line four times.  But I was happy to find that the needle holes weren't too obvious after I got everything corrected.

Earlier in the week I realized that this dark spot, which had been apparent on one of my quilt blocks for a long time, was not just a water spot but something permanent. 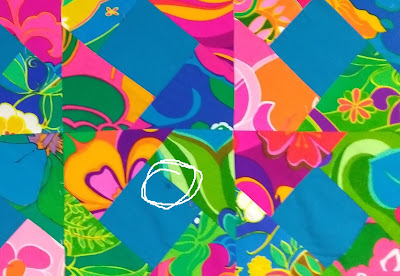 I toyed with a turned-edge applique to cover the spot, but ended up with Wonder Under.  Still thinking about whether I need to stitch around the edges or if I can trust the glue to hold up by itself. 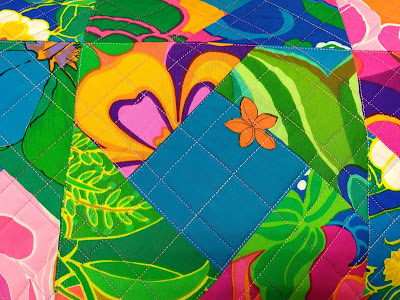 Here's last week's mistake: my backing fabric had been plenty big when I started, but had apparently slithered out of position while I was quilting.  When I got out toward the edge I realized that it had slithered so far that I needed to cut out four quilting lines, piece in an inch of new fabric and do the ends of the quilting over again. 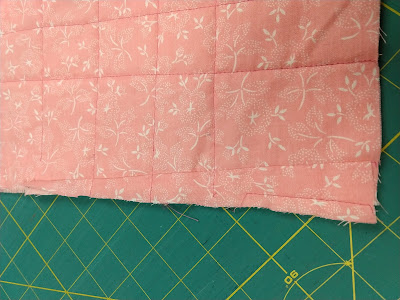 But all the mistakes were fixable, and I knew exactly what to do to fix them.  So I got to watch another hour of TV while doing it.  There are worse ways to spend an hour.

Posted by Kathleen Loomis at 4:51 AM