Ideas from the blue 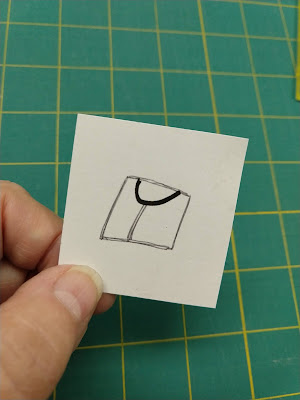 A long time ago I made a little doodle on the side of a larger piece of paper.  I think I was trying a large round pen nib to see what kind of line it would make, and drew the U-shaped curve.  Then at some later point I think I had another pen in hand, sketched the surrounding box and made a "stem" for the "wineglass."  The piece of paper nestled in with my piles of clippings, and I kept running across it every now and then.

Earlier this month I decided the little doodle was striking some kind of chord with me, because every time I came across it, I carefully put it back onto a pile instead of into the wastebasket.  So I did my daily calligraphy based on the doodle. 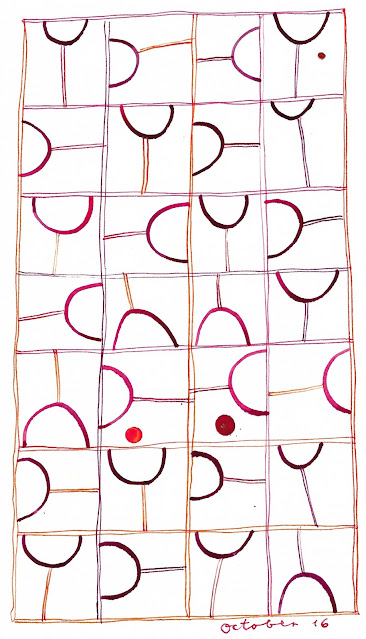 And then I did it again, and again and again.  The "wineglass" changed shapes and orientations and colors, and occasionally morphed into a dumbbell with two curves in the box instead of one. The boxes escaped from the grid to stand alone. The pale washes that I had been using in other calligraphy appeared. 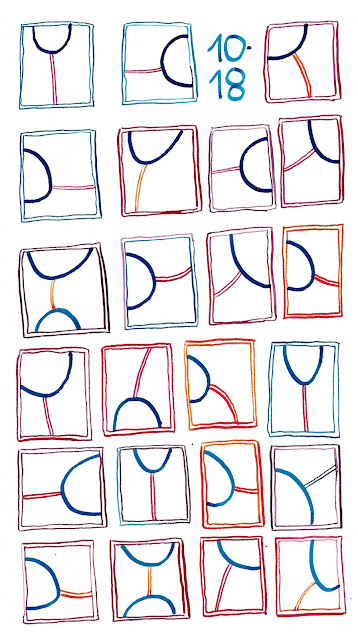 It's hard for me to articulate why this little doodle makes me so happy.  And it's turning out to be hard to use it in a satisfying way on the large page of a sketchbook instead of the tiny one-off version that I've kept so long. 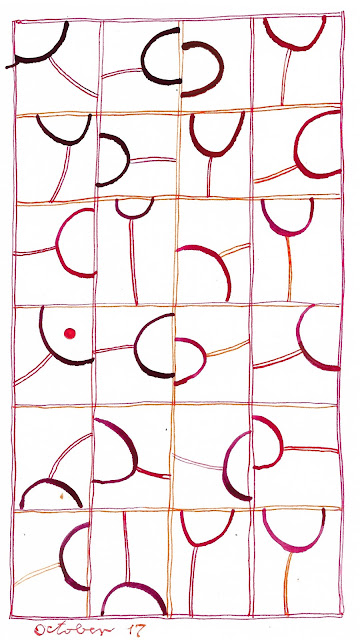 I don't know if I'm done with this motif or not.  I'm not even sure I like this series of experiments.  Are they losing their spontaneity as I do them over and over? 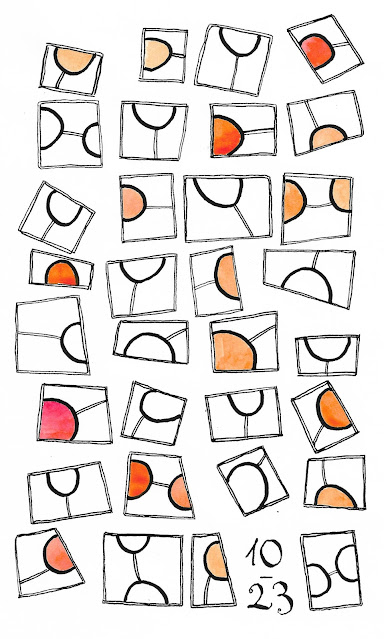 I've done this in the past, made something that seemed great the first time around but never as good again, no matter now many times I revisit it.  Maybe that's because I love to work improvisationally, without the safety net of sketching or a lot of planning ahead.  So when I come back and do the same motif again, it seems constrained and artificial rather than serendipitous.  What do you think?  Have you had a similar experience?