The next Ansel Adams?

Several weeks ago I saw a notice from our library about a kids' photo contest and thought maybe Isaac, age ten, would like to participate.  The theme is "water," and we've been out three times to various places by the river and a pond in the park.  He got to use my Nikon, and I tagged along using my cellphone.

We didn't have particularly good luck with the weather on the days when we did get out, and for one reason or another we weren't able to do as many expeditions as I would have liked, but we hung in there and today went through all the photos and chose the one that he would submit.

I was pleased with what he came up with.  Some of the shots had good composition and had the sun been shining more brightly, would have been spectacular: Some would have been spectacular if the river hadn't been full of mud, as happens when it's been raining a lot: 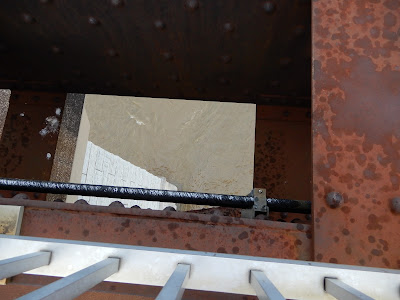 Some were quite lovely except there was no water in the frame: 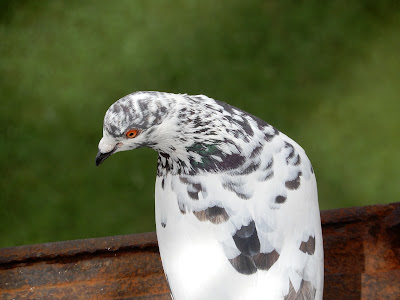 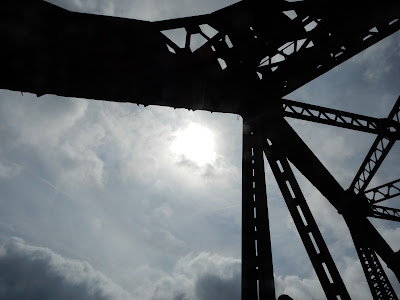 Some were particularly nice because they had people: 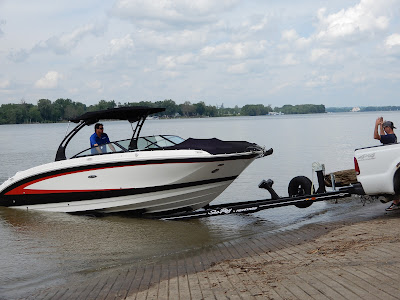 Unfortunately the rules of the contest called for submitting just one photo.  I thought it would be much better to choose three, but of course that would take much longer to judge.  Here's my favorite: 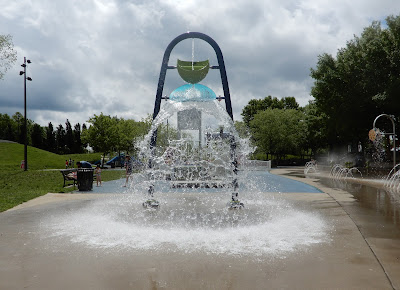 The contraption shown here involves a big green bucket at the top, which slowly fills with water.  When it gets full, it tips over and dumps the water onto the big turquoise plate, which tips and lets the water slide out in a huge splash.  I tried to take some photos of the same thing, but I think all my shots were a second too early or a second too late.  I was so impressed that Isaac managed to get not one, not two but three money shots.
Now we have to wait a week and a half to find out if he's a winner.  But I think he already is!
Posted by Kathleen Loomis at 6:33 PM