A year ago I embarked on a project to make bundles or packages every week.  I had been intrigued by reading about bundles as a popular format for early fiber artists in the 1950s and 60s, and thought it would be interesting to explore this method of working.

My rules were simple: find some stuff lying around, bundle it up, and label the package.  I had to do at least one bundle a week, but more would be OK.  The stuff could be lying around in my own home and studio, or someplace else, such as outdoors.  The only times I incorporated new material were occasionally to cut a length of thread, cord or wire to tie the bundles, although many times I could find preexisting cord lying around to do the job, such as this big wad of tangled fishline (given to me by a frustrated fisherman). 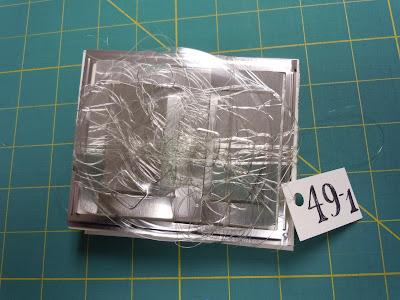 As with any daily or weekly art project, it took a little while to find my rhythm.  Some of the early packages were a bit awkward and self-conscious, but I gave myself permission to move on, knowing that they'd fade away in the large collection of better work.

Of course, themes developed.  Many of my packages were made from packaging materials, testament to our insatiable consumer appetite for stuff, inside of other stuff.  Many packages were made from leftovers from quilts and other fiber art projects -- all those strips of batting and quilting sliced off the quilts in the final square-up, all those selvages sliced away at the start.

Although my rules allowed stuff lying around outside, I was choosy in what I used for the project.  I didn't want my art to bring bugs and critters into the house, so I rarely used plant materials (once some acorns and maybe a nice bare stick). 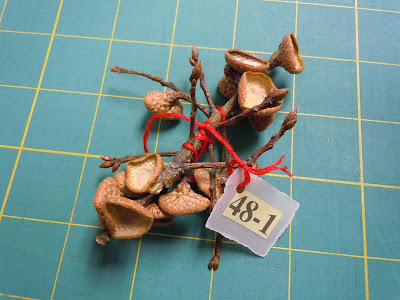 But I found ample supplies in the pencils, plastics and metal bits that litter the streets. 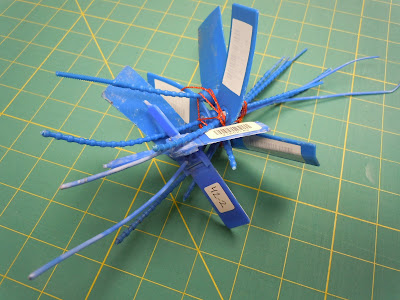 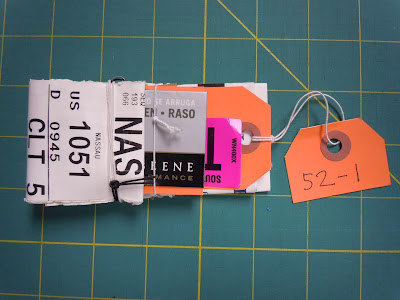 Now that the project is over I realize I want to think about it more analytically.  I'm taking photos of every bundle, and plan to also photograph theme groupings, and hope to have everything documented and posted soon.

Posted by Kathleen Loomis at 6:54 AM