When you do a long, multi-part project with a couple of constant elements you realize that the way you handle these constants takes on a life of its own.  In my 2011 package project each package or bundle had a label to tell when it was made.  Because the project rules called for at least one package a week, I decided to number the weeks as the primary identifier.  For instance, this package was the third one made in week 23. 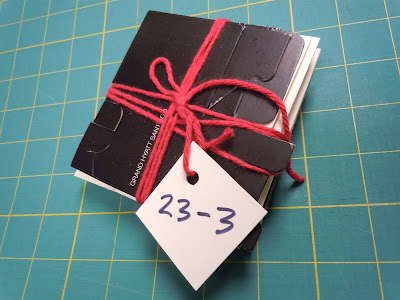 This label is what I came to think of as the kissoff style, where I just found a piece of paper and wrote the ID number on it.  I'm not particularly proud of this kind of label.  The ones I like more are those where I used a little imagination.

This one was marginally above kissoff level. 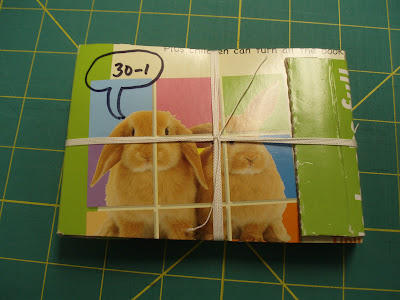 Sometimes I sewed the ID number onto the label. 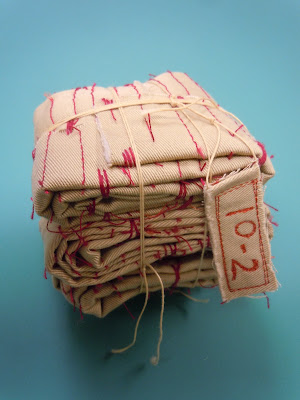 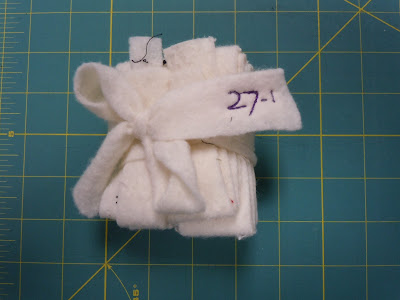 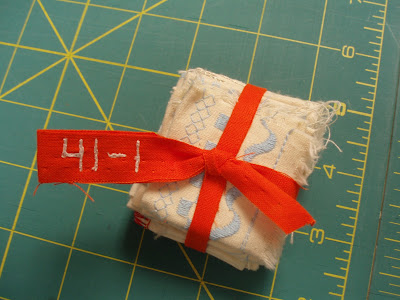 Sometimes I put the label "under cover." 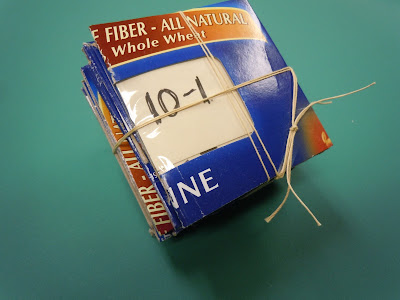 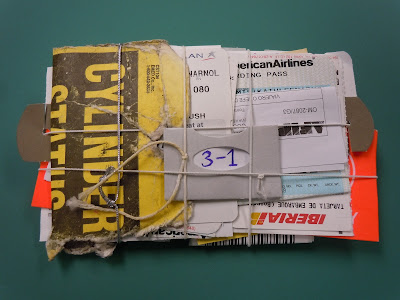 Here's one I was proud of -- the fabric bolt was printed in white ink with the 2 you see at the right.  I drew the 24 on the left in white pencil, then outlined all the numbers in red. 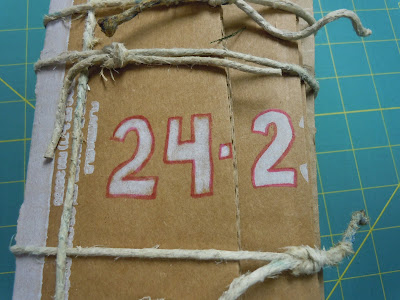 Sometimes I turned to found objects for the ID number. 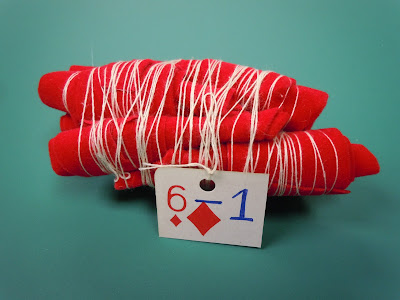 But late in the year I realized the best possible source for found numbers -- the yellow pages, which is a riot of color and every font known to mankind.  And the phone numbers are usually the largest type in the ad!

It's easy to find separate numbers to make up whatever ID you need. 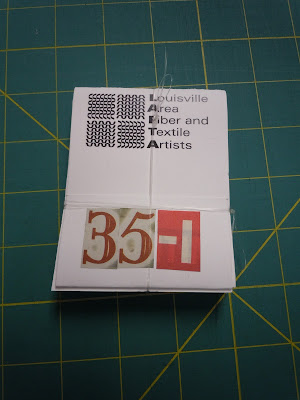 But if you're feeling obsessive compulsive, you can search out phone numbers, complete with hyphen, for the entire ID. 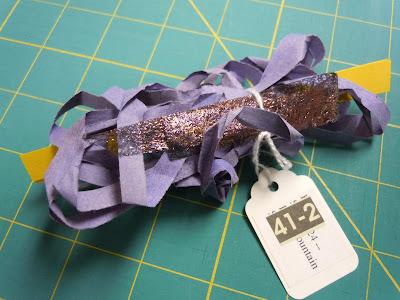 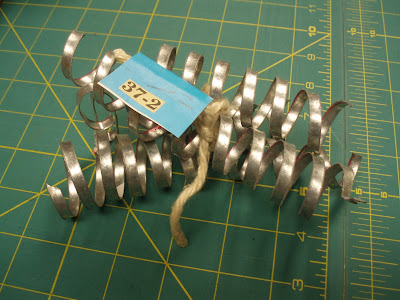 Just when I was really hitting my stride with the labels, the year was over.