Still lots of art to tell you about that I saw at the Cincinnati Art Musum last month.  Fifteen or twenty years ago my favorite artists were the impressionists, and although I will always have a special place in my heart for Monet, my tastes have changed.  If Claude will forgive me, I must fess up that these days I like Cezanne and Matisse just as much among the old guys, and in general I prefer my art considerably newer.

But you can't help but pause and relax into a transcendent state when you hit that barely-pre-modern era in the museum.  Here are several that I would be happy to take home with me.  Starting from the oldest: 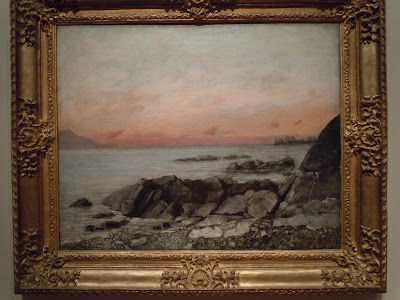 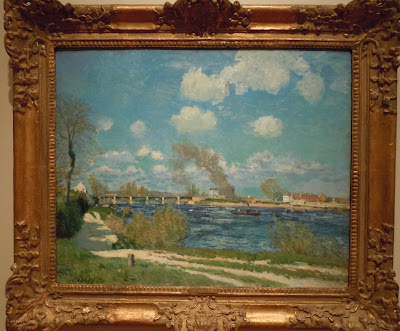 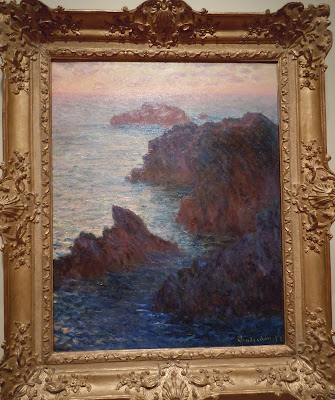 Couldn't you just eat this one with a spoon?  I want to sit down on a bench and hyperventilate for a while over the light on the horizon. 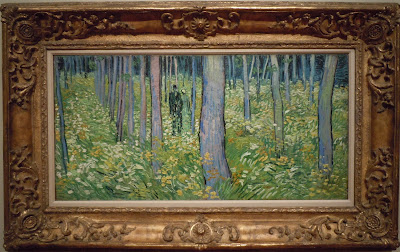 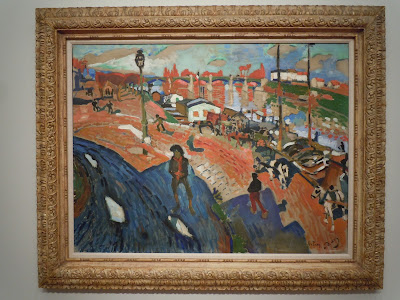 Derain was one of the early Fauves, the bunch of mostly French painters whose exuberant use of non-realistic color gave the fusty art establishment the vapors.  Fauve means wild animal, and that's about how they were regarded by the conservatives. 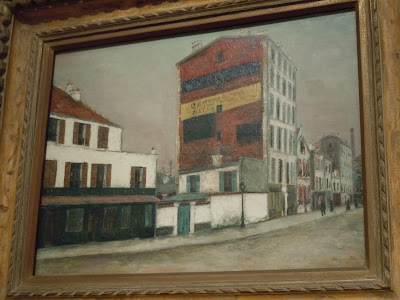 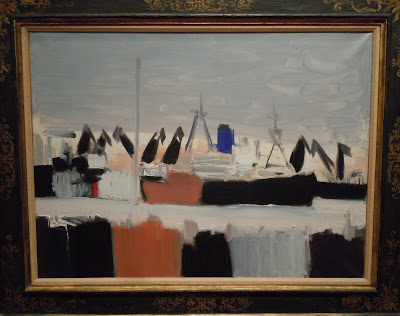 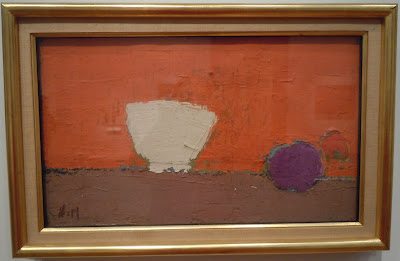 I know this was painted within my lifetime, which should make it at the very tail end of "modern" and starting to be "contemporary art," but it has a much older feel and I am not embarrassed to put it in the same post as the other much earlier artists.
Posted by Kathleen Loomis at 11:42 AM