Why do I love decrepitude?

On the last night of our Antarctic cruise, we were all invited to submit three of our best photos for a slide show that was going to play during cocktail hour.  You can imagine the glorious photos that would constitute this show -- ice, penguins, killer whales, magnificent scenery.   There were more than a dozen photos of what I called the "poster child" iceberg of the voyage. 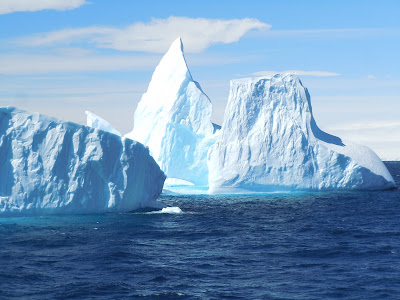 Perhaps you can't imagine the sheer overwhelming presence of photography on this expedition.  The lenses, the cameras, the tripods, the laptops on which people downloaded their pictures every night and fussed over getting them in order.  One of the professional photographers on board did a survey of the passengers and extrapolated that collectively we took almost a half million photos on this 10-day cruise!   I don't know whether every single human being on the ship had a camera, but I wouldn't be surprised.


One day we happened upon a Ross seal on an ice floe.  That probably doesn't impress you any more than it impressed me when our naturalist announced this to our little zodiac boat full of tourists.  But it turns out that the Ross seal is an exceptionally rare species, and this particular one had apparently drifted on its ice floe many hundreds of miles from its usual habitat.  The guys who had spent their lives in the Antarctic were over the moon to have seen and photographed this creature, and we ignorant but happy passengers were pleased to snap away too.  Somebody on the ship commented that this is probably the most-photographed Ross seal in history. 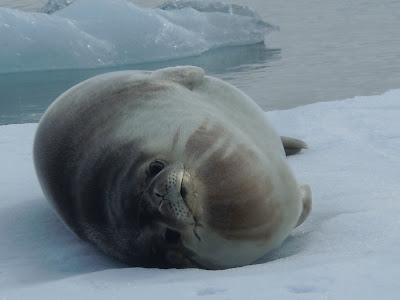 So back to the going-away party.  When I reviewed my photos, I decided to submit one that I figured wasn't going to be submitted by anybody else.  Here it is -- Antarctic graffiti! 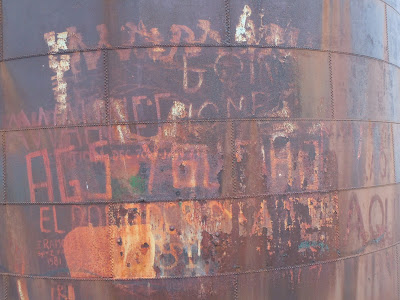 I have realized, after getting home and reviewing my photos on the big screen, that I am particularly fond of my pictures of decrepitude.  There hasn't been much human presence in the Antarctic, and mercifully there aren't many traces of it.  Today tourists and scientists alike are sworn on their mothers' graves to leave no trash behind, take no souvenirs, make no alterations to the landscape.  But here and there we came upon remnants of human habitation, whether a scientific research base or an old whaling station.  (The graffiti was on a tank used decades ago to store whale oil.)  I realized that these places fired up my photographic juices far more than the more conventionally beautiful vistas of wildlife and landscapes.

I like the intersection of nature and mankind, especially where it looks like nature is winning.  That's true at home, when I wander down alleys and shoot decrepit, paint-peeling garage doors, and away, when I find remnants and vestiges of past human activity.  Maybe I'm just a little weird.
Posted by Kathleen Loomis at 8:19 AM