Textiles in a Tube

This past weekend was the opening of Textiles in a Tube 2, a fiber art show at Riverworks Gallery in Greenville SC.  I was the juror for that show and although I was unable to attend the opening reception, and thus haven't been able to see the works in person, I thought I could show you what's in the show.  If you're a little closer to Greenville than I am, perhaps you can take in the show between now and July 15.

The twist in this show is that the entries had to arrive at the gallery inside a 36 x 3" mailing tube.  But that didn't mean they had to be small -- and part of the fun was seeing what expansive pieces could emerge from their small containers. 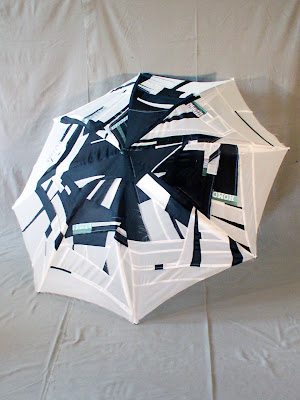 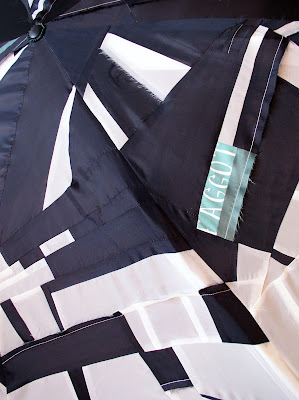 I liked the umbrella form and its patchworked cover, opening out to protect the holder from insults and violence.  A great use of the constraints of the rules. 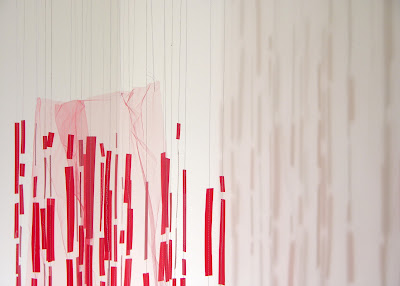 This piece is also 3-D.  It's made of tulle and rubylith film, suspended almost invisibly.  Christine wrote in her blog recently about the challenges of photographing and packing it.

I liked the way it occupied its space and suspect that it will be in constant motion from air currents, casting faint dancing shadows. 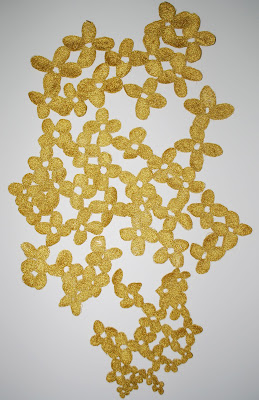 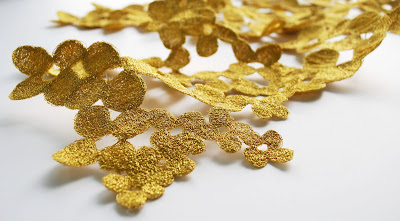 The flowers were made of metallic thread, machine embroidered to a stiffness that gives this piece a third dimension.  My only quibble is that I would like to have seen five times as many flowers -- or maybe 100 times...

Because Riverworks is a small gallery, we were able to take only 15 pieces and I was sorry to leave many other worthy artworks behind. But I'll tell you about more of those we accepted in a future post.