Zoe's chemistry class has come to the part about moles, the quantity of a substance it takes to make up as many grams of the stuff as the stuff's atomic weight.  And to help the kids remember the concept, her teacher traditionally gives extra credit to anybody who makes and brings in a stuffed mole.

I'm not sure about the mnemonic link there, except that the kids will remember there was something about a mole, but nevertheless who would argue with extra credit.  So Zoe brought over the mole pattern and we sewed on Sunday afternoon. 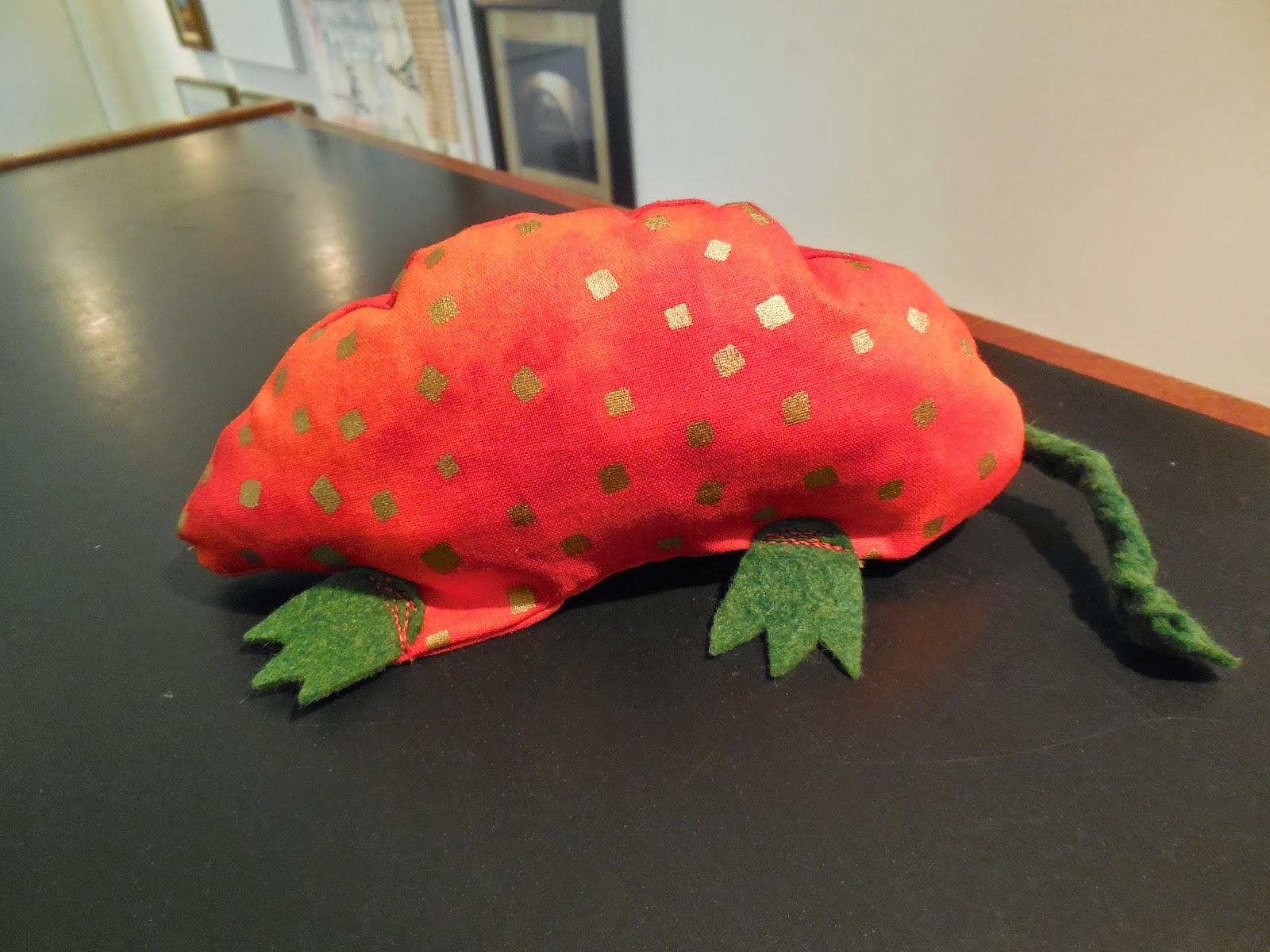 She chose a particularly gorgeous red and gold print, last seen as "A" in The Scarlet Letter, for the body. Scraps of green felt were still lying around the work table from the backing of my Quilt National piece, so we used them for the feet and braided tail.

I sewed the parts together on the sewing machine; Zoe stuffed the mole and sewed up the last seam on his belly.

We thought he was a pretty fine-looking creature, even if he didn't have any eyes. 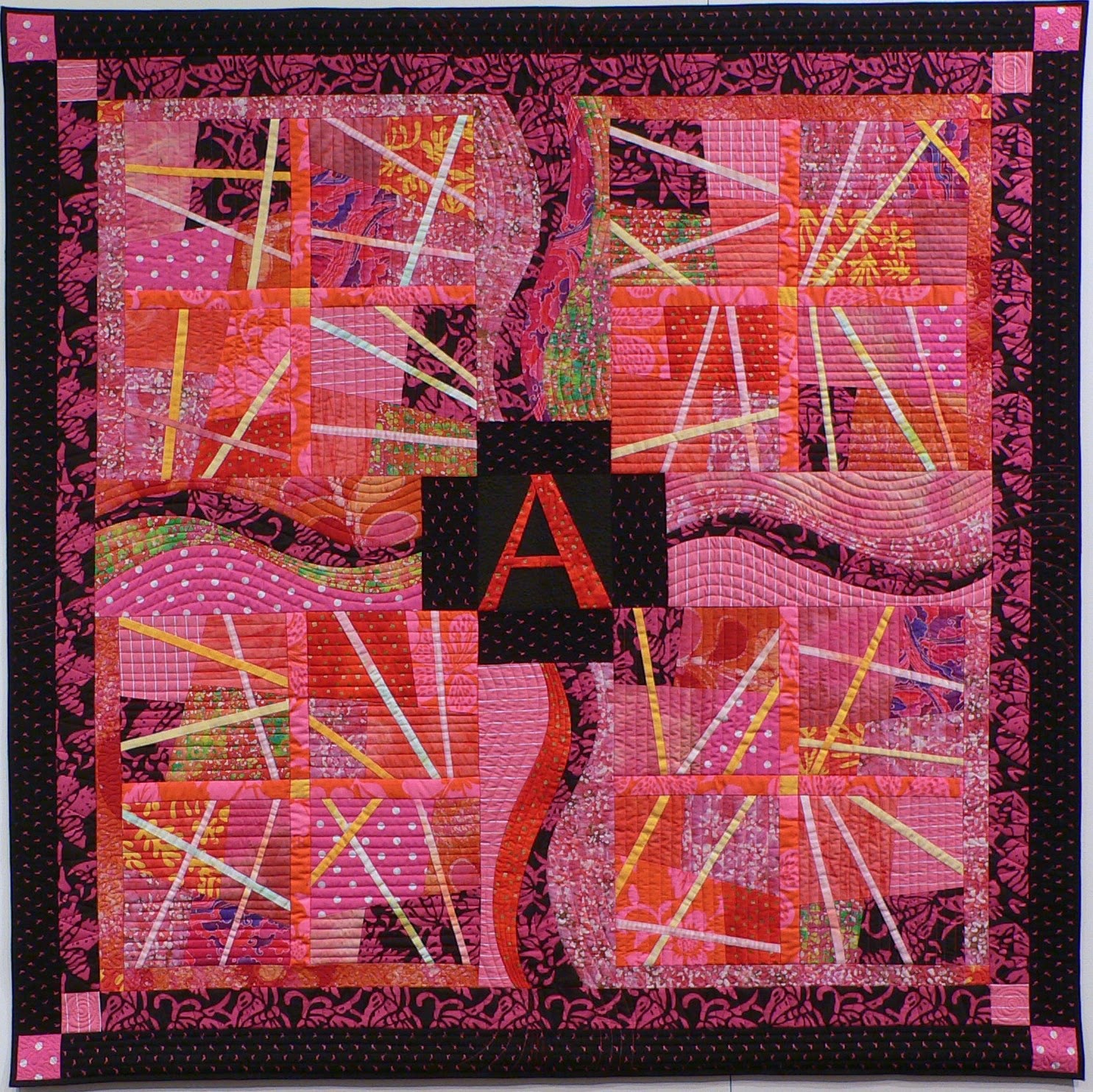