If you've been reading the blog since 2010 you may recall the Quilt Dates, in which you were introduced to some of my old boyfriends aka quilt techniques or approaches.  By far the favorite guy was Mr. April, the technique of piecing in fine lines.  Heck, even I liked him the best, but was never jealous when others enjoyed his company.  Many of those others have written back over the years with reports of their dates, and here's another. 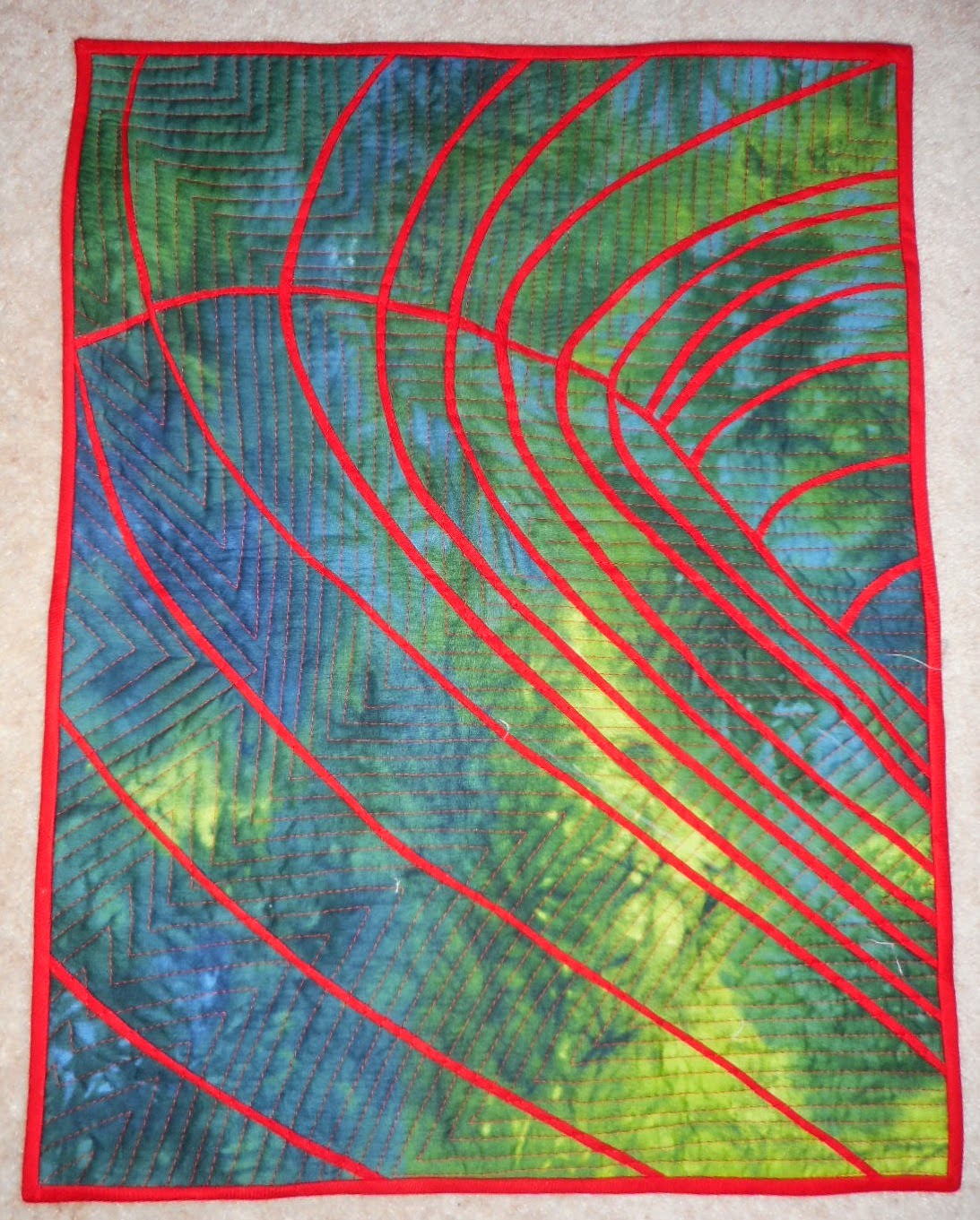 Evelyne Wheeler writes:  "Here are two photos of quilts made by me using your skinny strips technique.  I didn't read your tutorial carefully enough so initially I made some errors however these errors made me wonder if I could make curved lines, hence the black and white sampler and then the green and red quilt influenced by arches in Gaudi's Casa Millar in Barcelona.

"Thanks for sharing this technique -- had some fun with it but now on to something else." 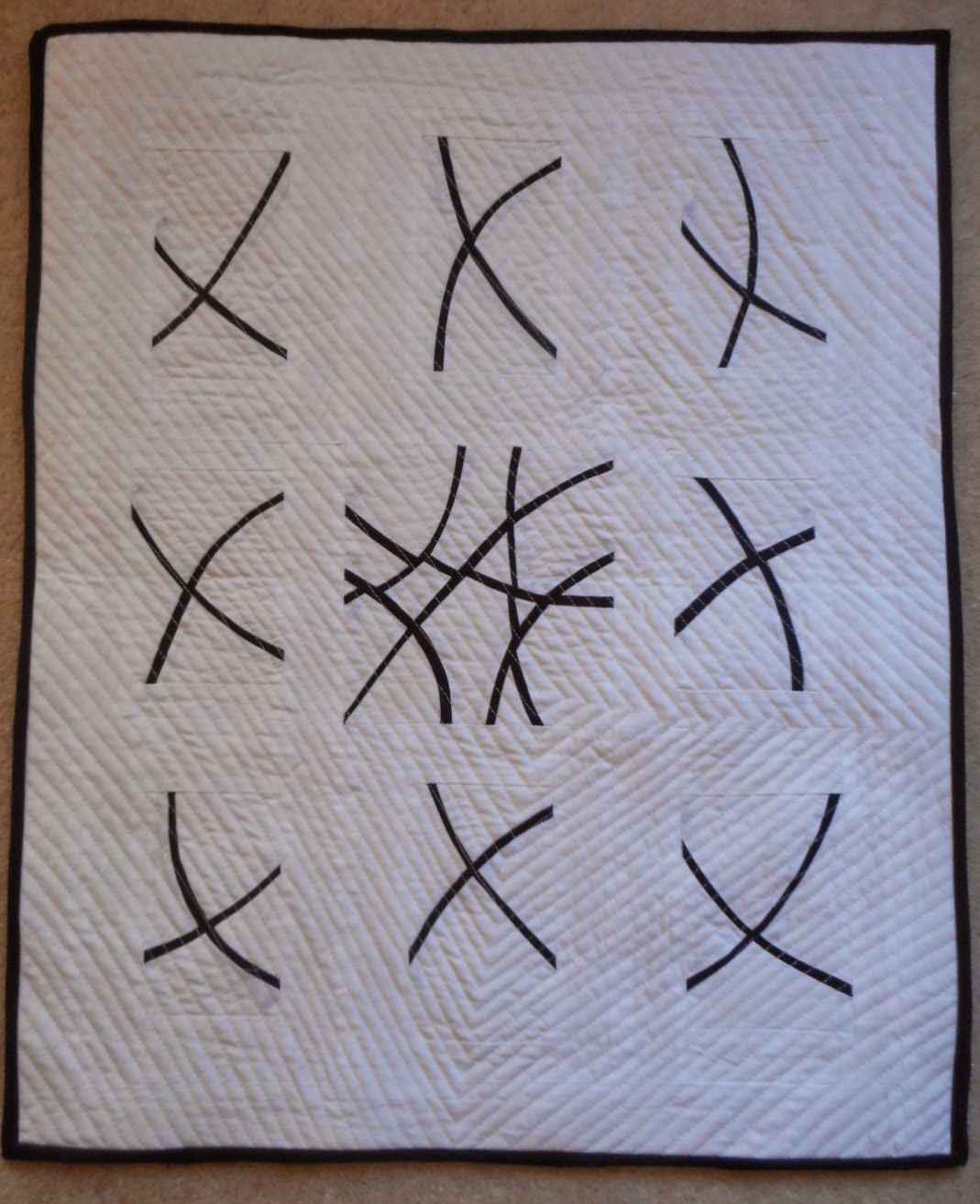 And my thanks to YOU, Evelyne, for sharing.  I think your curved lines look great (I've experimented with curves too but they're a lot trickier than straight lines) and am glad you had fun with them.

Posted by Kathleen Loomis at 5:44 AM