And now for something completely frivolous


My to-do list is long these days but I've made huge progress during a week of "vacation," during which my husband went to Florida to seek some warmth and I got to stay home in the studio.  So after four days of impressive achievement, I decided to take the afternoon off and make something silly.  It's so easy to make Valentine hearts out of your assorted pink and red scraps, trapped between layers of tulle with lots of stitching, and some years I even remember to do this enough in advance that I can actually put them in the mail to arrive before Valentine's Day. 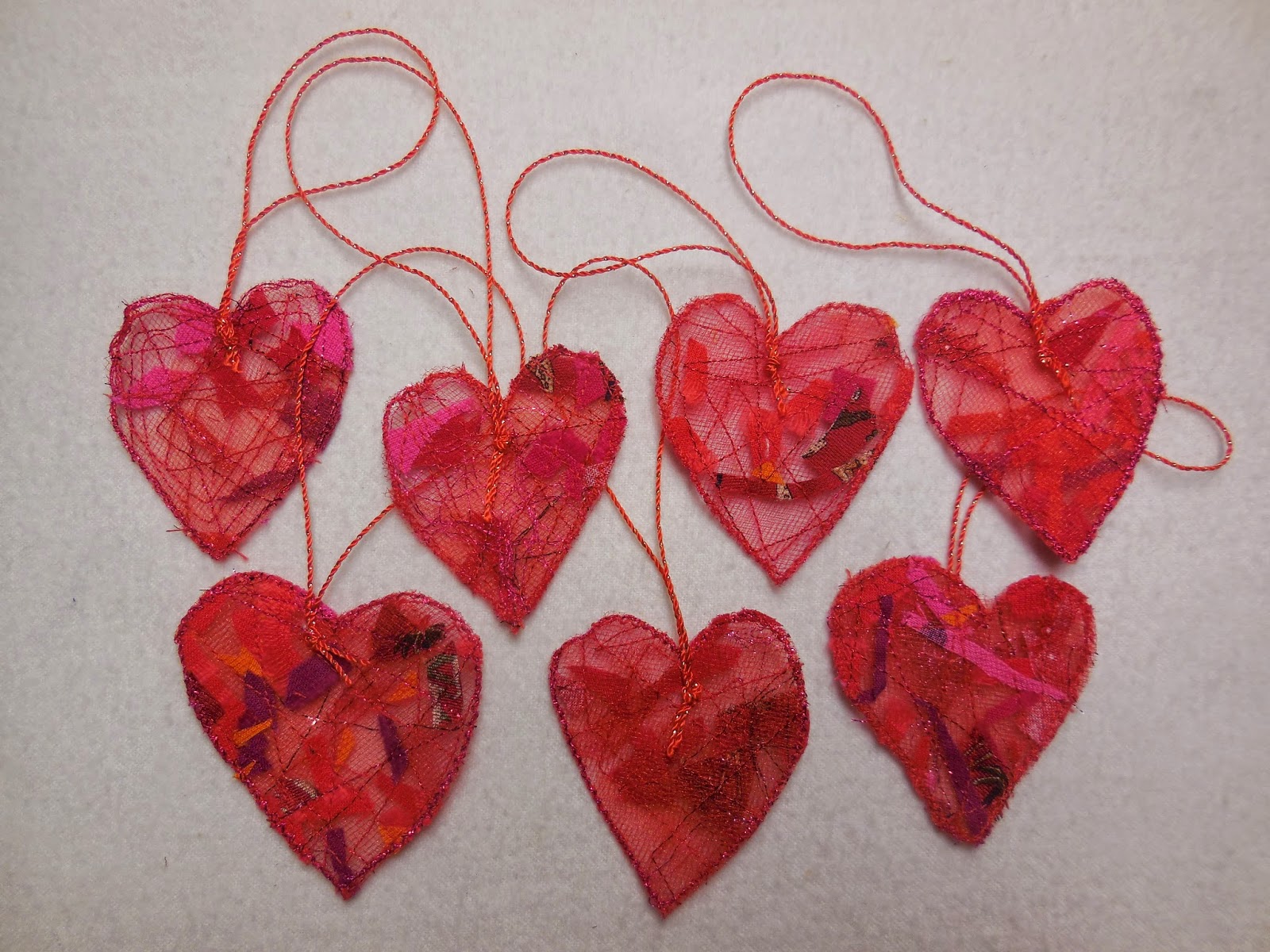 My realization this year is that Valentine hearts aren't just for Valentine's Day.  I made a bunch and saved several for use throughout the year -- stick one in a card to your sick friend, or in a birthday card, or tie it on a present, or just hand it to your hostess.

If you want a tutorial on how to make these little guys, here it is.  But I'll confess that my process this year was a lot simpler than the one I described in 2010.

I have abandoned the Solvy.  I trapped a lot of fabric bits between two layers of tulle, stitched around the edges so none would escape, then scribbled a bit in the middle to hold the scraps in place.  Where I saw blank spots, I added more scraps on top, catching them in the scribbles.  Finally I put a third layer of tulle over the top and stitched again.

I also abandoned the needle for making the cord loops.  Instead I just cut a length of cord, put a knot in it, and caught the knot end in the stitching. 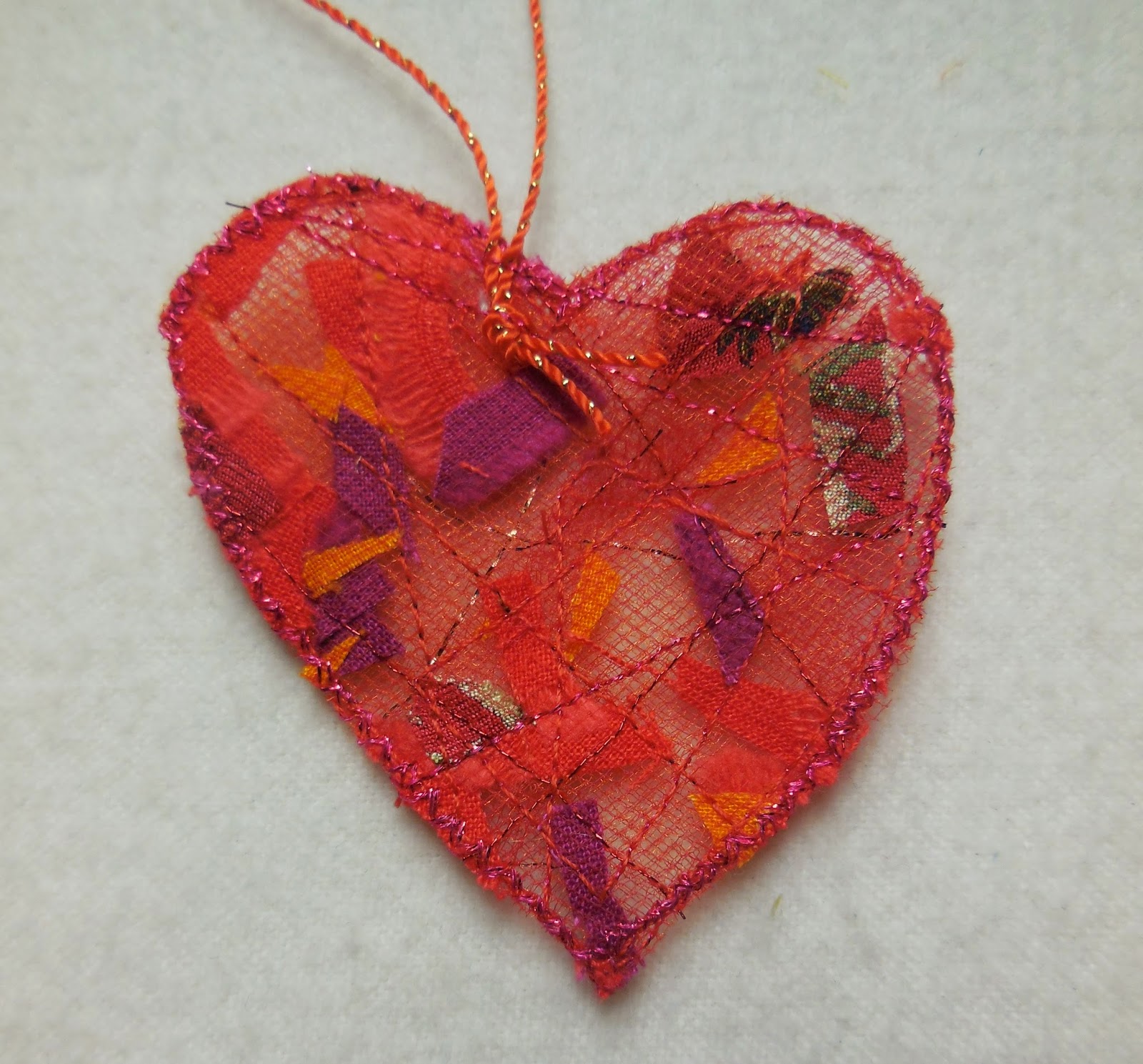 So there's still time for you to make some hearts for your sweetie, your sister, your friends.  Why don't you take the afternoon off and devote it to love.