I am one of eight quilt artists from four different countries who have been together for almost two years, making small quilts as theme challenges.  We now have made seven quilts apiece, which will be on display at the Prague Patchwork Meeting in April.  (Actually I still have the last one to make, but they're small so I hope to polish it off next week.)

My most recent piece was for a challenge in which you had to start with a sketch.  This was extremely difficult for me, since I never sketch.  My first thought was to pull the same trick I used to do in high school when they asked you to hand in an outline of your term paper a couple of weeks before you turned in the actual term paper.  This required me to really get cracking because I would have to write the term paper first and then construct a matching outline.  (I'm just not much on pre-planning...) 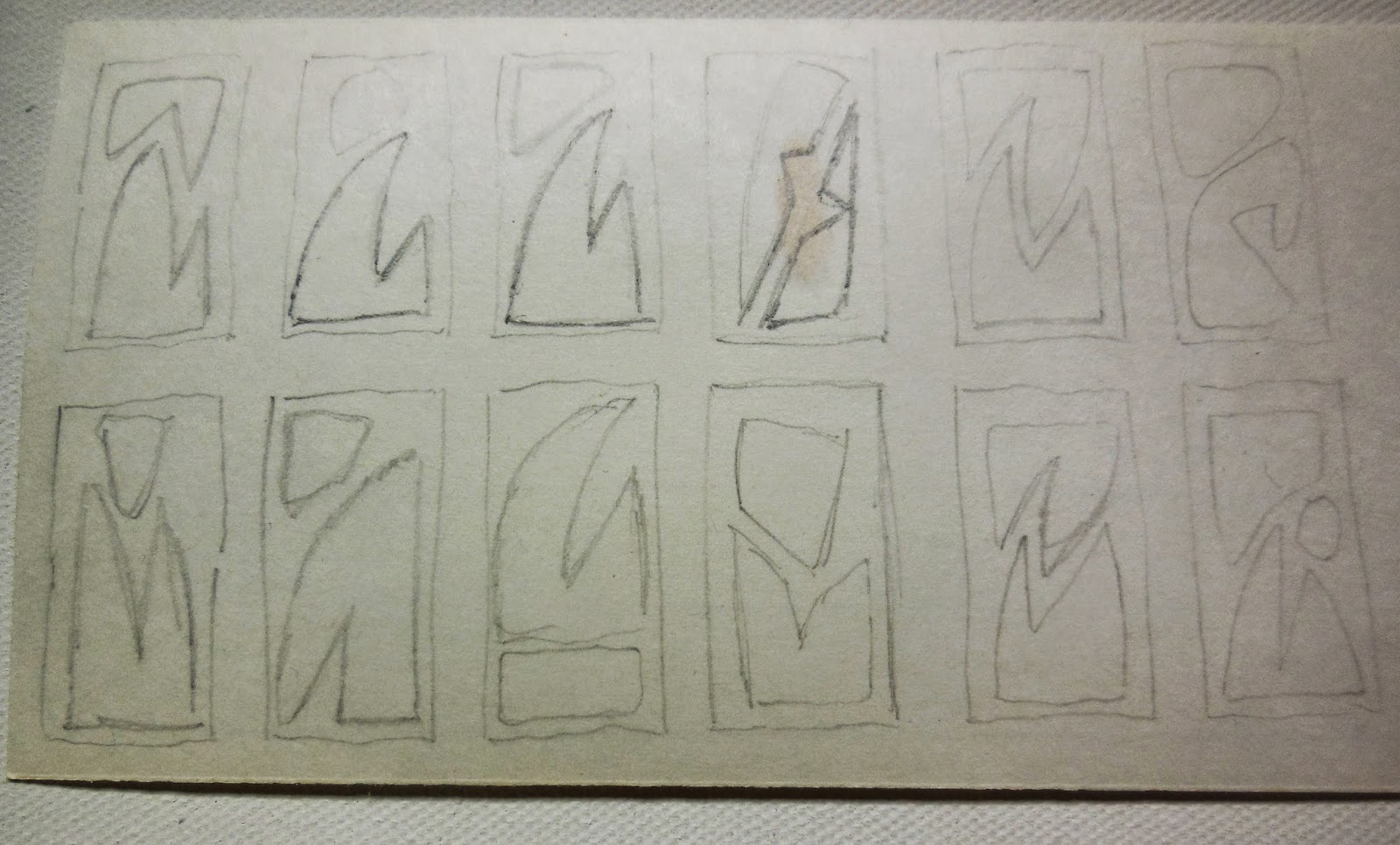 But after putting it off for several months, I finally buckled down and made the damn sketch -- actually I made a bunch of sketches -- and then made a quilt which pretty much followed the sketch. 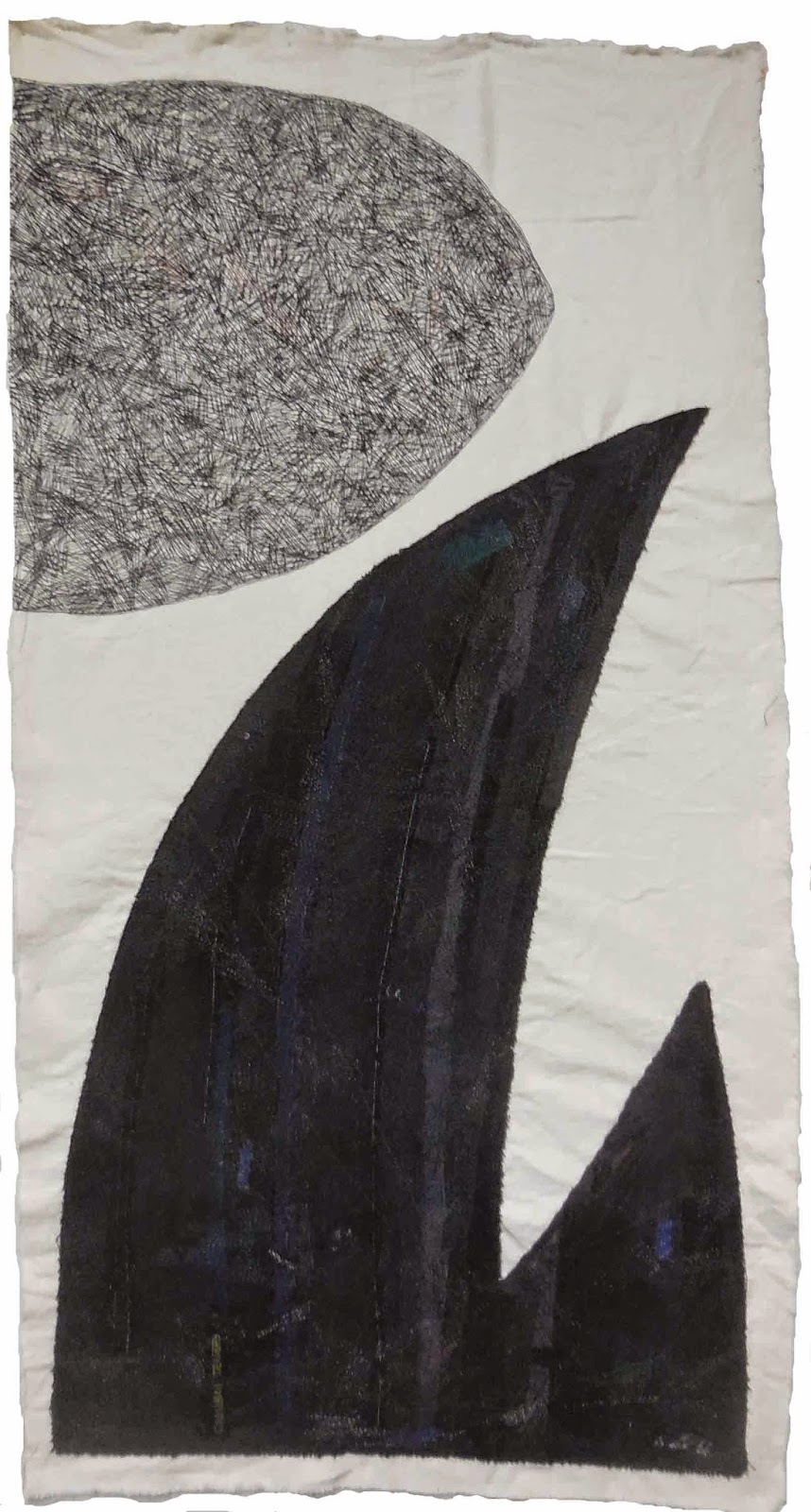 This was an exciting project for me because it is apparently a huge departure from my previous bodies of work.  It's on a single layer of canvas, no batting, no backing .  The solid black area is made with selvages laid down to cover the shape, then densely stitched.  The black scribbled area is just thread, straight-stitched with a lot of zigzags and back-and-forths. 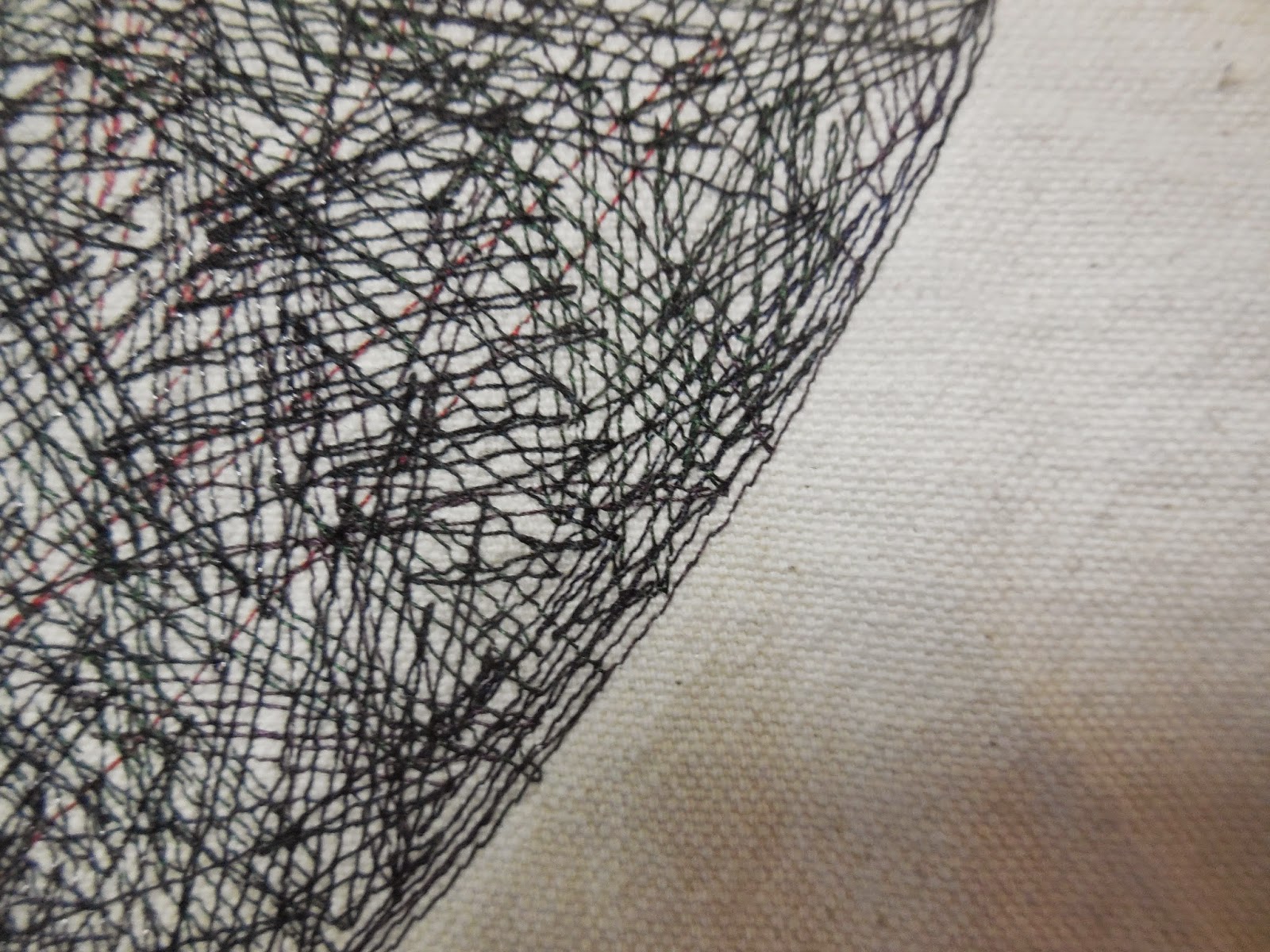 (Please forgive the poor focus on the detail shot -- my point-and-shoot camera was obviously confused.)

The black scribbles in the lighter area look exactly like the back side of the solid areas.

But even as I was excited by this new approach, so different from anything I'd done in the past, I started noticing ways in which that wasn't so.  I'll write more about that tomorrow.