I showed you my latest quilt yesterday, which at first glance seems like a dramatic departure from anything I'd made in the past.  And yet I realized that it had roots in other things I have done.

First, the densely stitched areas remind me of the equally dense sew-off squares that I have been making for a decade. 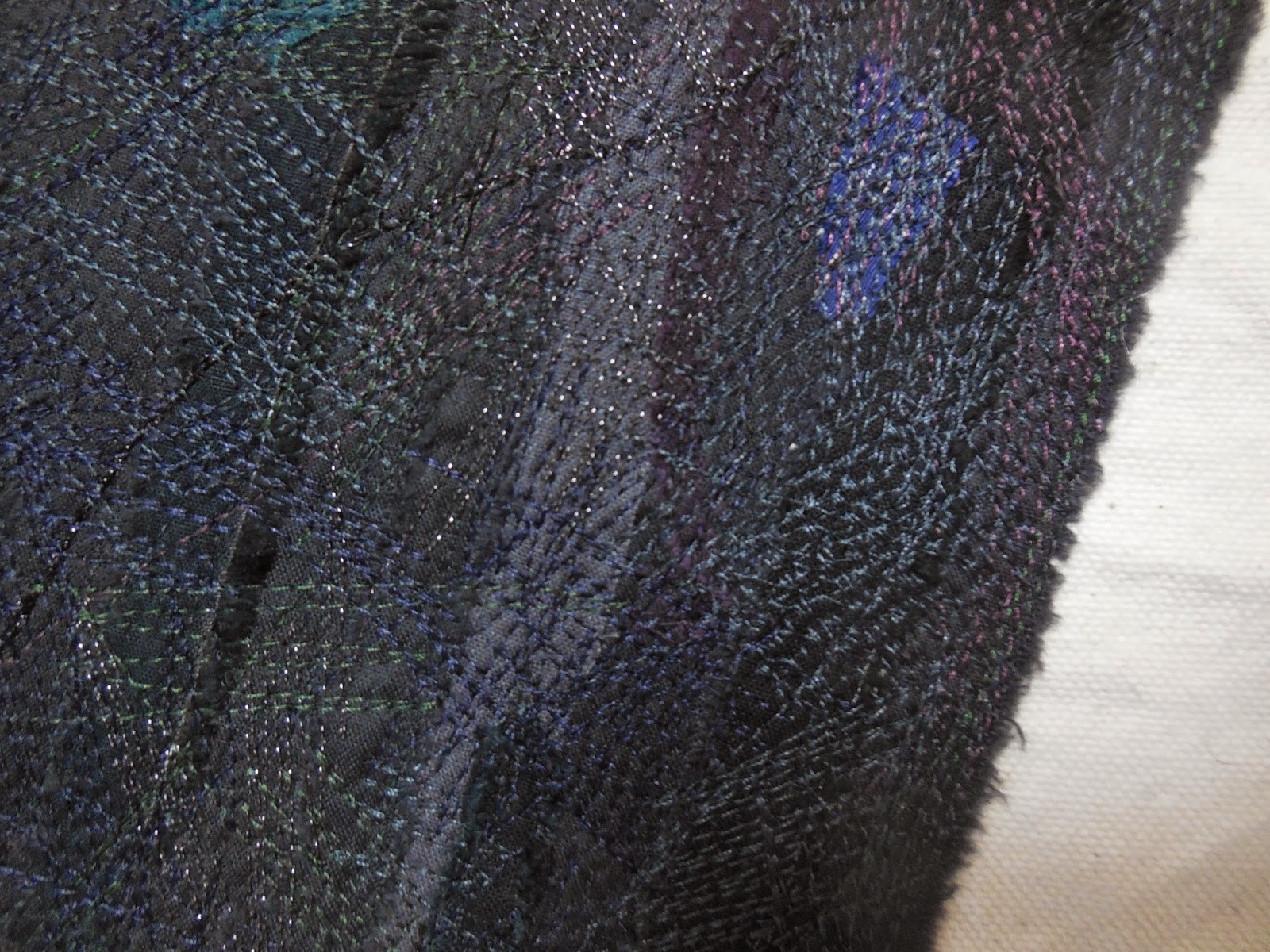 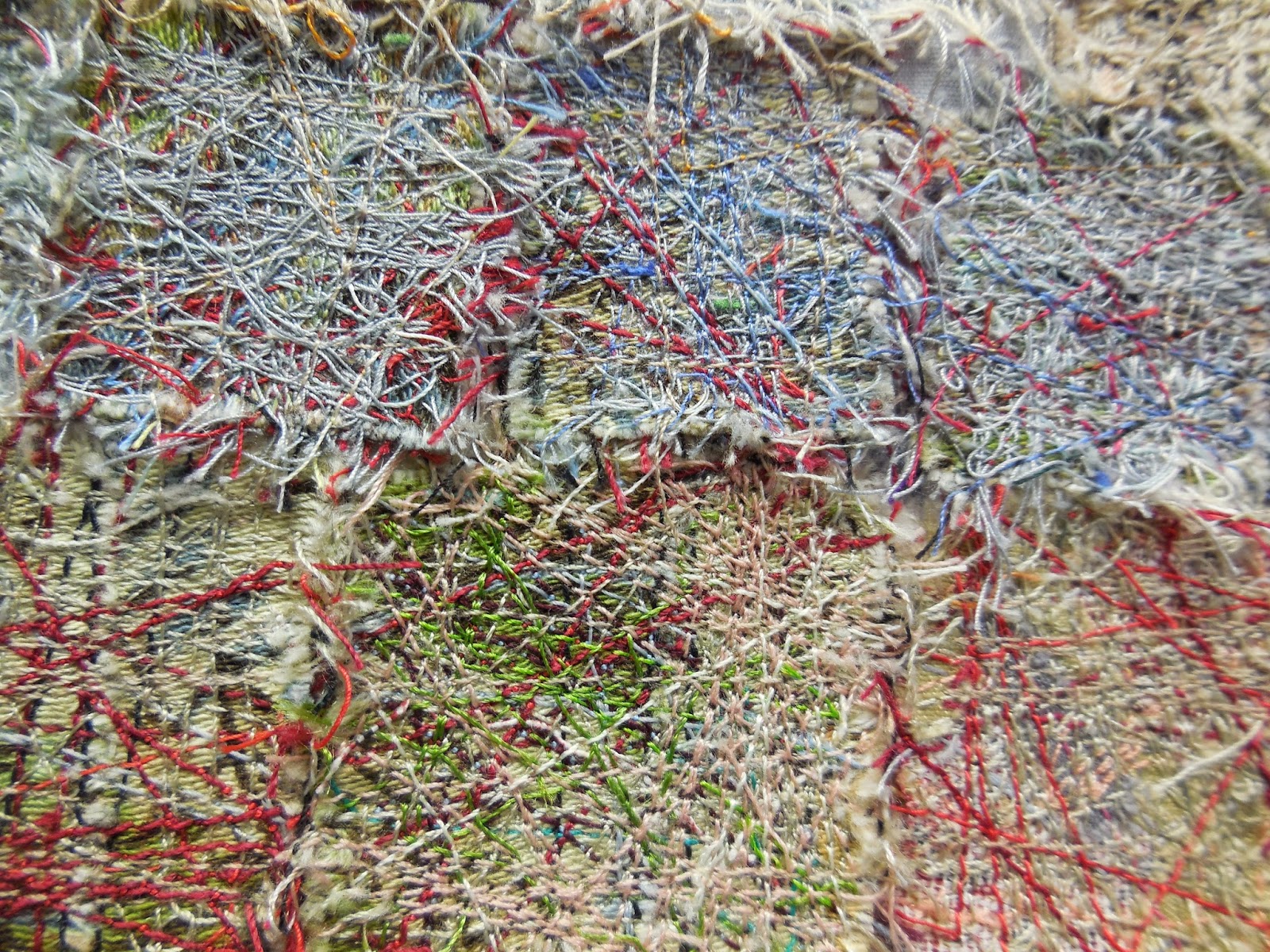 I love this dense stitching, even though it takes a long time, so it was nice to make something where the stitching took center stage.

Second, the selvages remind me of a bunch of quilts I made a decade ago with selvages.  The technique was different -- in those older quilts I made a traditional quilt sandwich with white fabric on the top, then placed the selvages to make a pattern and stitched them down through all layers, quilting and appliqueing at the same time.  This time around the technique is simpler and rougher, exactly what my sensibilities are these days. 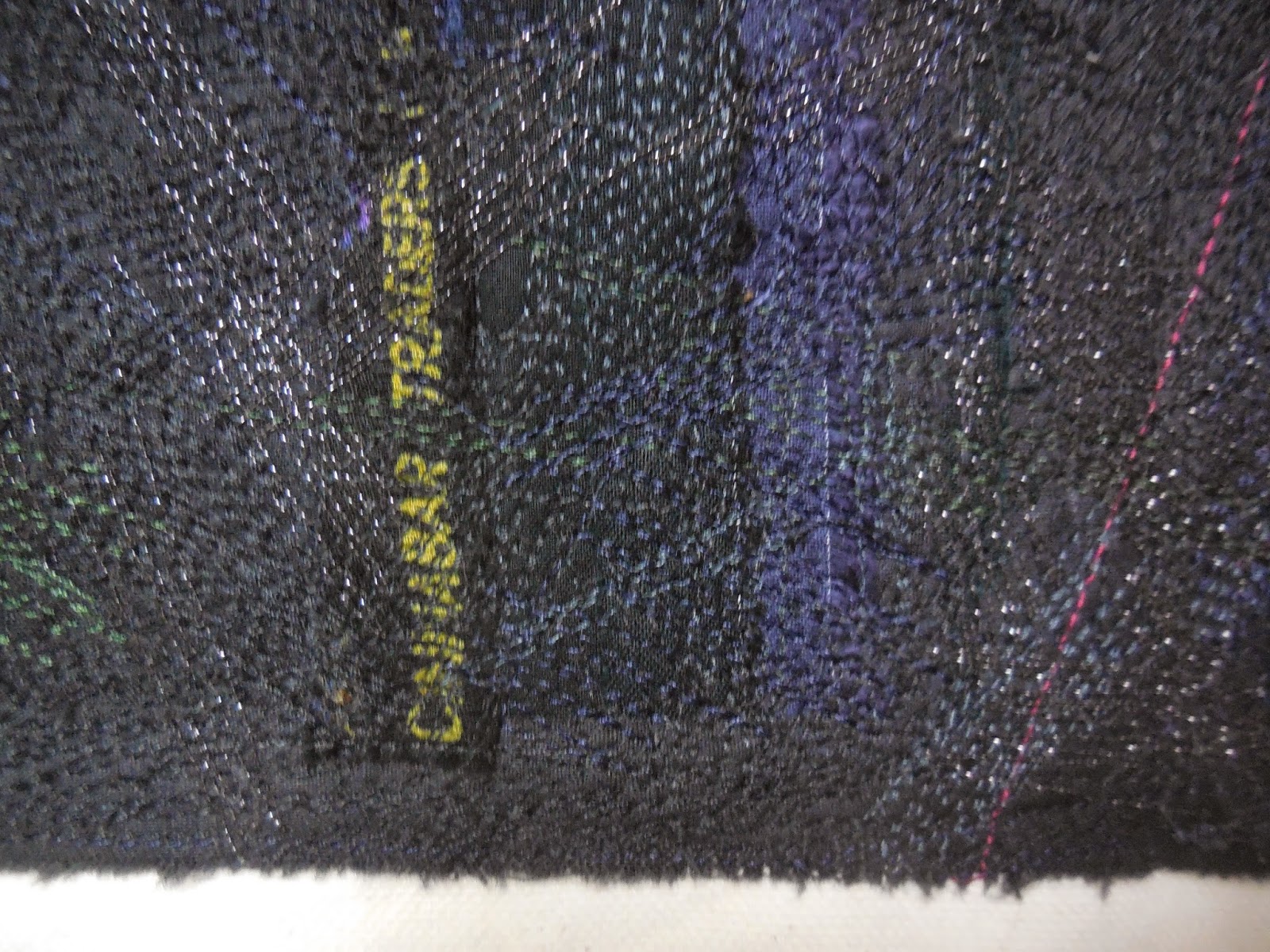 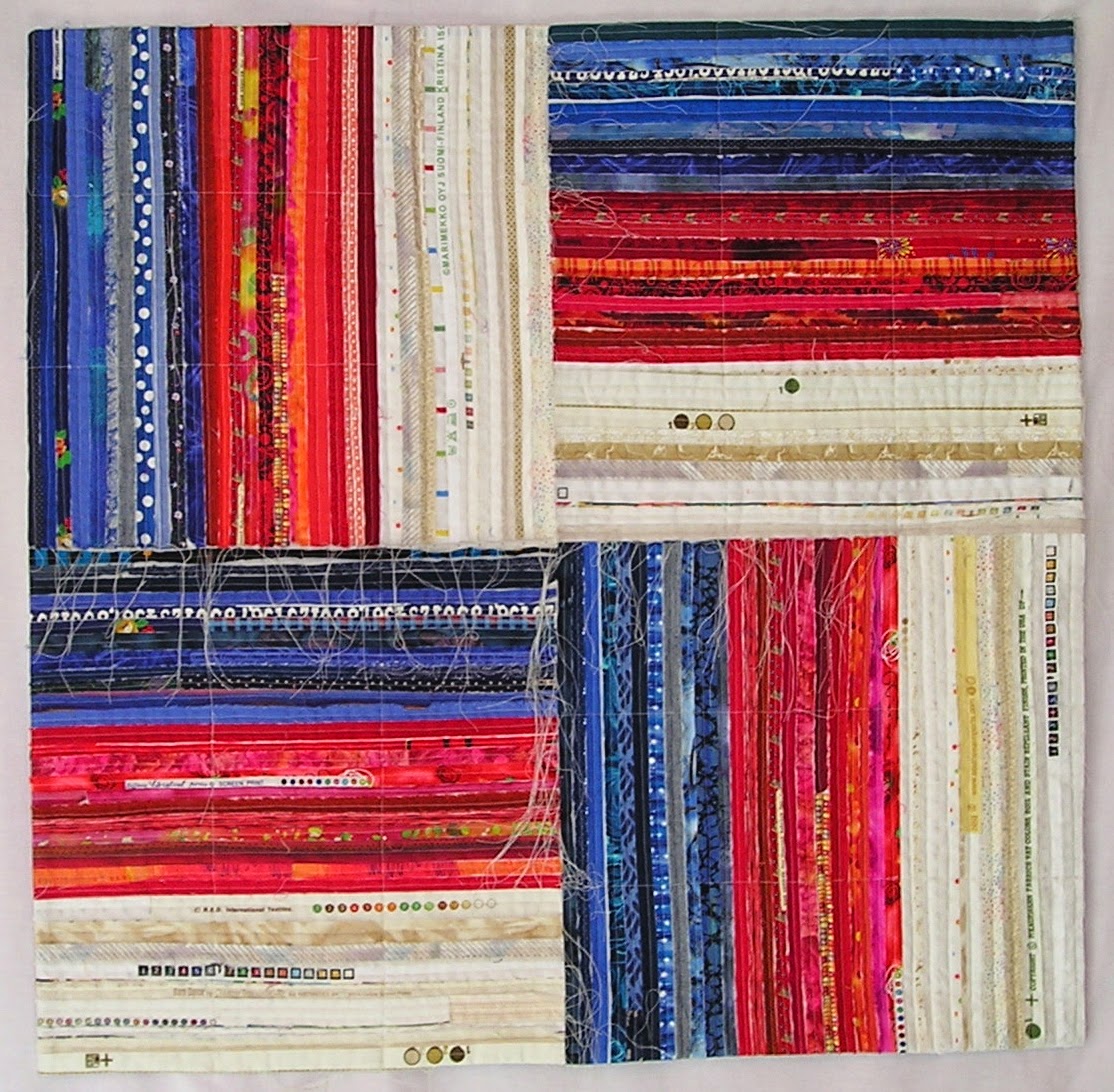 On the Edge -- Rail Fence

Finally, the bit of text on the selvage reminds me of dozens of quilts I have made with letters of the alphabet.

Does this mean there's nothing new under the sun?  That it's impossible to change your practice and escape your past?  No, although it's difficult to outrun the powerful influence of your own decades of past work and passions.

And I find it comforting to recognize that even when I try something excitingly different it's still me in there.  When I get the big posthumous retrospective at MOMA the critics will be able to discuss the recurring themes that appeared throughout my long and stellar career.