A couple of weeks ago, Isaac was visiting while I was working on my daily collage, and wanted to know what it was about. 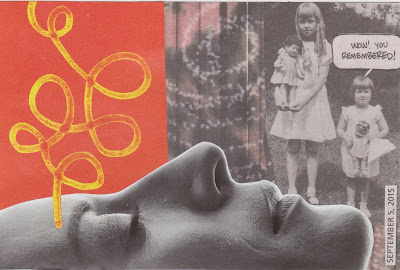 I said she's probably thinking about when she was a little girl.  He contemplated that for a while and decided that was OK.

He looked at the previous day's and when I asked him what it was about, he said the children are thinking about living in a paper house. 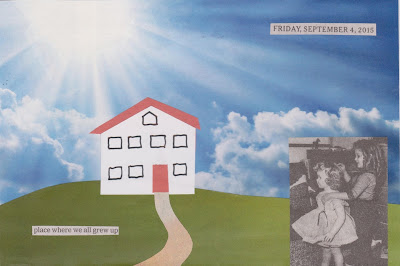 Here he said the children are thinking about the map. 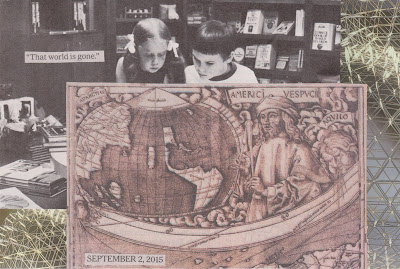 And here he said the man is thinking about turning into a sea monster with a curly tail. 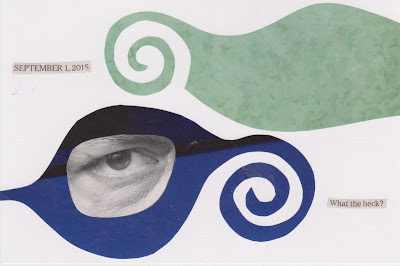 I was intrigued that he so quickly accepted the idea that the people in the scene are thinking about something else in the scene, and indeed decided that was the model for all the collages.  It often pays to run your art past a four-year-old mind and see what response you get!

P.S.  When he saw this one, he didn't have an interpretation.  All he could say was "She doesn't have any underwear!!!!!" 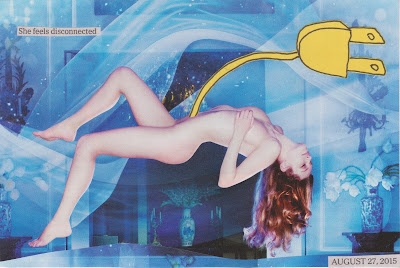 Check out all my daily collages here.