Daily art update 8 -- I've been there


One of my favorite recurring formats is "I've been there" -- I find a photo in the newspaper of something happening in a place that I've been, then paste it up with a map of that place.  I wrote about this format earlier in the year and since then I've done dozens. 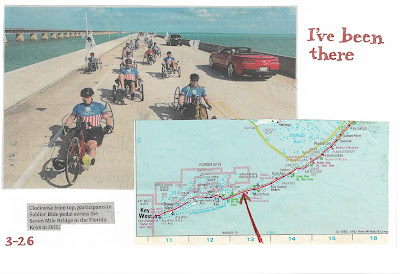 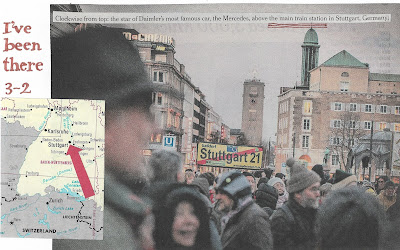 Here's a photo of Wrangell, Alaska, where I've been -- but extra points because the story was about getting to Wrangell on the Alaska State Ferry, and that's exactly how we got there. 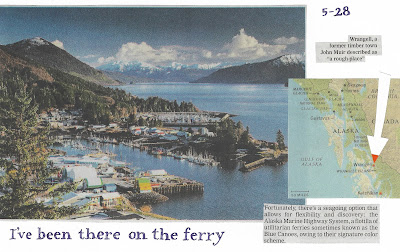 This photo shows a nurse in the St. Cloud (Minnesota) Hospital, and I'm sorry to report that we once spent a very long night in its emergency room. 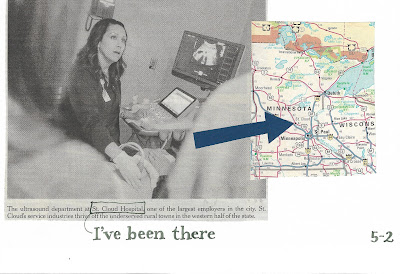 Here's a photo of 666 Fifth Avenue in Manhattan, a troubled property owned by Jared Kushner's family.  Not only did my parents occasionally take us to dinner in the very fancy restaurant on the top floor ("Top of the Sixes") but at least twice a month I would take the E train to the Fifth Avenue station, walk upstairs into the 666 building and turn left on 53rd Street to get to the Donnell Library, my favorite teenage haunt. 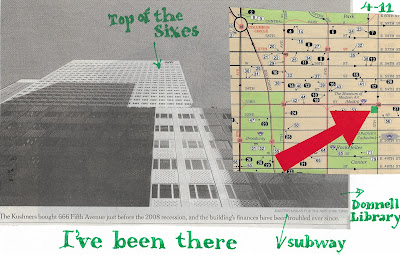 And here's a story about a mass shooting in Tasmania in 1996 that led the Australian government to effectively ban most private guns.  We visited the actual site of the shooting, at a national park, where they have set up a little remembrance area. 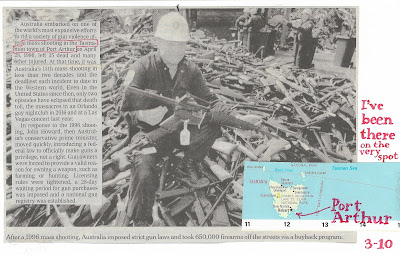 This project has added a new dimension to my morning ritual of a cup of tea and two newspapers; now in addition to reading what fabulously good news has developed throughout the world, I scan every photo to see if I've been there.


Posted by Kathleen Loomis at 9:34 AM