Return to my sew-off squares


As you may know, I am a fan of what I call "sew-off squares" -- little bits of fabric that you use when machine-sewing sewing large projects to avoid having to cut your threads.  If you ever do any machine sewing, you should develop this habit!  Read about it here.  I often make such little squares deliberately for a certain quilt, sewing dozens or hundreds or thousands of them into airy grids, but I also make lots of them with no particular design in mind as a byproduct of sewing and quilting.  Some time ago I gathered several hundred of them and packed them neatly into a box on the shelf, but a week ago I decided I needed to return to them, and dumped everything out on the sewing table.  What you see here is less than half of what I started out with, because I have been using them! 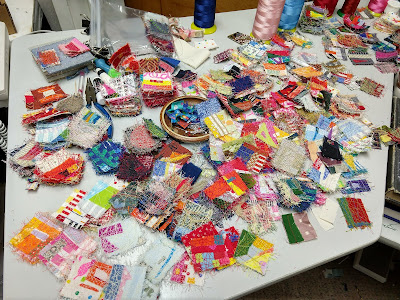 Vickie asked me last week how I make the sew-offs, so I looked through my pile for examples to show you.  They range in size from as small as an inch to as large as two inches, which is why I also call them "postage stamps." 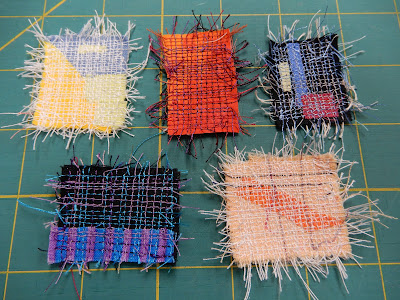 Some are sewed carefully with tiny grids, stitching lines neatly parallel and perpendicular. 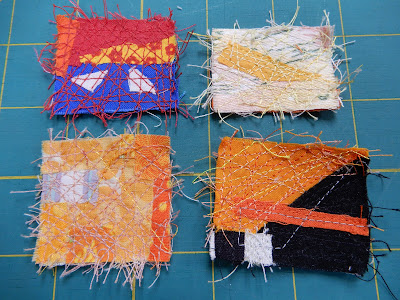 Others are sewed more randomly on diagonals. 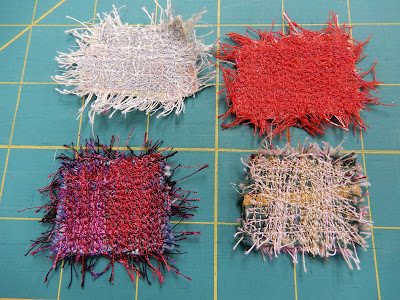 Some are stitched so densely that you can barely see the underlying fabric.

Since opening Pandora's box, I have done a lot of sorting.  I made some tiny grids as presents for other people: 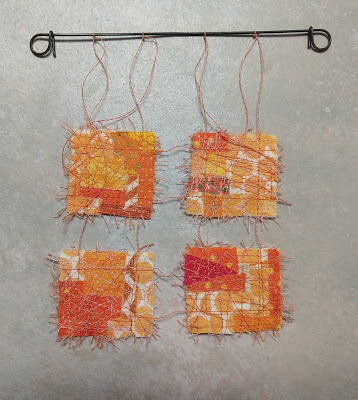 I chose others that will eventually  be mounted for display.  These two sets will be on boards that I salvaged from a group project years ago, clamped resist for indigo dyeing.  You can still see a few of the circles from the C-clamps. 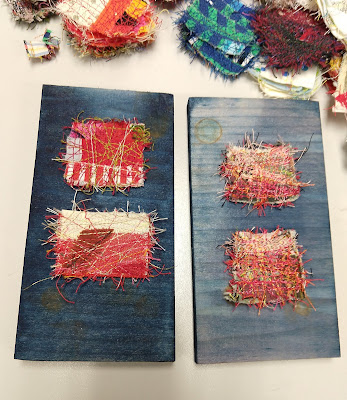 Mostly I have been using the sew-offs for a big project.  I usually make these "postage stamp" quilts with the grid quite closely packed, like this: 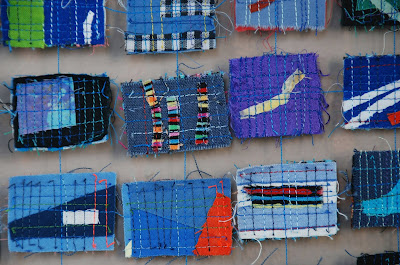 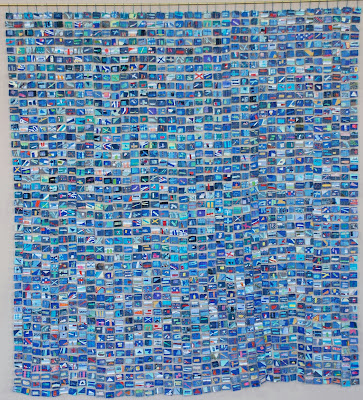 But obviously in these times of social distancing they need to stand farther apart!  So instead of leaving maybe a quarter-inch between the bits as I sew them into a grid, I'm spacing them about seven inches apart. 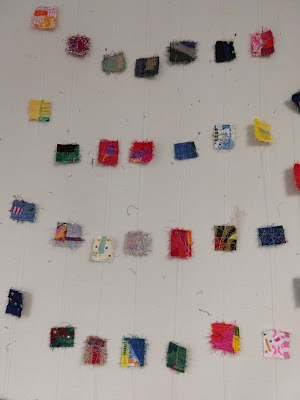 What you see here are several columns of bits, each one sewed onto a spine of fishing line.  When I get to the next step in the assembly, they will be spaced about seven inches apart horizontally as well.