Sew-off squares -- the back story


When I wrote earlier this week about two small pieces of art that I made from sew-off squares, Linda left a comment:  "I have never heard of "sewn off squares" and can't figure out what you are talking about."  Since these little bits of fabric and thread are so important both to my art and to my craft, I never want anybody to be ignorant of them and never miss the opportunity to give a lecture on this subject.

When you get to the end of a seam, what do you do?  The duh answer is I lift the presser foot, remove the thing I just sewed, and cut the threads.

Ah yes, but contemplate the disadvantages of that approach.  First, it eats up a lot of thread.  You have to pull out at least two or three inches of thread before you cut it, to make sure the needle doesn't come unthreaded when you start sewing again.  And even when you think you've pulled out enough, you might catch the thread on your shirt cuff button or with a pin in your sewing and oops, your needle has to be threaded all over again.

When you're sewing a dress there aren't all that many seams, so these disadvantages don't mean much in the eternal scheme.  But when you're piecing a quilt with a bazillion tiny bits of fabric, you come to the end of a seam every couple of minutes.  Traditional quilters often bypass the problem by chain-piecing -- that is, when you get to the end of the seam, get another pair of pieces that need to be sewed together and stitch directly from seam #1 onto seam #2.  This works particularly well if you have a lot of blocks or parts of blocks to make on a production line, but at some point you run out of seams and have to take the whole thing over to the ironing board or whatever.

Serious piecers have learned that it's good practice to never cut your thread and leave the ends wafting in the breeze.  So if there's no next pair of pieces to sew onto, you sew onto the sew-off square to secure your threads. 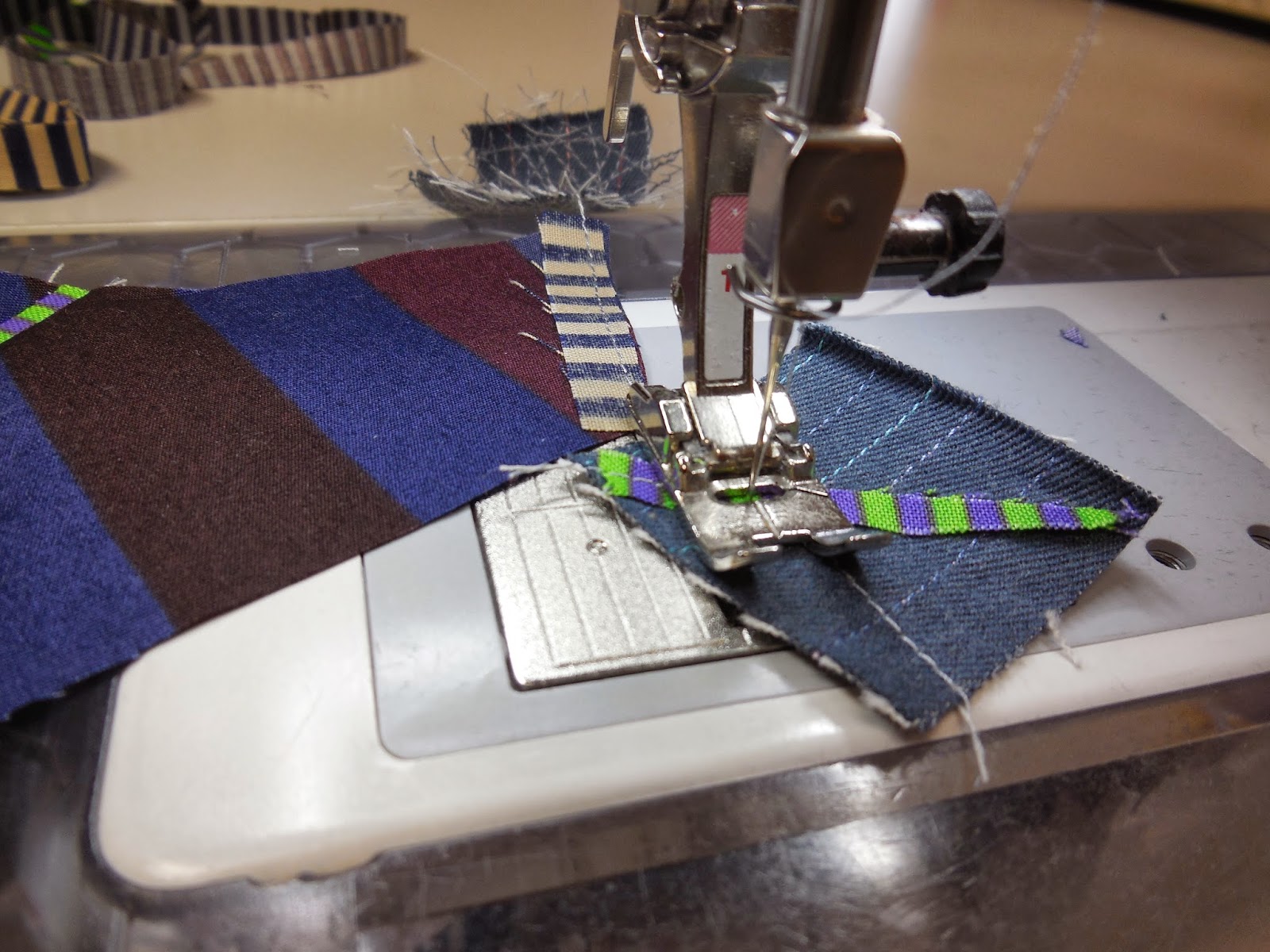 sew from the end of your seam onto the little square 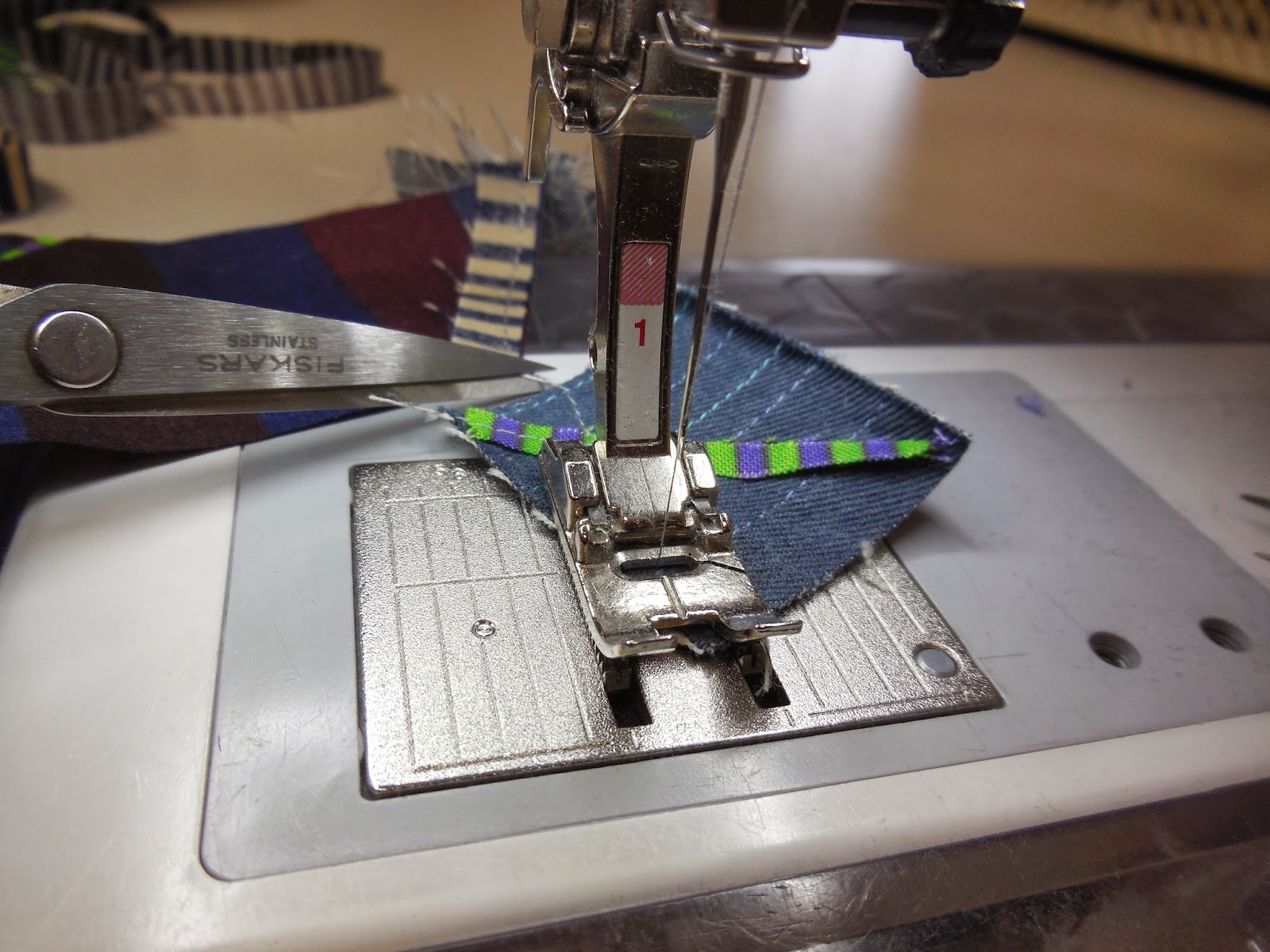 cut the thread between the two pieces of fabric 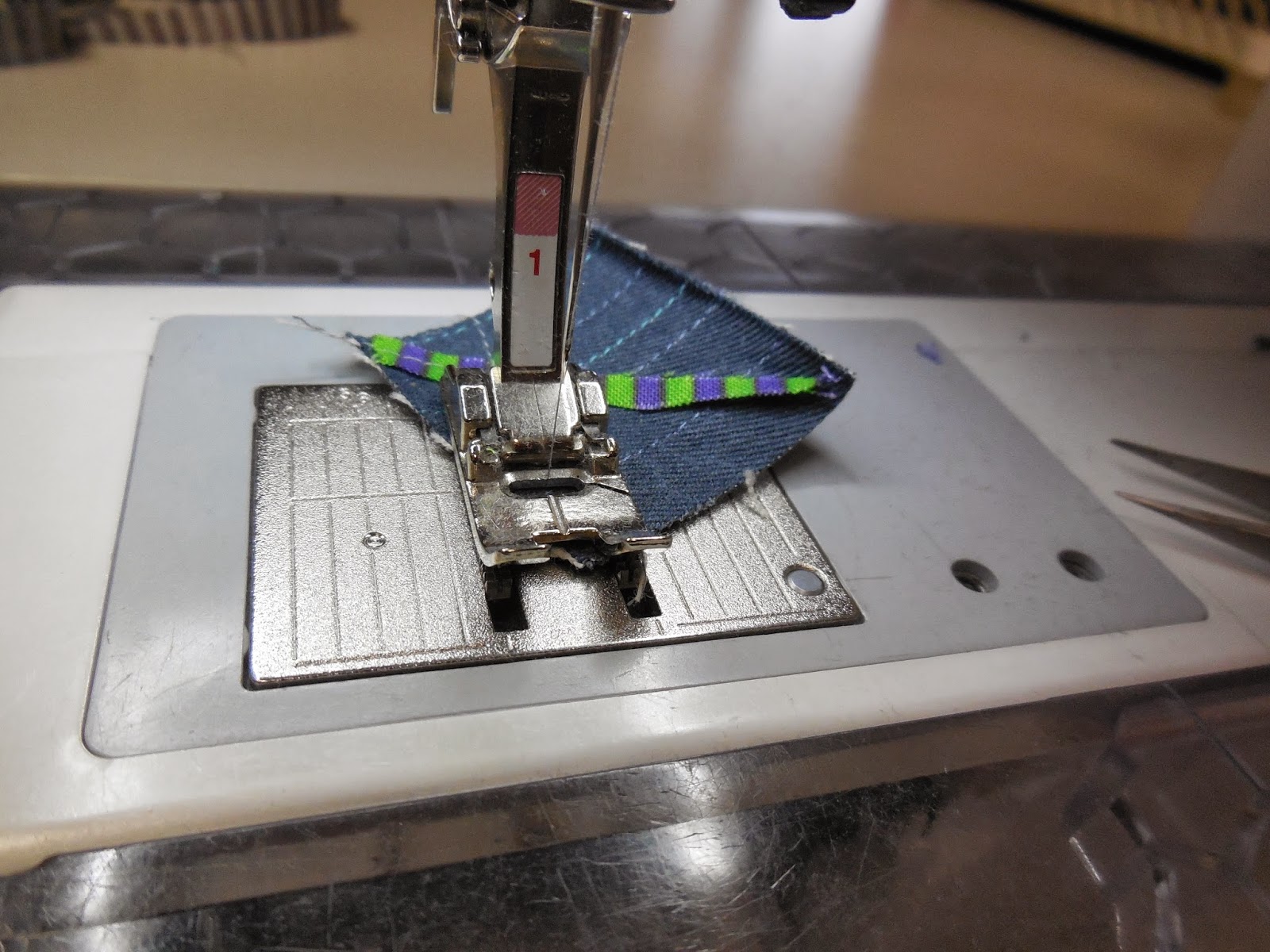 leave the sew-off square under your needle, ready to sew onto your next seam


I had always known about sew-off squares but never been nuts about them until a two-week workshop at the Crow Barn in 2007.  A whole barn full of quilters were sitting there sewing up a storm, and we got to talking about sew-off squares.  Lisa Call was saying that she religiously uses them, and a few of us who were not as conscientious resolved that we would mend our ways and do it too.

As the sewing progressed, it didn't take us long to see that you could make little patterns on the sew-off squares by putting a bit of contrast fabric under the stitching, and by the end of the workshop we had accumulated quite a pile of the little compositions.  My partner in resolution, Barbara Bugliani, eventually turned her collection of sew-off squares into glamorous scarves.  I took another tack, sewing hundreds of them into what I call "grids in space," held together only by threads.

I call the quilts in this series "Postage" because the little sew-off squares are about the size of postage stamps and remind me of a precious time in my life, the six years in which I sent a postcard to my mother every day.  But I'm also using the sew-off squares in other forms of art. 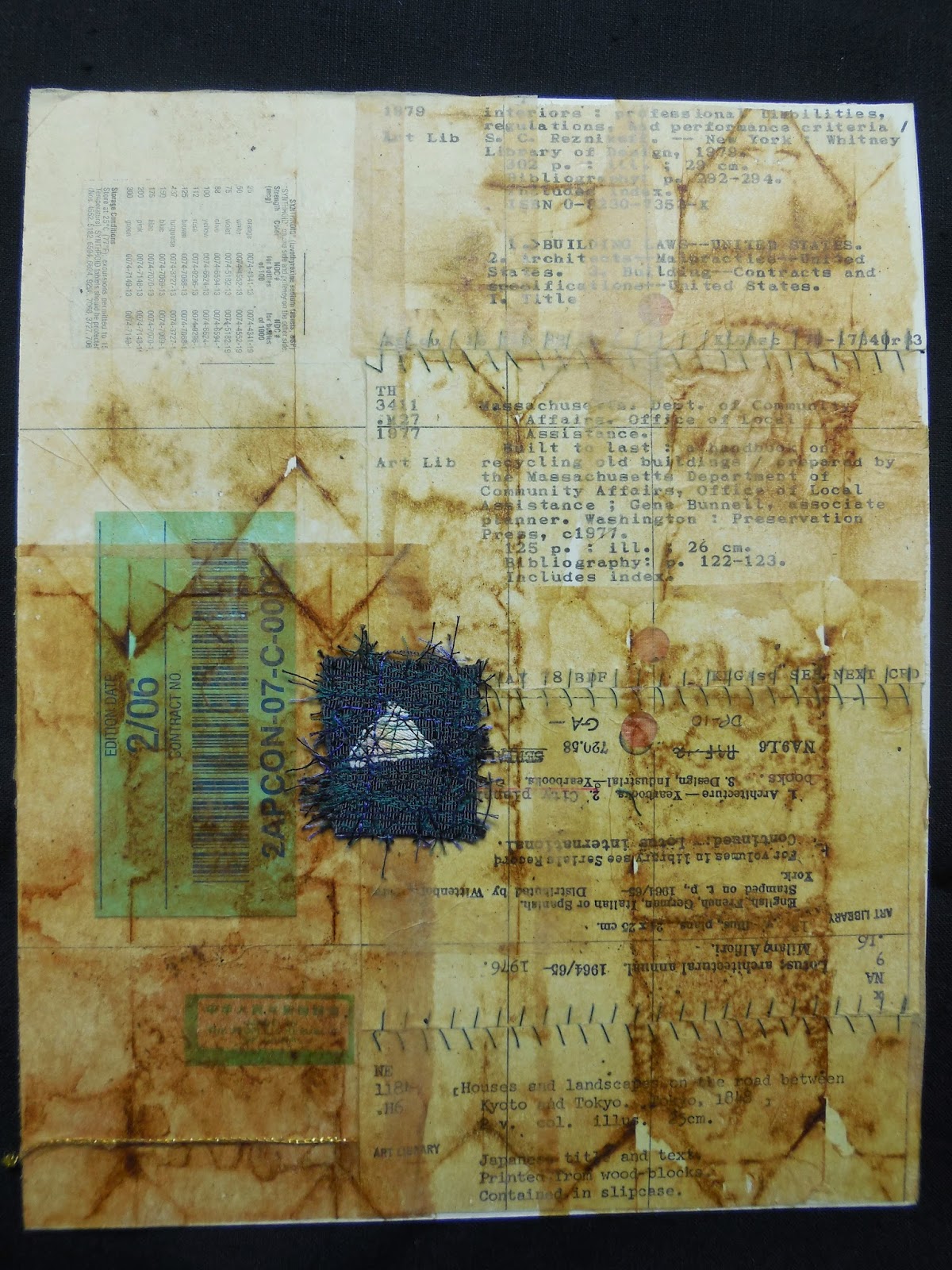 used as texture in a collage

Here and here are some old blog posts in which I showed other projects using the sew-off squares. 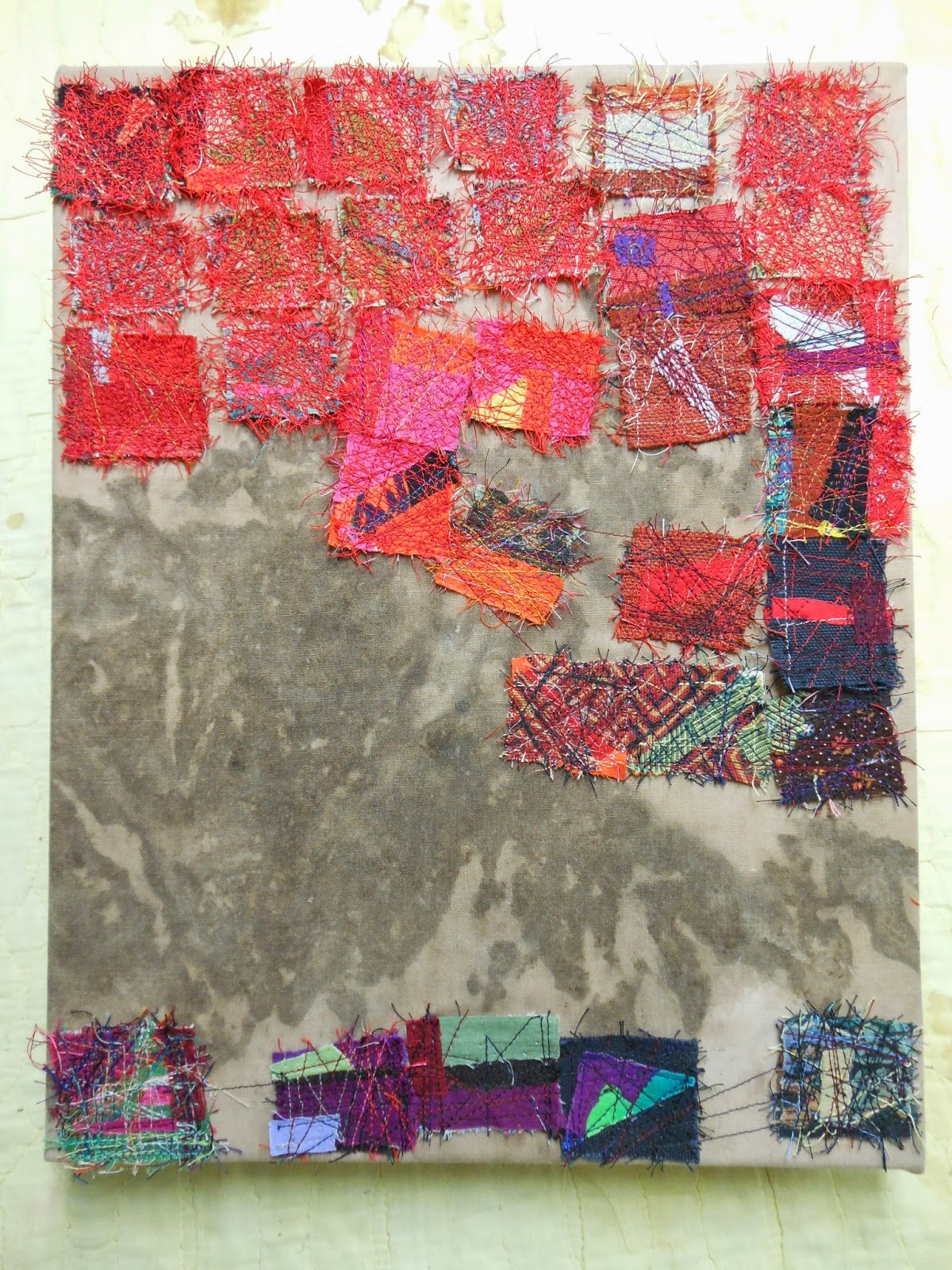 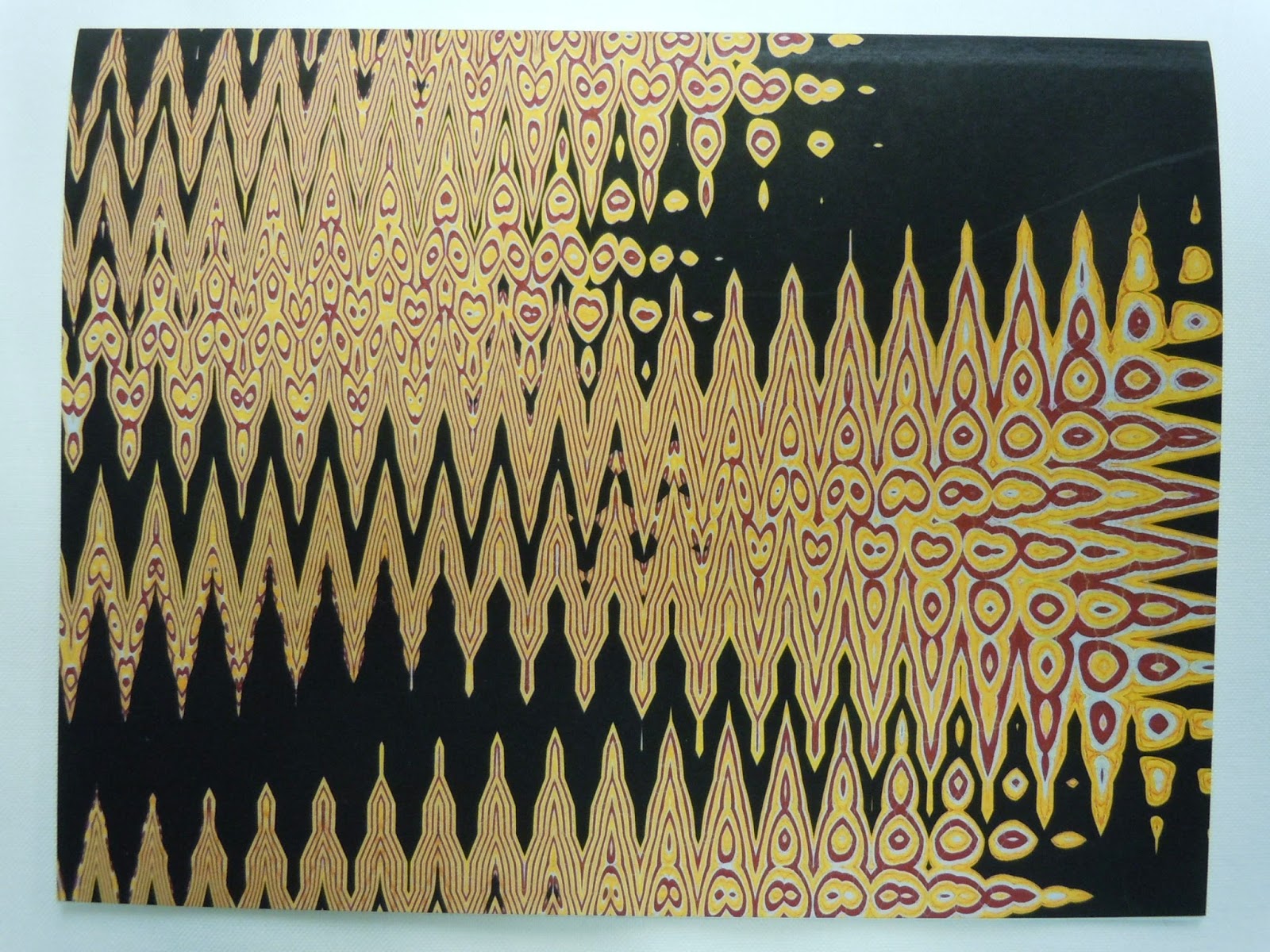