I talked recently to the Quilters’ Day Out about how I perform “termite art,” obsessive work consisting of many, many little bits. In addition to the 2-inch pieced squares that I described in my recent post, I have done similar work in other series.

One was the use of selvages to make up large expanses of color. I stopped throwing out selvages years ago, realizing that I was in love with the interesting words and symbols printed on them. Finally I figured out what to do with them. When I make selvage quilts, I make a quilt sandwich of backing, batting, and plain white top fabric. I draw the design onto the white top, and then stitch selvages to the sandwich, attaching them and quilting the package at the same time.

When I first made selvage quilts, it was my first foray into what I will call “bad girl quilting,” allowing the raw edges and thread ends to hang out in public as well as using the parts of the fabric you’re supposed to cut off and throw away. I was nervous about doing this, exactly the way I felt the first time I ever wore pants to church – I was half afraid God was going to reach down from heaven and zap me. To appease the gods of quilting, I decided to use the most traditional patterns I could, to reassure them that I did respect the old ways even as I was transgressing. 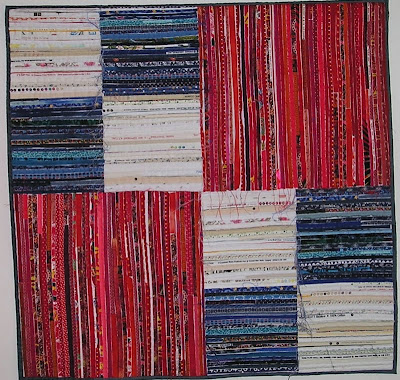 On The Edge: Double Four-Patch 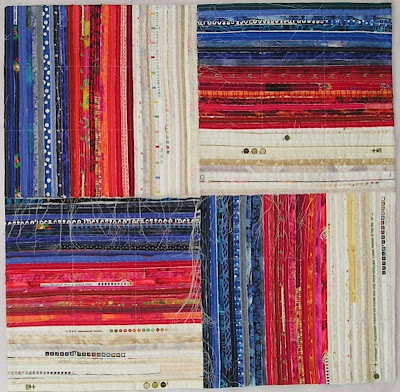 On The Edge: Rail Fence

Later I used the same technique to make letters of the alphabet. 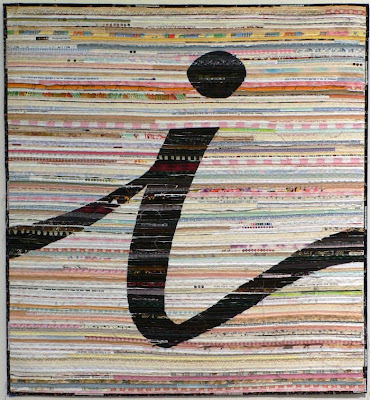 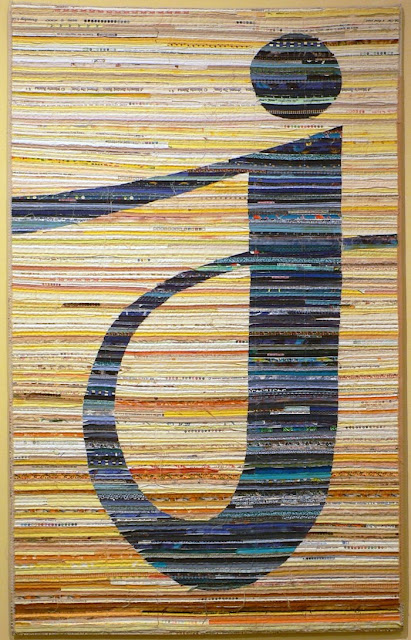 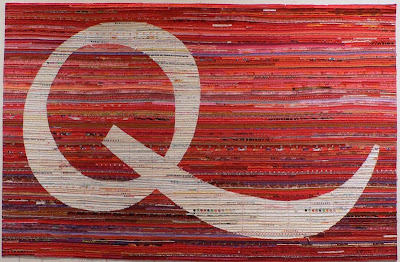 
I’ll write soon about another “termite” quilting technique that I’ve used, this one even more obsessive.

Posted by Kathleen Loomis at 7:22 PM