Early in the year I discovered a collage technique that I used many times.  I found two heads of the same size, cut them apart, and swapped halves.  Either horizontal or vertical cuts worked well.  Surprisingly, mixing male and female heads made unisex characters who looked quite natural. 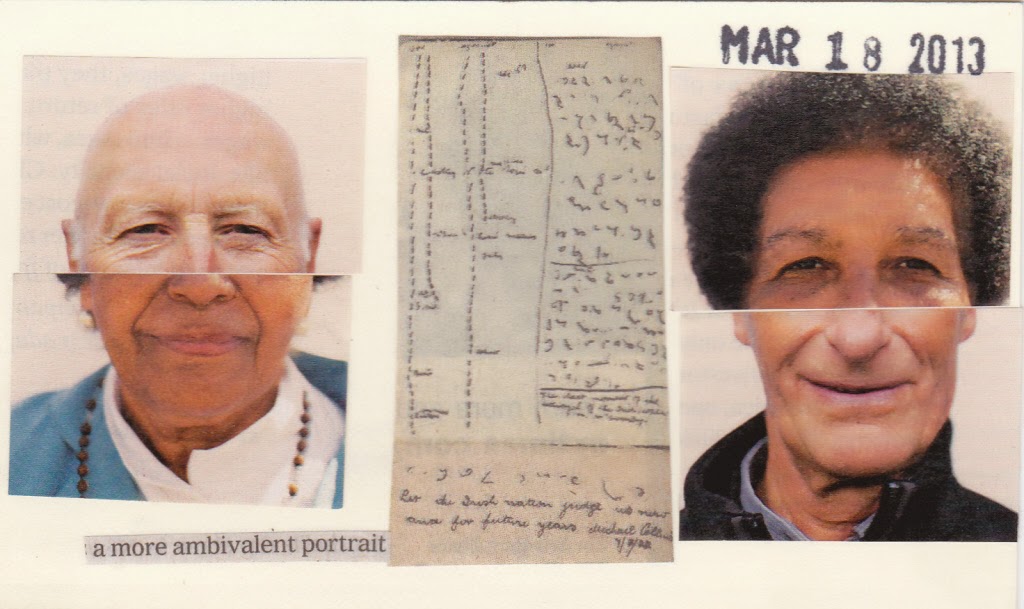 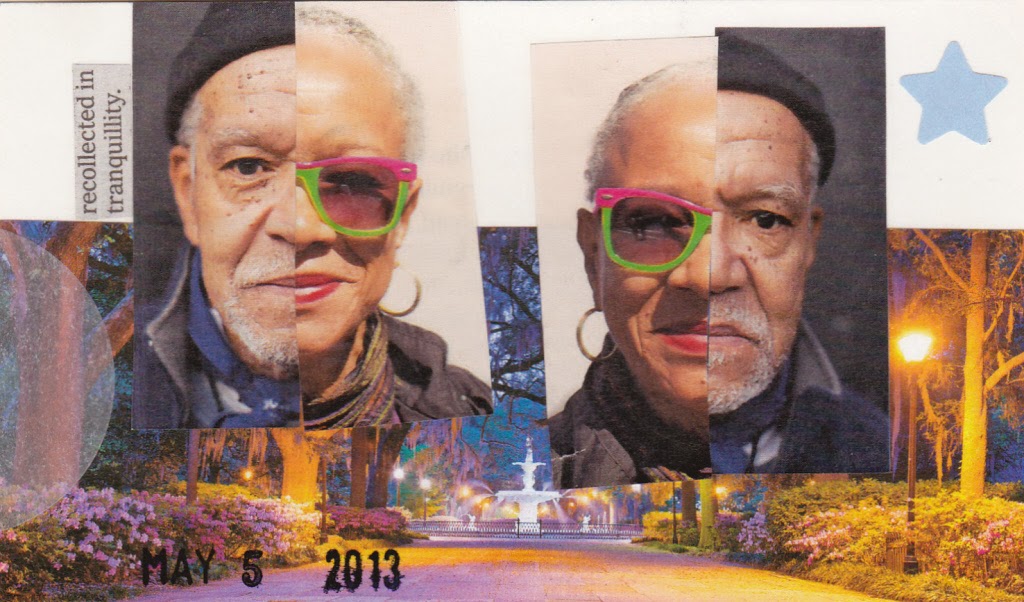 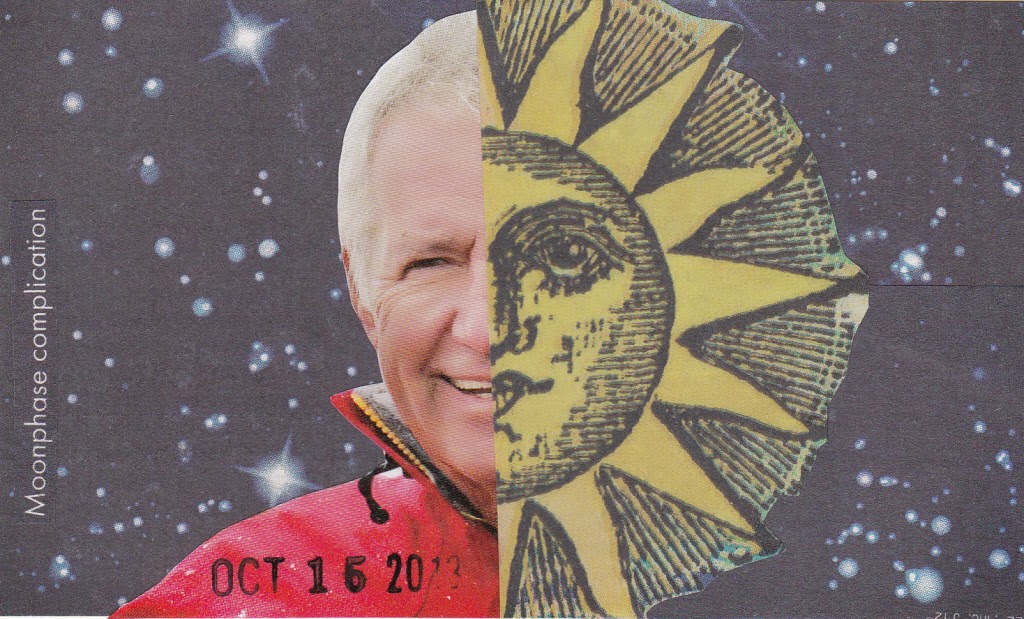 Kentucky is a hotbed of basketball, and last year was hotter than most, with our local team winning the NCAA championship and the team down the road as a perpetual contender.  By the time the season was over I was so sick of photos of coaches yelling (I think there's a rule of journalism against depicting coaches with their mouths shut) that I made this collage: 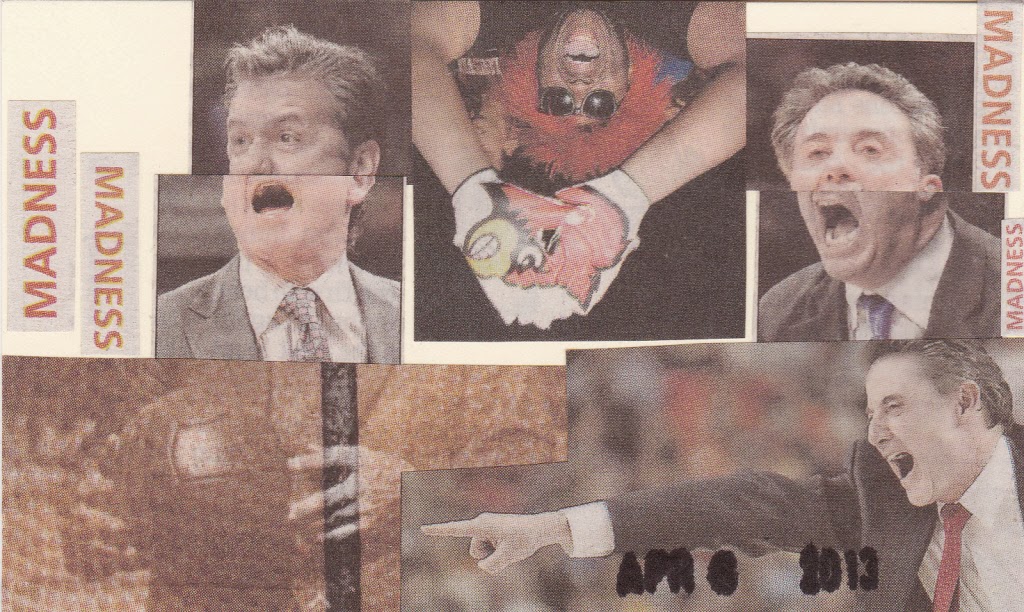