I am known for the total chaos abiding in my studio, in which you have to prepare for a long time to come up with an empty surface to work on.  It's not true, as some kind observers have suggested, that I know the precise whereabouts of everything and can find anything I want in a minute or two.  But every now and then I have a success story.

With impending frigid weather, my husband was feeling nervous about his lack of really warm gloves.  He's been threatening for weeks to go out and buy some, to which I cynically reply, go out and TRY to buy some, good luck.  A couple of years ago when I was getting ready to go to Antarctica I tried to buy some, and at several stores bought what I was assured were REALLY WARM.  I took them all back.  Fortunately Antarctica wasn't all that cold (one day we had 52 degrees, below the Antarctic Circle) so all my fingers survived intact.

So I didn't think much of his prospects of finding REALLY WARM gloves.  Yesterday I suggested that maybe I should just make him some polar fleece mittens to wear over his not-really-warm gloves.

To my delight and amazement, it took me all of three minutes to find a remnant of polar fleece that I had bought a decade ago, and then less than five minutes to find the Threads magazine from 1996 with a pattern for polar fleece mittens that I had remembered for all these years.  Twenty minutes to transcribe the diagram into a full size pattern, and an hour to sew the mittens, complete with ultrasuede bars across the palms for slip-free driving.  Yes, the red-and-pink lumberjack plaid isn't what I might have chosen at the fabric store today, but it was there, and Ken said he'd be willing to wear it. 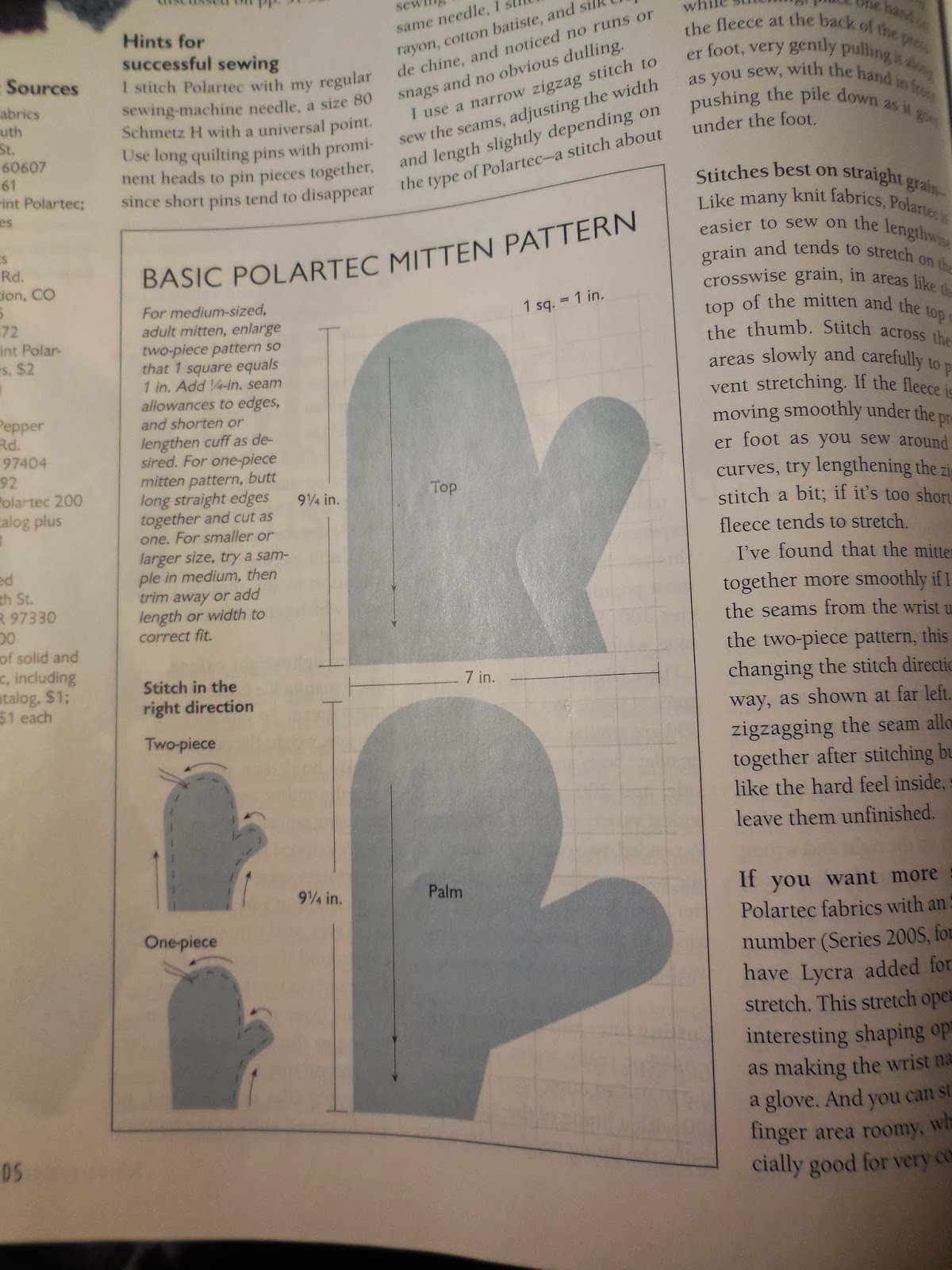 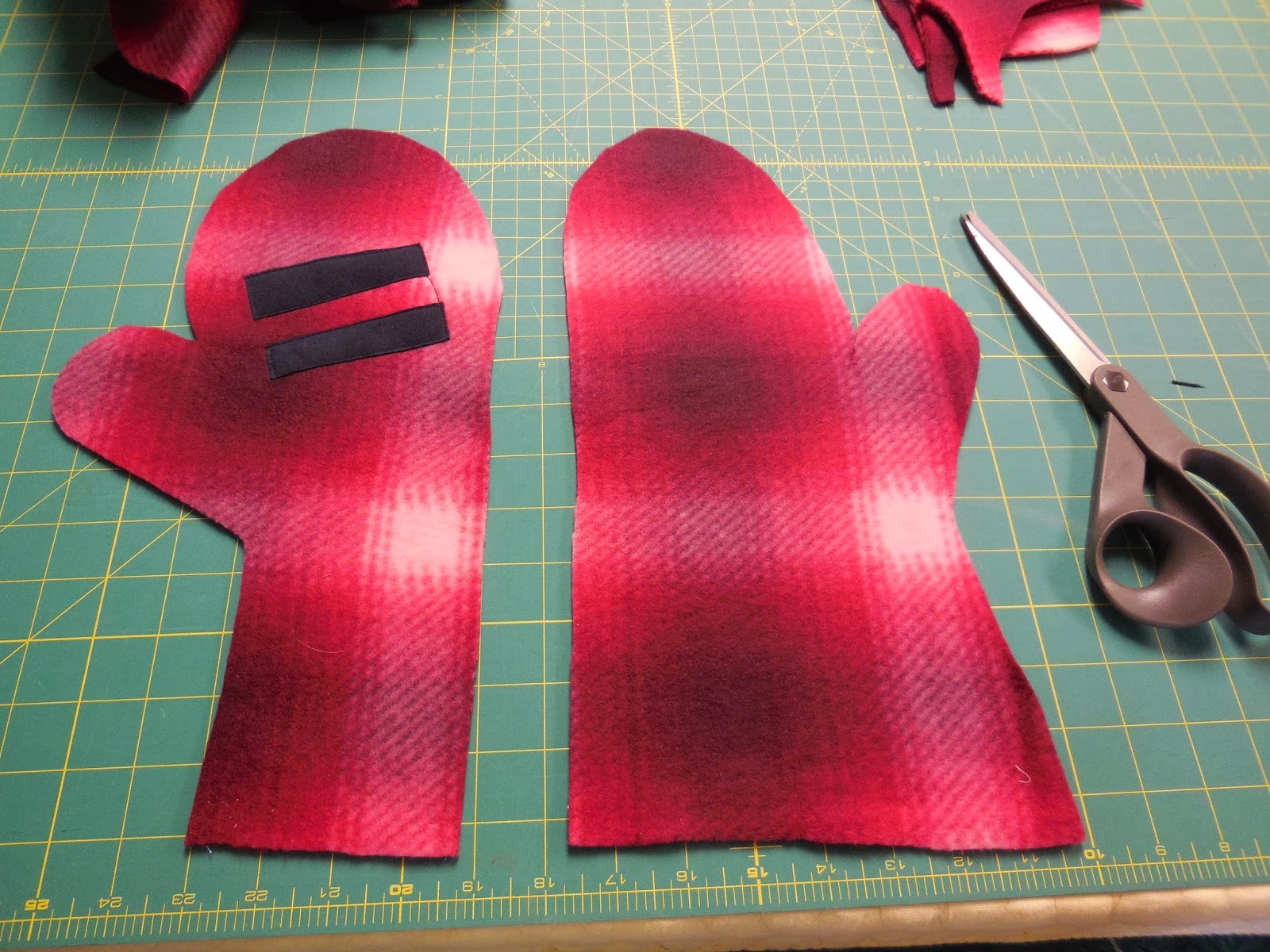 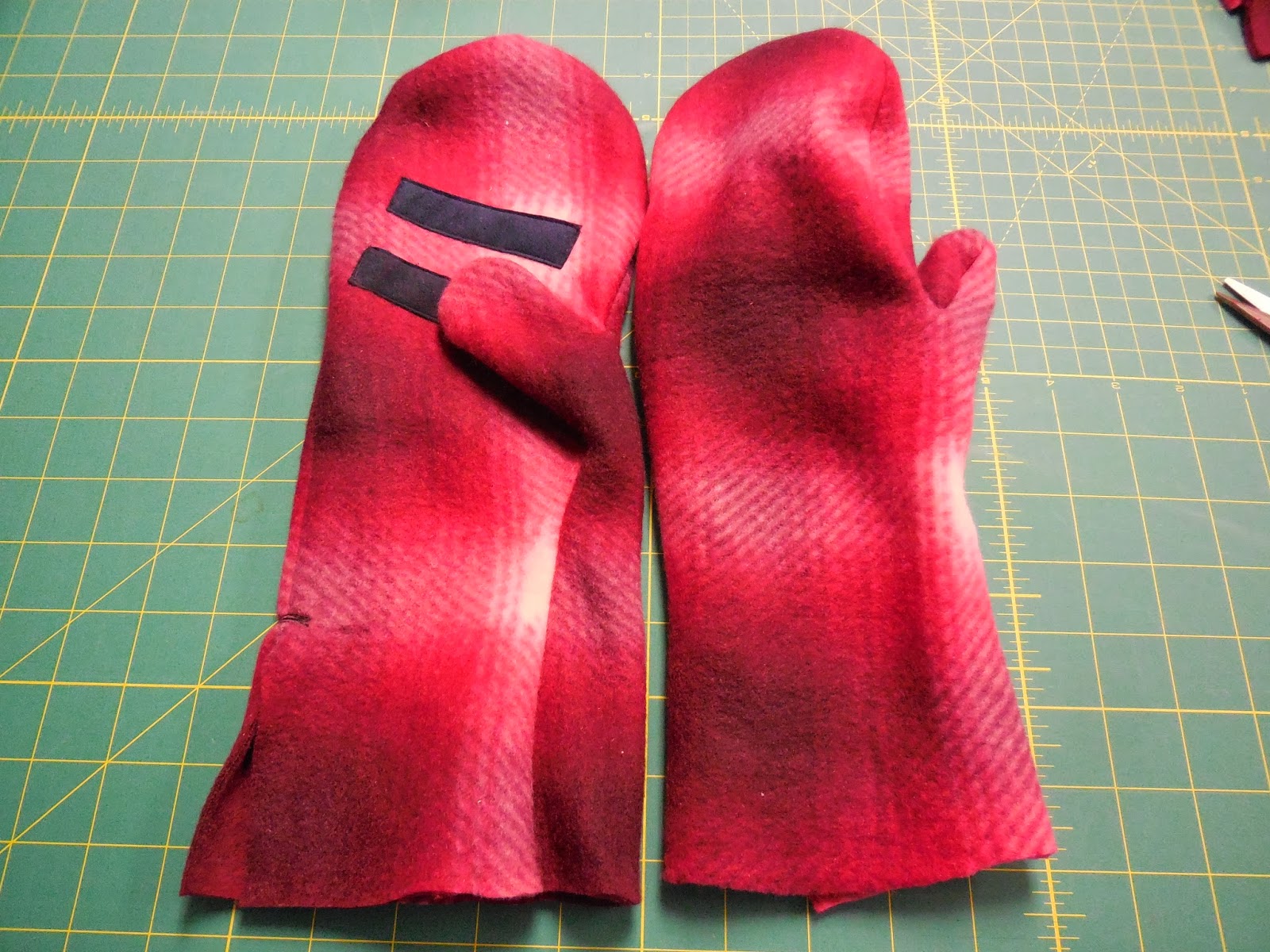 Considering that sometimes it takes me all day to find something I had last week, I thought this was a triumph for system and memory.  We'll see whether the mittens are REALLY WARM today, when he will probably wear them out into the zero-degree blast.
Posted by Kathleen Loomis at 6:16 AM