Dumb on the internet


A dear friend of mine is just about perfect except that she keeps sending me friendspam email -- you know, the gee-whiz articles, jokes, photo arrays and heartwarming stories that somebody sent her.

Usually I just delete such messages without reading, but for some reason I looked at this one.  Here's how it started:

OH, HOW TRUE THIS IS!!
Subject: Fw: How old is grandma?
Stay with this -- the answer is at the end... It will blow you away.
One evening a grandson was talking to his grandmother about current events.
The grandson asked his grandmother what she thought about the shootings at schools, the computer age, and Just things in general.
The Grandmother replied, "Well, let me think a minute
I was born before:
television
penicillin
polio shots
frozen foods
Xerox
contact lenses
instant coffee
Frisbees and
the pill 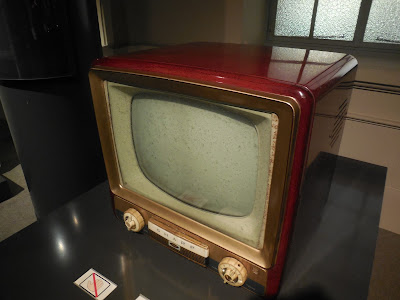 There were no:
credit cards
laser beams or
ball-point pens

Man had not yet invented:
pantyhose
air conditioners
dishwashers
clothes dryers
and man hadn't yet walked on the moon

I'll spare you the very long middle part of the story, in which grandma smugly carries on about how life was so much better in the olden days and people were more patriotic, more moral, etc.  But the punchline is that grandma is only 72 years old, born in 1942.  We're supposed to feel all gee-whiz at how fast the world has changed, plus (if we're on the old side) pretty smug ourselves for having grown up without all those newfangled contraptions.

I'm still jet-lagged from my recent trip halfway around the world, so I was sleep-deprived and crabby enough to look at this list of allegedly post-1942 inventions with suspicion.  So I looked them up.  And discovered:

In other words, the story ended before the grandson says in response:  Grandma, you're full of crap.  You're wrong about 10 of the 17 items on your list.

But what I find intriguing is how these founts of misinformation start their endless journeys through cyberspace. Who writes this stuff anyway?  Obviously somebody too old to understand about Wikipedia.