The National Gallery has seven Rembrandts and two Vermeers (and the very next day I got to see a third Vermeer across town) so you can get your quotient of Really Great Art in a few minutes.  That is, unless you plonk yourself down to commune with Rembrandt himself in one of the self-portraits. I do that whenever possible -- heaven is a museum with a bench in front of your favorite painting.  And I particularly love looking into the eyes of the artist himself, which happens so many times with Rembrandt; maybe he was too cheap to hire models.  Here he is as a young stud, quite satisfied with himself, as he had every right to be. 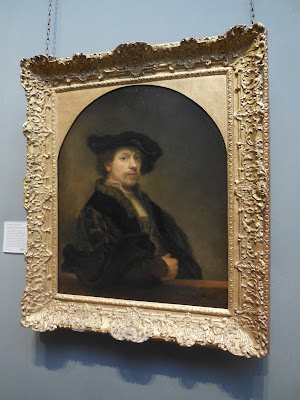 Here's his girlfriend, looking quite alluring in a bra-less fur outfit and nice jewelry. 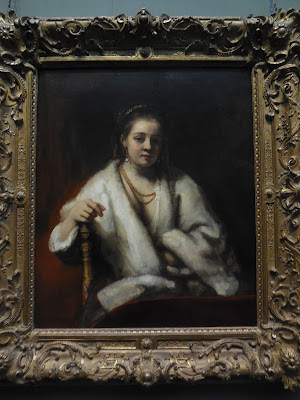 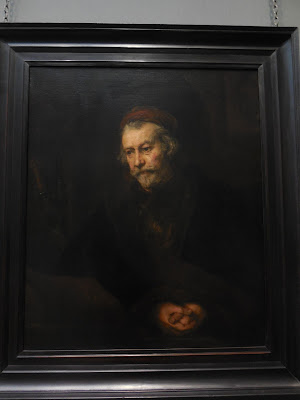 Both the Vermeers feature a virginal, the early harpsichord popular in the late Renaissance.  The instrument came in a case and was placed on a table. Apparently it didn't matter whether you stood or sat, or whether the keys were high or low relative to your body; all that technique would come later. 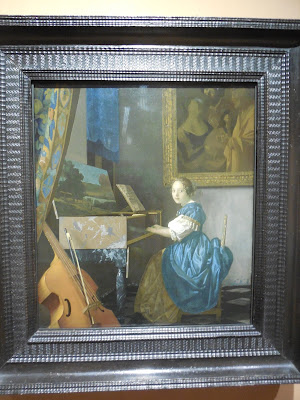 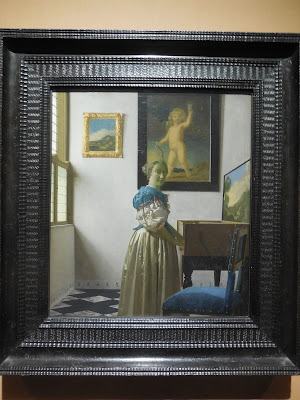 
Posted by Kathleen Loomis at 5:38 AM