I can't believe what the Internet can do for you


Last week I posted a panel in the International Honor Quilt project, made in northern Quebec, that celebrated Inuit culture.  I asked whether anybody knew anybody who could help me type in and/or translate the writing. 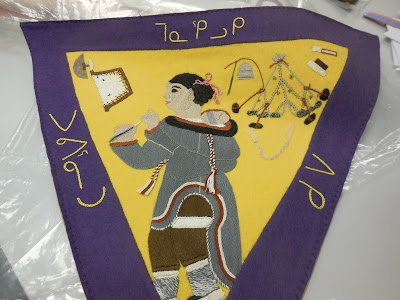 To my utter amazement, I got four responses from people who said they could help!  Thank you so much to all of you -- I am so appreciative that you responded and offered.

First to write me was Judy Martin, my longtime internet friend whose work and blog I love.  She volunteered her brother, who has worked with Canadian aboriginal languages, and in a couple of hours he wrote me back with the text typed in:

Apparently "Mainiqiluki" is the woman being honored in the panel, "Puvirnitu" is a variant of Puvirnituq, the town where the panel was made, and "Kupai" is the abbreviation for Quebec.  And the name of the language is not "Inuit" but "Inuktitut."

Here's where Puvirnituq is: 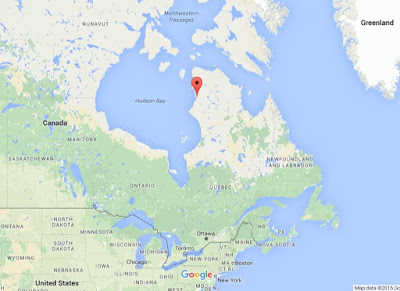 As it turns out, there's a second bunch of Inuktitut that we may want to have translated, a piece of paper that presumably explains more of who made the panel (we know it was a sewing class) and who Mainiqiluki is.  But that would require higher-level translation that Judy's brother can provide.  If the project director wants to go that far, I may be calling on the other three comment posters for their help after all. 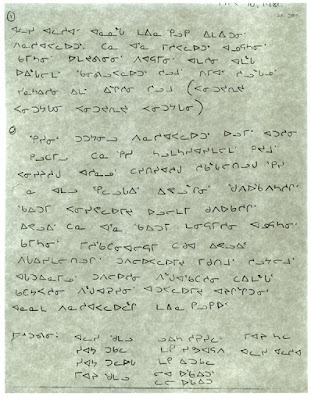 Meanwhile, let's take a minute to contemplate how impossible such a transaction would have been in the days before the Internet.  What took less than a day to accomplish would have taken weeks, maybe months.  And I marvel at how I've had the privilege, through the Internet, to build such a wonderful network of friends and connections.

Posted by Kathleen Loomis at 6:03 AM