I wrote earlier this week about stealing ideas and images from other people's blogs to jump-start my daily drawing, a practice which I heartily recommend.  Here's another example.

I had the pleasure of meeting an internet friend, Lisa Flowers Ross, in person last month when we were in Idaho.  She was telling me about an online painting class she was taking in which she had to make many, many small paintings every week to try out different approaches and "recipes."  After I came home I kept checking her blog to see what she was painting.

One day she posted this painting among several others exploring black and white.  The assignment was to get as much variety as possible into each piece, without worrying about balance, unity or resolution. 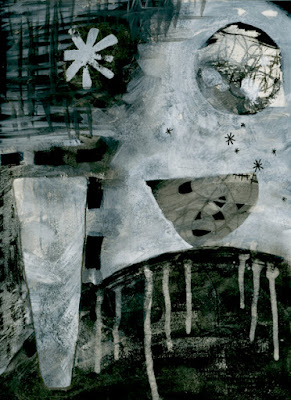 For some reason, this painting called out to me.  I left a comment on Lisa's blog saying that it looked to me like a bowl and a vase on a table.  And since I hadn't done my daily drawing yet, and my sketchbook was within reach of the computer, I grabbed a pen and drew my version of the image. 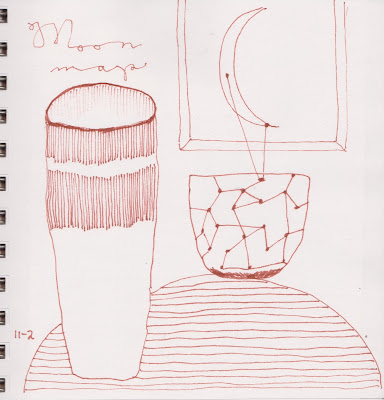 To  me the pattern on Lisa's "bowl" looked like a star map, so that's what I drew more explicitly on my version.

I reworked the image several times in my drawings, sometimes connecting the patterns on the dishes with the tablecloth or the view out the window. 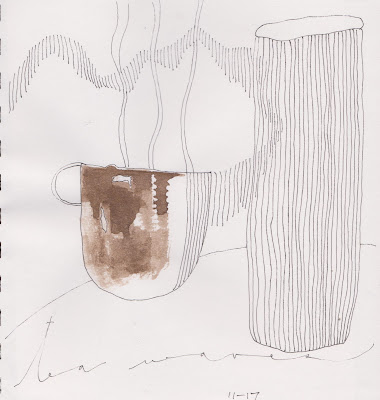 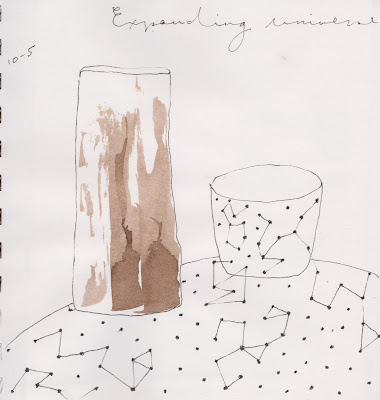 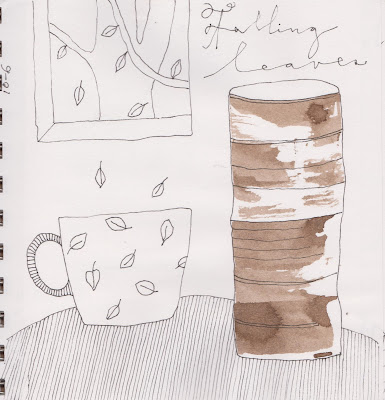 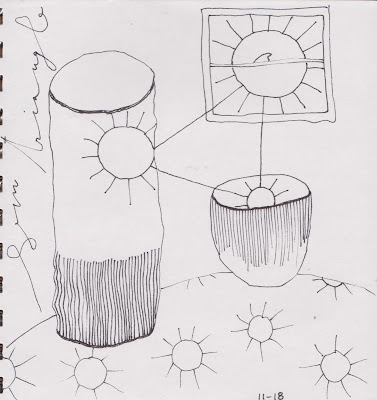 In the second half of the year I have been shying away from drawing objects from life in favor of imaginary scenes, and this particular combination of objects has really struck a chord.  I like making the wobbly pottery and messing with the perspective; it makes me feel more like an artist than a draftsman.

So thank you Lisa!