When I visit a big-time museum I always like to look for fiber.  The fiber art you find in such venues hardly ever looks like any fiber art you would see at a dedicated fiber show in the U.S.; more inscrutable, often more casual in construction.  Many times you'll find fiber constructions made by artists whose major reputations are in other mediums.

Here's a major work from the Statens Museum for Kunst (the Danish National Gallery) in Copenhagen, by Yvette Brackman, a Danish-American sculptor.  It's a series of five cloaks or garments, made in 2014, titled The Troublemaker, Father America, The Chorus, The Good Mothers & Hitler-Stalin.  Inexplicably I have photos for only four of the five, and don't know which is which. 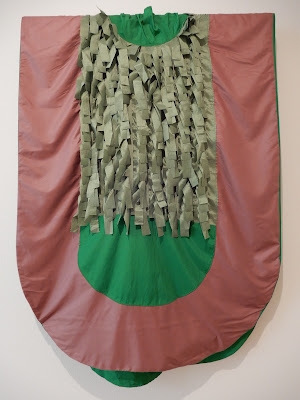 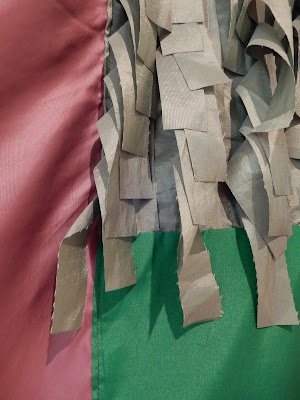 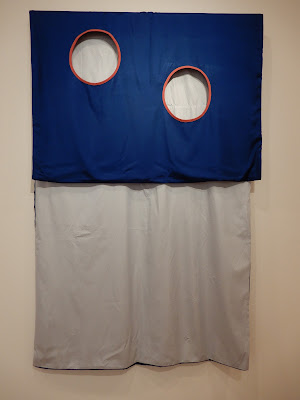 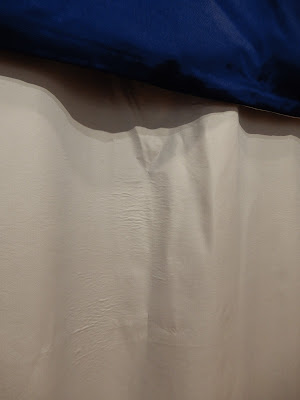 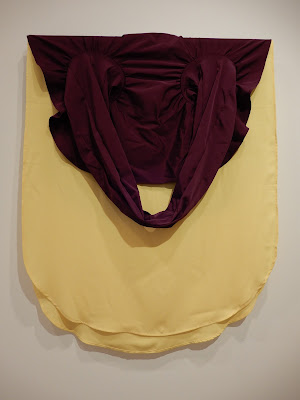 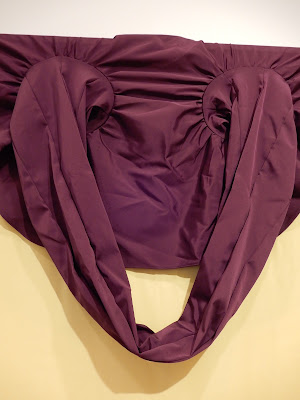 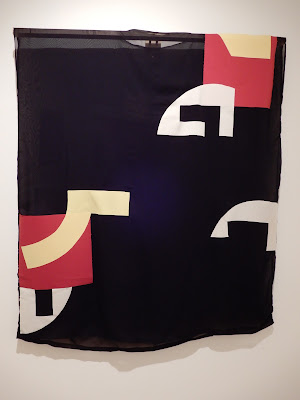 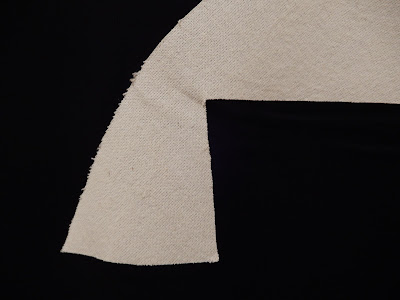 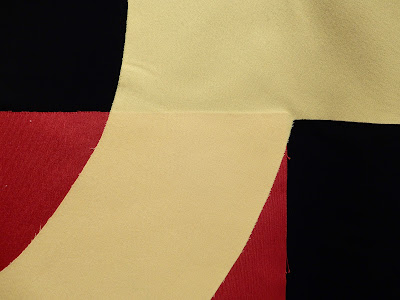 As you can see from the details, the construction is indeed on the casual side.  The pink and green one is drooping, without any interior structure to hold the layers flat.  The blue and white one looks like it was folded into a box for storage or shipping, and put directly on the wall without a touch of pressing.  The red and black one appears to have its smaller shapes fused on, with fraying edges.

To my eye, the way these pieces are slapped together is so distracting that I have a hard time focusing on the meaning.  When I do, I'm still mystified.

I recognize the fragmented shapes on the red and black one as bits of swastikas and sickles (that must be the Hitler-Stalin cloak) and I suppose the meaning is that totalitarian regimes, whether left or right, are all the same.  I suppose the yellow cloak with the strange maroon joined sleeves is The Good Mother -- are her arms permanently joined to cradle her child or because she's locked in a straitjacket?  I get no clues from the other pieces, and I feel as though each cloak might be stronger displayed by itself instead of in with the others.

I hate to not like fiber work when I see it in a mainstream museum venue, but this batch left me cold.