In almost three weeks of northern Europe, I was able to find surprisingly little art to report on.  We visited four elite museums but had what I would describe as a satisfying art experience in only two of them.  I'll tackle these in ascending order of satisfaction.

I've been disappointed in museums before (read about our bad day in Berlin here and my bad day in Paris here) but at least I always got to see some art.  That was not to be at the Hermitage in St. Petersburg.  According to the National Geographic, the fourth greatest museum in the world, with the largest collection of paintings in the world, but according to Kathy, a dud.

The Hermitage started off as a variety of state buildings, including the royal residence and a large administrative headquarters, so you can imagine that the decor was over the top.  Many, many, many fabulous parquet floors and grand reception rooms: 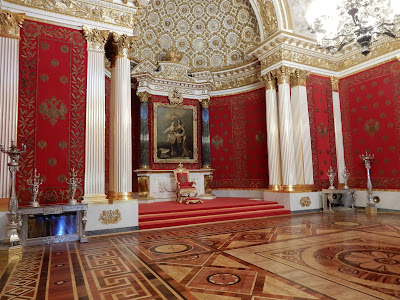 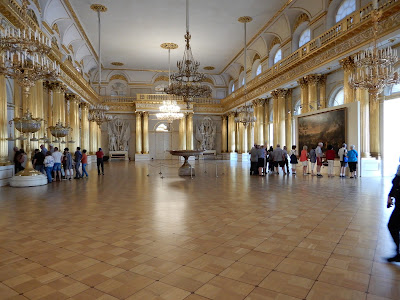 A life-size gold-and-jeweled peacock clock -- on the hour, he spreads his tail: 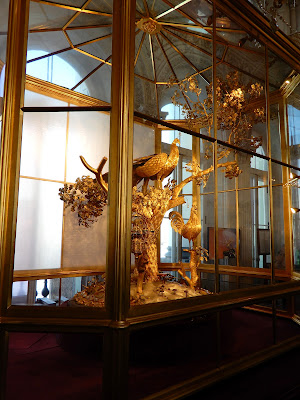 In a huge room crowded with tourists, two tiny Da Vinci paintings, which I could not get close to: 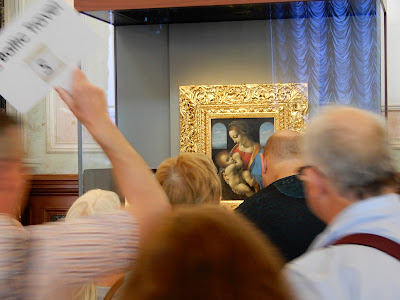 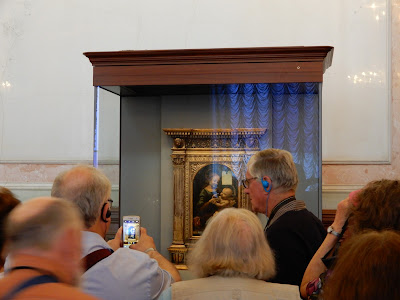 Here, I finally got up close enough to look at some art without 27 people in front of me: 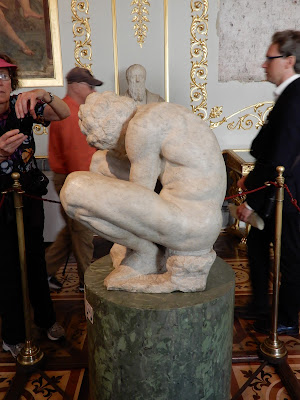 The greatest disappointment was the Rembrandt collection, the largest of any museum in the world with 15 paintings.  We got to briefly pause in front of two of them before being hustled along by the guide. 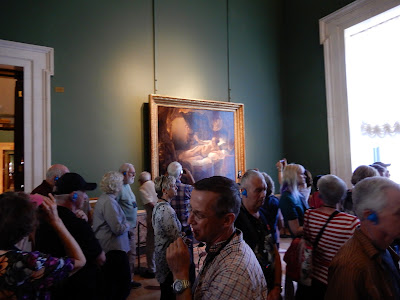 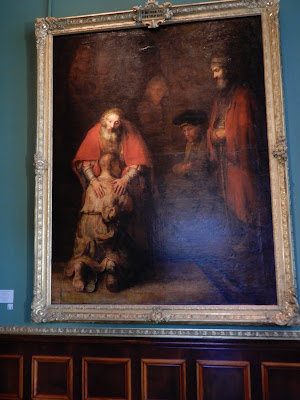 Rembrandt, Return of the Prodigal Son (detail below) 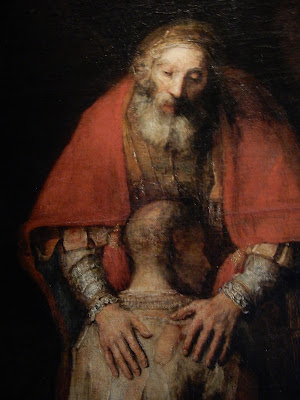 There are three million pieces of art in the Hermitage Collection.  I am not exaggerating:  those six paintings are the only ones I got to stand in front of long enough to take a photo.  What a thrill.