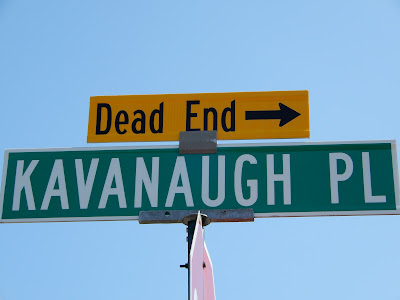 And I don't even have to think about sexual assault to reach that conclusion.  Enough that he's a self-confessed sloppy, obnoxious drunk, filled with rage and entitlement, rude and insulting to the senators questioning him, lying about the meaning of his own juvenile yearbook boasts.  This is the judicial temperament we want on the Supreme Court?

Posted by Kathleen Loomis at 9:41 AM