Seen at Fiberart International, which has unfortunately just closed in Pittsburgh. 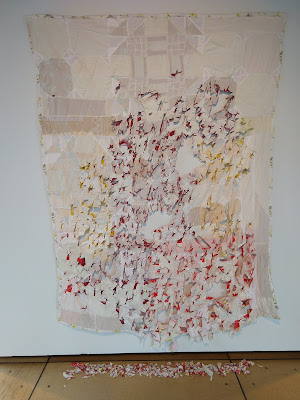 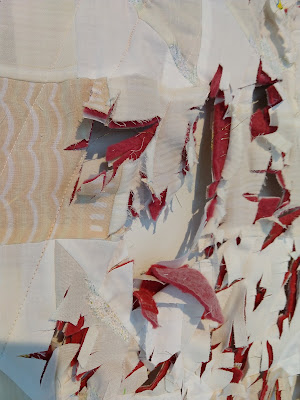 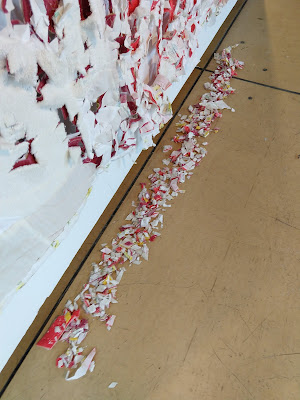 It's sort of a quilt, since it contains batting and is layered in some places, but it's more deconstructed than not.  Apparently after the large hanging was sewed together, the artist went at it madly with a scissors, slashing and snipping lots of holes and letting the cut-off bits pool attractively on the floor.

I liked the use of old garments, towels and sheets; the touches of red that suggest both roses (as in the title) and blood; the nod to traditional quilt patterns; and the audacity of the crude construction and of course, the slashing, 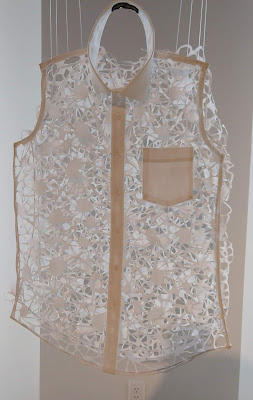 Susan Avishai, No Place to Hide a Dark Heart (detail below) 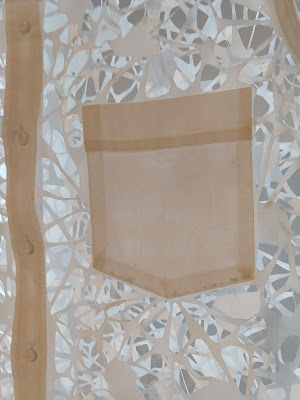 It's four layers of an old shirt, hand-cut with scissors into a lacy pattern and suspended about an inch apart, close enough to the wall that the lace casts intricate shadows.  I like the way the untouched pocket and collar stand out from the filigree of the cut shirt. 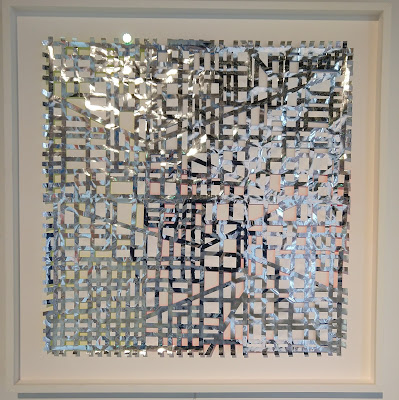 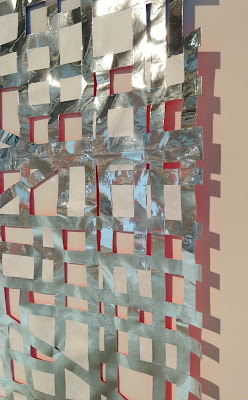 This is a construction of Mylar on Tyvek, and I'm not sure how it qualifies as fiber art except that it vaguely resembles weaving.  What's special about it is the red shadow on the wall, cast that way because the back surface is red.  Clever and intriguing.