Putting holes in previously unbroken materials turned out to be a theme at this year's Fiberart International show, which has been on display in Pittsburgh this summer but just closed two days ago.

My favorite in this category is this pixelated photo treatment made of holes burned into buckram.  There are actually three layers of buckram, hanging about an inch apart, and I think the photo is slightly different on each layer. (It may even be two different people, morphing from one to the other.) 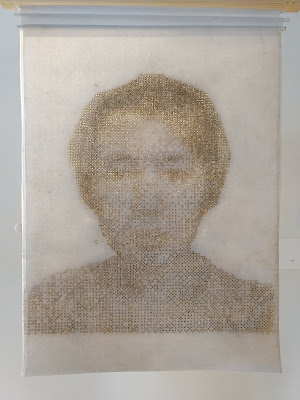 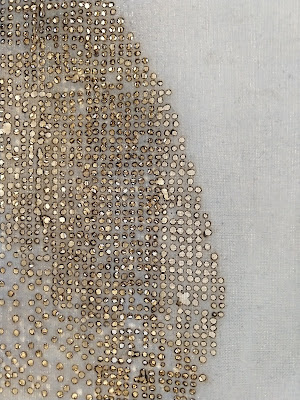 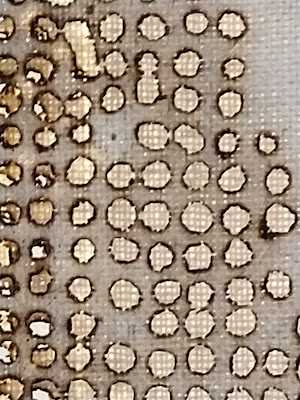 Having worked briefly with burning fabric several years ago, I can appreciate the immense control it takes to burn a regular grid of holes without setting the whole thing on fire, and beyond that, to get exactly enough charred fabric around the edge of each hole to produce value gradations to make the image appear.  An altogether beautiful piece! 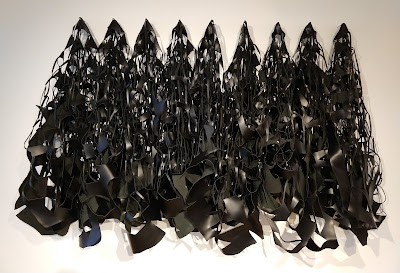 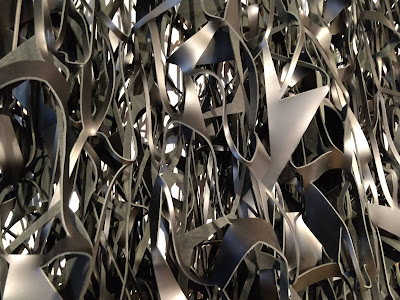 This one is made out of shiny black leather, cut into smooth-edged cascades of loops and shapes and hung against the wall. 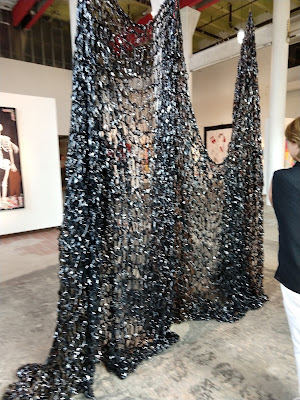 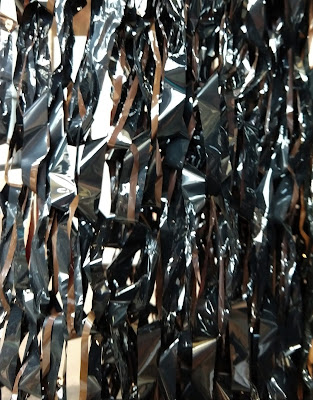 The second one is made of video and audio tapes, removed from their cassettes and looped into an airy curtain in mid-room.  (Apologies for the out-of-focus photos on both these pieces -- cellphone cameras are pretty capable but apparently don't do well with shiny black stuff.)

But wait, there's more!  More holes in the next post...