My readers help with calligraphy

Many times when I write about my frustrations with calligraphy (this year's daily art), readers make suggestions.  I've resolved to try out those suggestions before the year ends -- and yes, I've pretty much decided to stick with calligraphy again next year, because I certainly haven't done all I can do with the task.

Vancouver Barbara said "for a real thrill in randomness try very skinny pieces of cedar bark that have the ends smashed.  The "pen" takes over and you get some incredibly beautiful marks."

Not having any cedar bark at hand, I tried this with a strip of paper and decided it was a disaster. 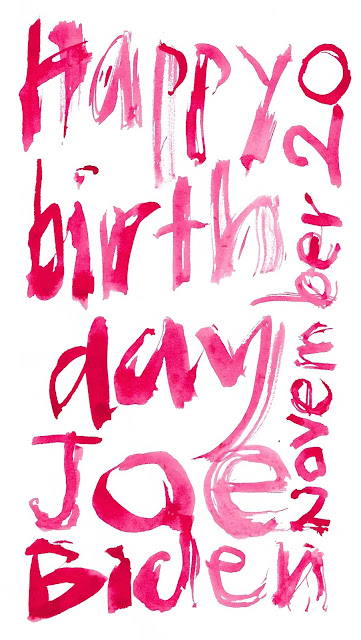 Karen Amelia Brown suggested that I try using a ruling pen, a gizmo with two arms whose distance apart is adjusted with a screw.  (Supposedly the ink stays in between and the outside of the arm stays clean enough to move smoothly against your ruler.)   I vaguely remember my father using a pen like this but I don't think it's in the stash of art stuff that I inherited.  So this experiment will have to wait till I venture out to the art supply store -- probably not in the immediate future.

Mags Ramsay said "using non-dominant hand can bring a fresh approach."  I've known that for a long time but it took her comment to nudge me into actually trying.  I used a fountain pen instead of a dip pen for these experiments because it gave me one less thing to worry about.  I was amazed at how difficult it was to make my left hand do anything I told it to!! 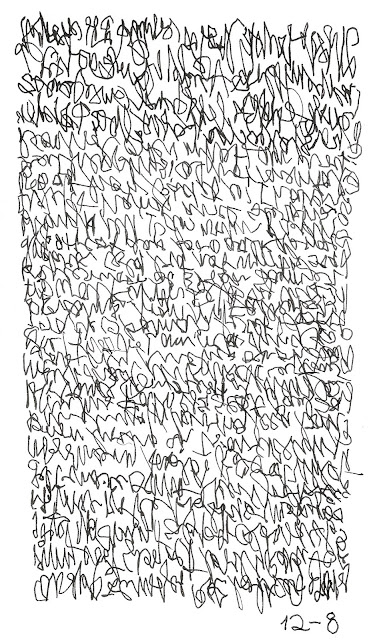 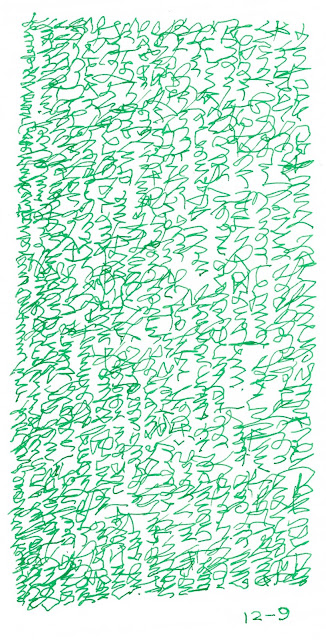 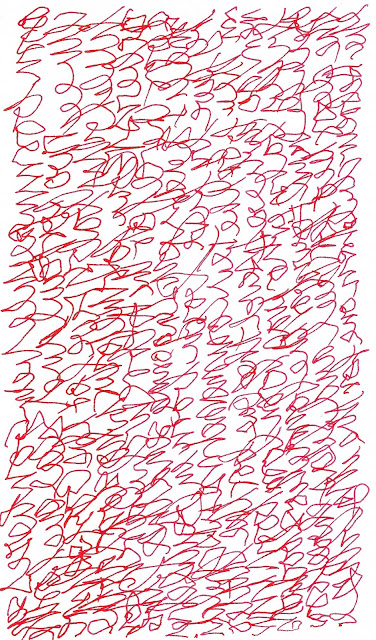 The black writing in the first sample is nonsense letters; the green writing in the second is actual words in German, but written right-to-left.  The red is English, right-to-left.  For green and red I turned the sketchbook sideways so I didn't have to hold my writing hand on top of the spiral binding (new appreciation for the systemic difficulties that lefties face).

All seem equally illegible.  I was pleased with the overall appearance -- the writing maintained its character throughout the page, and was reasonably good-looking as a pattern.  But I'm not sure whether I want to continue exploring this approach, since I have so little control over what happens.

Thank you, readers -- suggestions are always warmly appreciated!  You can check out all my daily calligraphy on my Daily Art Blog.

Posted by Kathleen Loomis at 5:26 PM