More on the details of my five-museums-in-five-days whirlwind.

But before I talk about the museum, here's an art history pop quiz. Who painted the picture below? 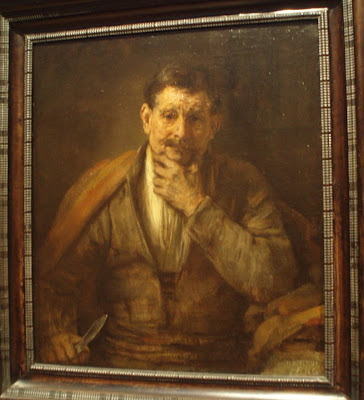 The Getty Center, that famous white temple on a hilltop, is every bit as fabulous as its reputation. The architecture, by Richard Meier, is stunning and the art is fine, too. It’s the wealthiest museum in the world, with a billion-dollar endowment, and you can tell!  Too bad we came during the monsoon, because the gardens were closed along with many of the parapets and terraces from which on a better day you could see vast panoramas of LA. 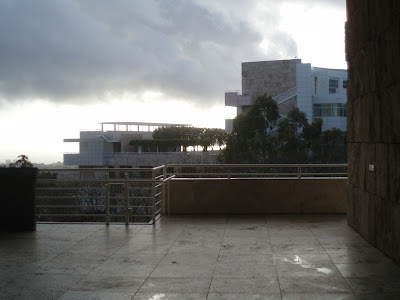 From the standpoint of visitor comfort, the Getty wins brownie points for being the only museum of the five with indoor dining (along with very good, inexpensive food), also for the hundreds of umbrellas provided free for visitors – pick one up as you leave one building, stash it in a big box as you go into the next one. 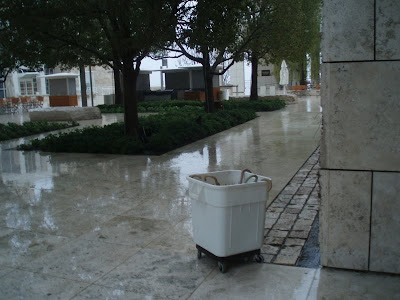 But they lose points for skimpy restrooms. And that’s even after they added more plumbing when Meier’s original buildings proved to be notoriously unfacilitated. They also lose points for lousy signage and directions to get you successfully from one building to another. Turns out you can walk from building to building (at least many of them) without going out in the rain, but try to figure that out from the brochure or the wall signs. It was even hard to figure out what building you were in right now.

Since I’m usually the one who skips the old masters and heads straight for the avant-garde, I was pleasantly surprised at how much I loved the old stuff at the Getty. There were Rembrandts everywhere, lots of great oils plus a huge temporary show of Rembrandt drawings. Also two separate exhibits of old books and manuscripts. I am very familiar with the many types of old religious works, such as Bibles and books-of-hours, which were well represented at the Getty, but was delighted to also discover a huge trove of scientific publications such as maps and texts on science and math. 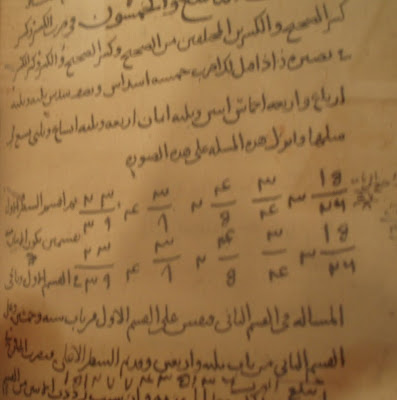 A math text in Arabic from Moorish Spain, 1256.  Notice how they were using the same format for fractions that we use today, with the numbers above and below a horizontal line.

Good thing I found those other things to love, since they don't have any avant-garde at the Getty.  There was one room called "European Art Since 1875" but all it contained was the h-u-g-e and spectacular James Ensor "Entry of Christ Into Brussels 1889" and four or five other nondescript paintings.  Thanks to bad signage one could easily miss the whole room, but one wouldn't have missed much.

By the way, the surprisingly modern-looking gent at the top of the post was done by Rembrandt!  (Saint Bartholomew)  You could have fooled me. 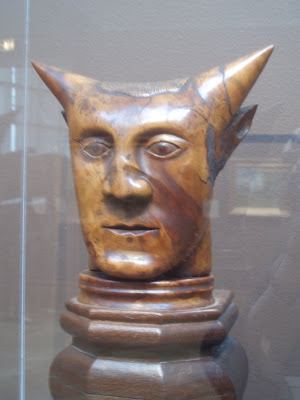 Paul Gauguin, Head With Horns  (I didn't know he did sculpture) 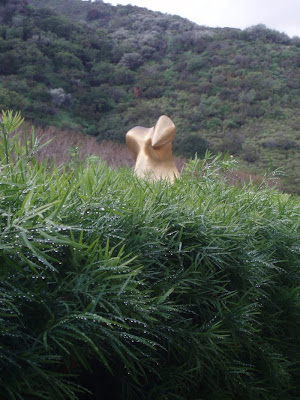 Henry Moore, Bronze Form (just the top part -- too wet to venture into the sculpture garden, and the bus was waiting...)
Posted by Kathleen Loomis at 9:04 PM