LACMA is huge, with eight separate buildings spread over a large campus, and that’s not even counting the adjacent La Brea Tar Pits, which I had happily visited with my kids many years ago. Unfortunately, several of the buildings were closed, as were large parts of two or three others. On the other hand, one building they told us was closed wasn’t, and fortunately that was the one with the good stuff, but we discovered this only by accident. Communication with the visitors doesn’t seem to be a priority here, as you find out about these things only by accident – no signs, no notice boards, no “daily news” flyer as you walk in the door.

The new Eli Broad Building, dedicated to contemporary art, had one floor that I could have easily skipped – Joseph Beuys and Jeff Koons do very little for me. But on the ground floor was the best art in the whole place: two spectacular Richard Serra steel ellipse works, each much larger than any Serra I’d ever seen. If you’re not familiar with this family of works, they’re made out of massive steel plates about 12 feet tall, bent into curvy forms that stand on end and “fence in” areas and corridors that you can walk around and through.

One piece (Band) is shaped generally like an S, but with extra curves so that there are three “rooms” on each side. The other (Sequence) is shaped like a double-walled S, with the two walls forming an S-shaped corridor that you can walk through. If this guy’s name had been Richard Werra there would probably be lots of straight lines and points instead of curves in his work. 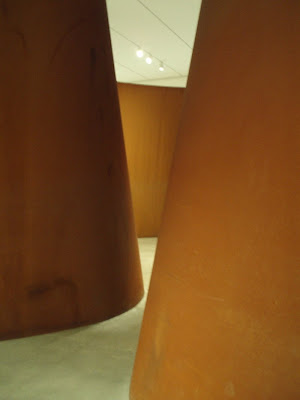 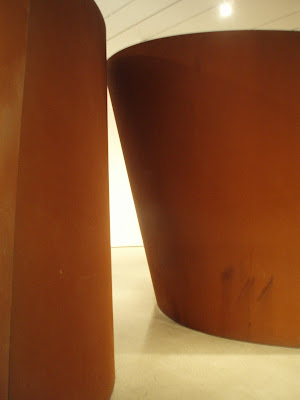 
In the Korean art section I was intrigued by two large fiber pieces, both by contemporary artists. 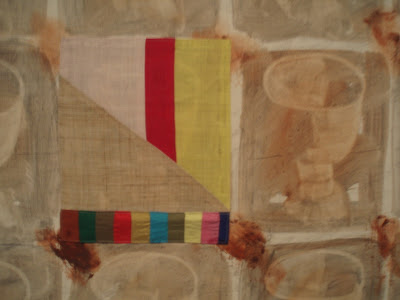 Helen Kwak, Untitled (Tea Bowls) -- detail.  Most of the picture is silkscreened but several foot-square panels of pieced fabrics were collaged over the top. 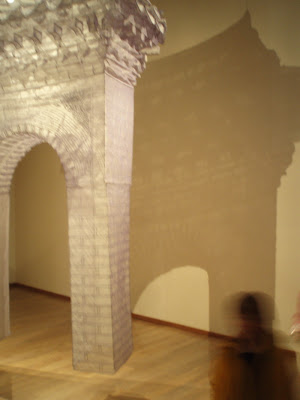 Do Ho Suh, Gate -- a huge, intricately stitched three-dimensional sculpture of silk stretched over metal rods.  You can see from the shadow how detailed the stitching is, and how translucent and ethereal the whole sculpture is. 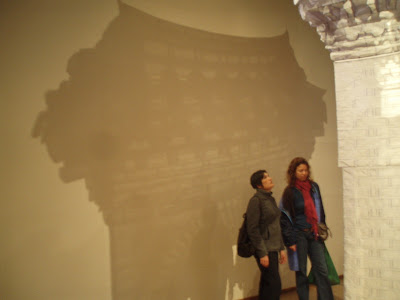 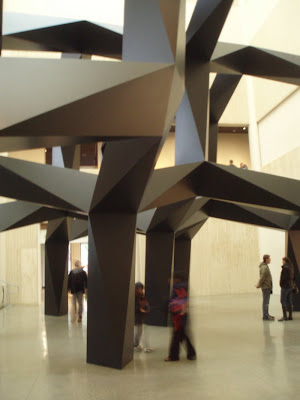 Tony Smith, Smoke -- this view shows maybe half of the sculpture, which takes up the entire entry lobby of the main LACMA building.  People walk through it to get to the galleries. 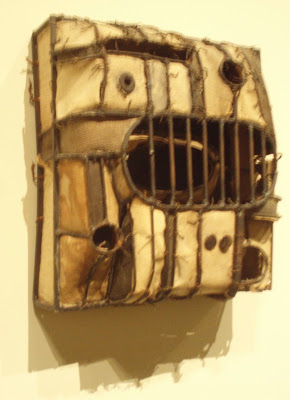 Lee Bontecou, Untitled
Posted by Kathleen Loomis at 8:56 AM