I had the pleasure of speaking at our local Quilters’ Day Out last week. It’s always a challenge to figure out what to say to an audience of mostly traditional quilters without making them feel that you have abandoned them for the rarefied air of “art.” But I feel such a bond with the traditions of quilting that I love to have these crossover opportunities.

Once I read about the concept of “termite art” – obsessive work made of a gazillion little bits assembled together – and decided that it described me pretty well. I thought I would use this as my theme for the speech, because if there’s anything that traditional and non-traditional quilters share, it’s a love for sewing little pieces of fabric together.

I started by displaying probably the most traditional quilt I’ve ever made, one incorporating thousands of 2-inch squares of leftover bits sewed together. (I wrote about my 2-inch squares in a recent blog post.) 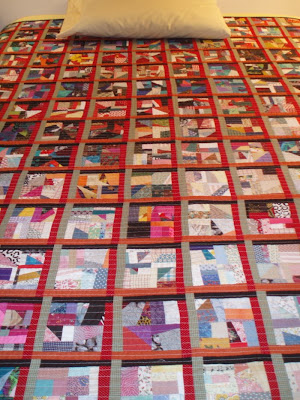 I’ve made those 2-inch squares for years, working on them when I needed the therapy of sewing in a quiet room but was too tired or stressed to do anything requiring actual thinking. The first several thousand went into this quilt, but I kept sewing. One day I realized that my therapy squares were disproportionately green, and it gave me the idea to put them together to make a design. I was on an alphabet kick at the time, so the design happened to be a letter. 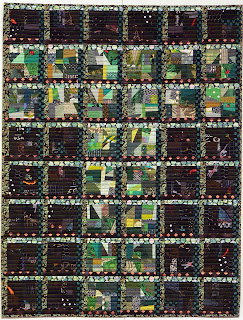 That worked out so well that I made three other quilts with the same concept. 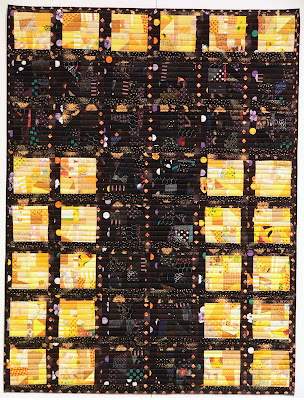 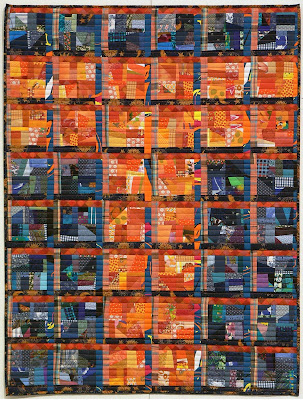 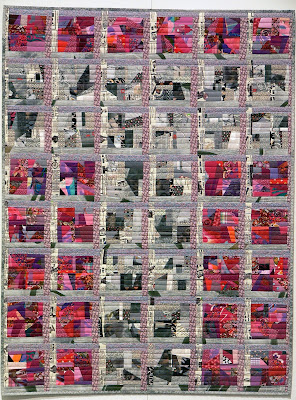 Later I took the concept farther, abandoning the 2-inch square but still using bits of pieced work to make up large expanses of monochrome. 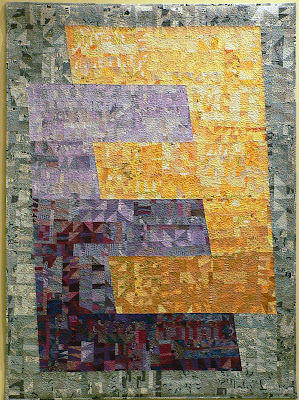 I'll post later this week about other series that I think qualify as termite art.

Posted by Kathleen Loomis at 3:37 PM